Ranveer Singh is one of the brightest stars of the Bollywood industry. We take a look back at his inspirational journey to stardom.

"Thank you, for allowing me to pursue my dreams."

Ranveer Singh has made a name for himself in Bollywood by showcasing his raw talent. The passion, enthusiasm and energy in his performances have bought his characters alive.

Ranveer was born into a Sindhi family in Mumbai on July 6, 1985.

The talent of Ranveer has seen him work alongside many A-list stars, including Deepika Padukone, Alia Bhatt, Priyanka Chopra and Anushka Sharma.

His versatility has been thrilling to view on-screen, especially working in Padmaavat (2018) and Gully Boy (2019).

Receiving recognition for his great efforts, Ranveer has been praised by his fellow actors and has won many awards. Over time, many opportunities have come his way.

We take a look at the success of Ranveer Singh, which can be inspirational to many others. 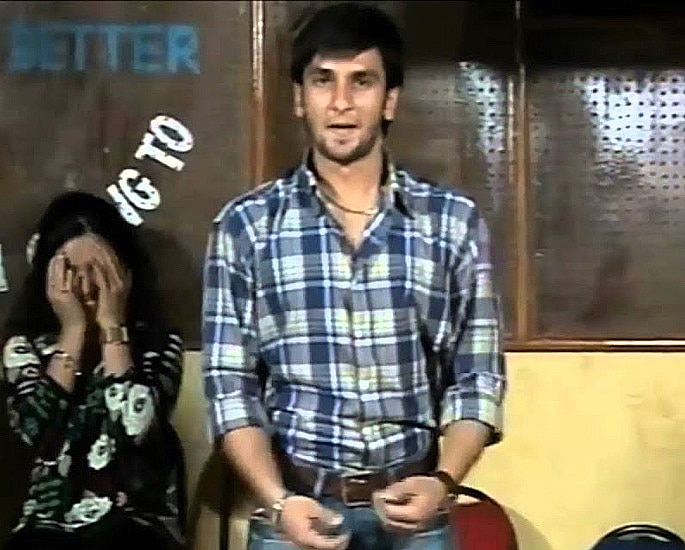 From childhood, Ranveer was fond of acting. He went onto develop a passion for this art form when taking part in school plays. In addition, he had a keen interest in dancing.

Having no family links with the Bollywood industry, Ranveer found it difficult to enter the glamorous space.

Thus, Ranveer made the decision to focus on education, studying Creative Writing at Indiana University in Bloomington, USA. Completing and receiving his Bachelor of Arts degree, Ranveer came back home in 2007.

After sending his portfolio to directors, Ranveer landed a variety of auditions. But unfortunately, he did not receive the right opportunities, getting callbacks for just minor roles. 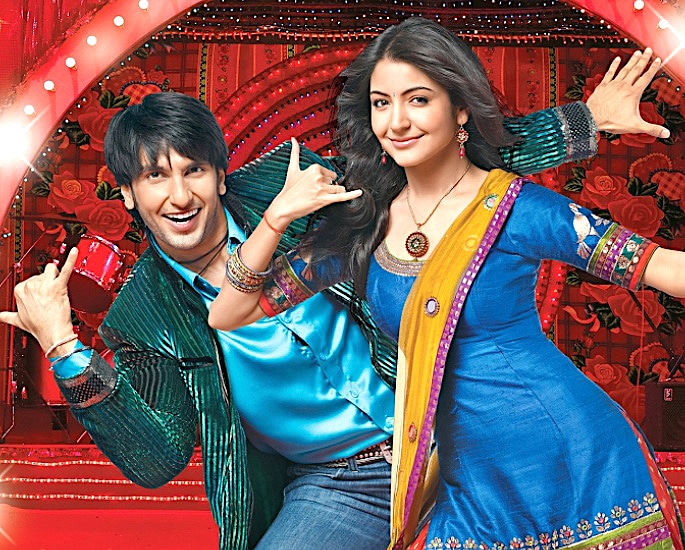 The birth name of Ranveer Singh is ‘Ranveer Singh Bhavnani.’ However, taking into account his long name, Ranveer took the decision to drop ‘Bhavnani’ for his acting career.

Ranveer made his entry into Bollywood with the Yash Raj Films rom-com, Band Baaja Baaraat (2010).

“The role of the male lead is played by newcomer Ranveer Singh, and he makes a confident debut, playing his character’s different shades exceedingly well, at times so well that throughout the movie it is hard to believe it is his debut performance.”

As a result, Ranveer had a good preparation for the role of Bittoo Sharma. 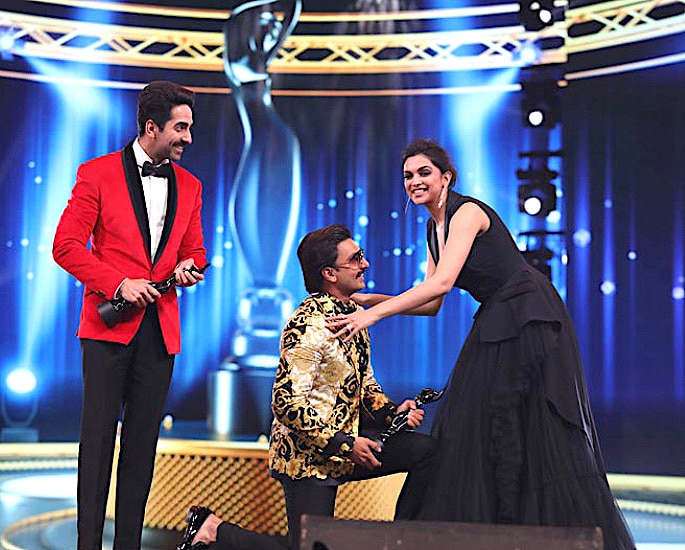 The note-worthy performance of Ranveer Singh in Band Baaja Baaraat saw him win ‘Best Male Debut’ at the  2011 Filmfare Awards (2011). Rightly so, Ranveer also collected ‘Superstar of Tomorrow’ at the 2011 Stardust Awards

After studying books and TV series for his character, General Bajirao I in Bajirao Mastani (2015), Ranveer claimed ‘Best Actor’ at the 2016 Filmfare Awards.

“Thank you, very much, for this honour.

“Ladies and gentlemen I’d like to tell you that one of the greatest honours and one of the best parts of all this is the fact that I was nominated alongside my screen idols, the one and only Mr Amitabh Bachchan.

“Sir, I share this with you. Along with Shah Rukh sir, Salman sir, thank you for inspiring me to be an actor, thank you sir.

“Which brings me to my parents, who are here tonight. Thank you, for allowing me to pursue my dreams.

“For encouraging me every step of the way to go after something which seemed too far-fetched for us.”

In the film, his character marries Kashibai (Priyanka Chopra). Despite this lawful relationship, Bajirao desires for princess Mastani (Deepika Padukone).

The electrifying performance by Ranveer as Sultan Alauddin Khilji in Padmaavat saw him winning ‘Best Actor’ at the 20th IIFA Awards in 2019.

“Ranveer Singh you magnificent person! How you’ve done this??? Epic epic epic! Blown me away and how! Pure magic in Padmavat!!!!!!”

His character Sultan Alauddin Khilji is told about the grace of Padmavati (Deepika Padukone). Subsequently, he goes to pursue her at all costs. 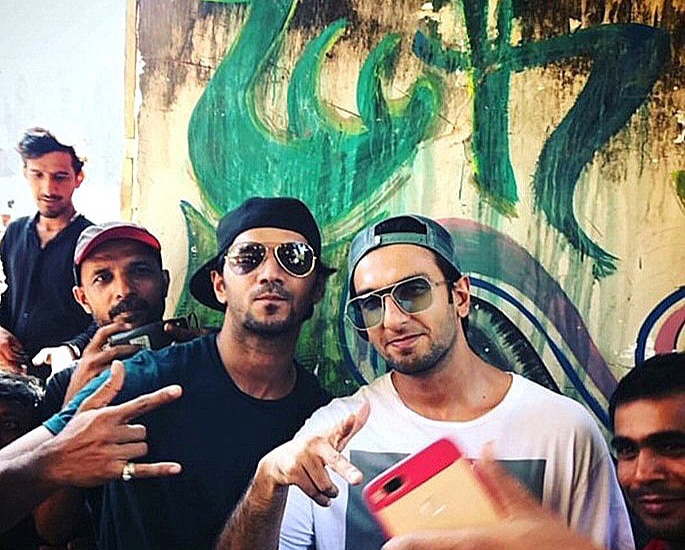 Ranveer Singh is a man of many talents, from showcasing his flexibility in character choices to rapping in films. Ranveer first began rapping in the track ‘Aadat Se Majboor’ from Ladies vs Ricky Bahl (2011).

Featuring briefly, Ranveer surprisingly had a confident flow to his English rapping. Flourishing from this, Ranveer kept an open mind about rapping opportunities that came his way.

Capturing this emotion flawlessly, Ranveer’s voice compliments the lyrics of Javed Akhtar, especially in the line:

[In one world, there are two worlds, one is full of light, another is full of darkness.]

The hook of ‘Apna Time Aayega’ goes well with the performance of Ranveer both visually and from an audio perspective.

His determination to do well reflects in the line:

[Because my time will come, you came empty-handed (into this world), what will you take away (from this world) when you go/die.] 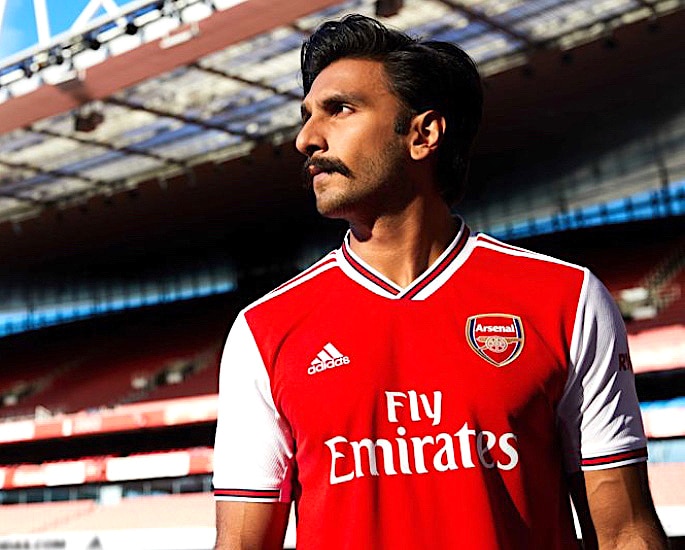 A rise to film stardom saw Ranveer Singh availing many opportunities. Ranveer was instantly drawn to Deepika Padukone when he first set eyes on her at the 2012 Zee Cine Awards.

After working together in several super hit films, the two became husband and wife on November 14, 2018.

A Hindi dubbing opportunity rose for Ranveer when he lent his voice to Deadpool for Deadpool 2 (2018).

Ranveer was the right fit for this role, bringing his traits of energy, passion and fun to it.

His acting skills, popularity and positive energy saw him land many brand endorsements, including Colgate, Head and Shoulders, JBL and Adidas.

Ranveer and his co-stars donned Adidas apparel such as tracksuits and trainers for Gully Boy.

On July 1, 2019, Ranveer went onto model for the new kits of Arsenal, the football club he supports.

Additionally, Ranveer will endure further fame when his wax figure comes to Madame Tussauds London and Singapore from 2020 onwards.

Ranveer Singh is only going to get bigger and better, making his name shine even brighter. His performances will leave fans feeling joyous, creating memories for years to come.

Himesh is a Business and Management student. He has a strong passion for all-things Marketing related as well as Bollywood, football and sneakers. His motto is: "Think positively, attract positivity!"
Aishwarya Rai to voice Maleficent: Mistress of Evil in Hindi
Roger Federer asks Desi Fans which Bollywood Film to Watch!