Bajirao Mastani is a Historical Masterpiece

Bajirao Mastani has created a lot of buzz and eagerness ever since it was first announced.

There were expectations from the stellar cast of some of the biggest names in Bollywood involved, the grandeur in its production, the fiery ‘real to reel life’ chemistry of Ranveer Singh and Deepika Padukone and trailer material scorching curiosity.

Bajirao Mastani is about the personal life of 18th-century Maratha general Bajirao Ballal Bhat (played by Ranveer Singh), who fought and won 40 battles against the Mughals with the intention of creating a unified Hindu kingdom.

Kashibhai (played by Priyanka Chopra) is Bajirao’s first wife, whilst Mastani (played by Deepika Padukone) is his mistress.

The film could not be released at a better time because in a year filled with mediocre and not extremely memorable films, 2015 finishes with a film that is sure to sweep away multiple awards. 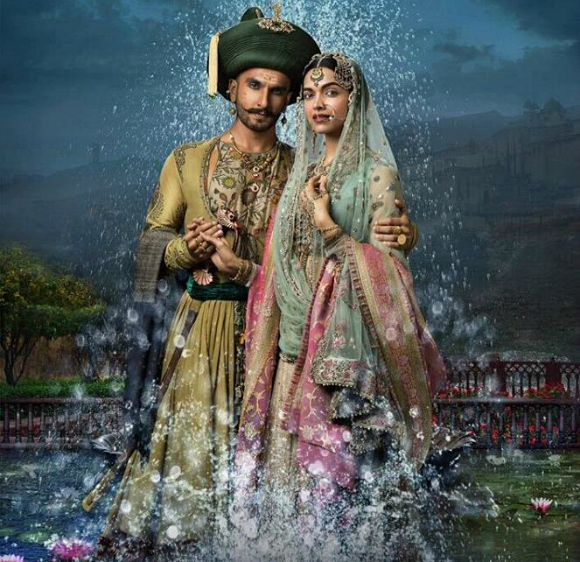 It also boasts some of the best performances of the year. It is difficult to consider any other three actors who could have given justice to the roles as much as Ranveer, Deepika and Priyanka have.

Ranveer Singh is powerful as the Maratha general and his performance is a labour of his hard work. Ranveer lives and breathes the role of a warrior, lover and leader.

This is even shown through his rigorous training in Indian martial arts, such as Kalaripayattu, and horse riding where he shines in the war scenes, slashing the enemy with a sword while riding a horse.

Deepika Padukone looks stunning in every still and dances with so much grace, particularly in ‘Mohe Rang Do Laal’, ‘Deewani Mastani’ and ‘Pinga’.

You cannot take your eyes of her and after a year of incredible and diverse performances in Piku and Tamasha, she only continues to transcend above her contemporaries. Her portrayal of Mastani is gorgeous, fierce and immensely passionate.

However, it is Priyanka Chopra’s acting that shines through and remains with you even after watching the film. Many may have questioned her choice of being in a film where the main storyline revolves around Ranveer and Deepika. 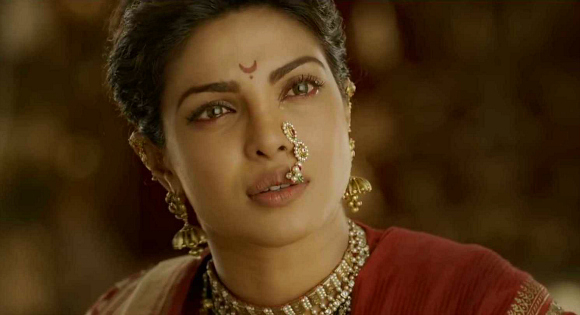 Even without saying anything, her expressions convey her emotions. The audience can truly connect with her; her plight, her vulnerability yet strength. It touches your heart and leaves you with a lot of respect for her.

The ensemble cast of Bajirao Mastani is also commendable. Tanvi Azmi, who plays Ranveer’s mother, reinforces the role with much power and elegance.

Sanjay Leela Bhansali once again brings a larger than life magnum opus, which no other director would be able to give justice to. He puts attention to detail into everything – from the set, costumes, music, choreography, and of course, the performances.

The film is a visual spectacle. The director’s effort and attention to detail is clearly visible in the sets created, costumes adorned, the soundtrack and the choreography. Sanjay Leela Bhansali successfully manages to recreate the powerful and culturally rich Maratha kingdom of the early 1700s. 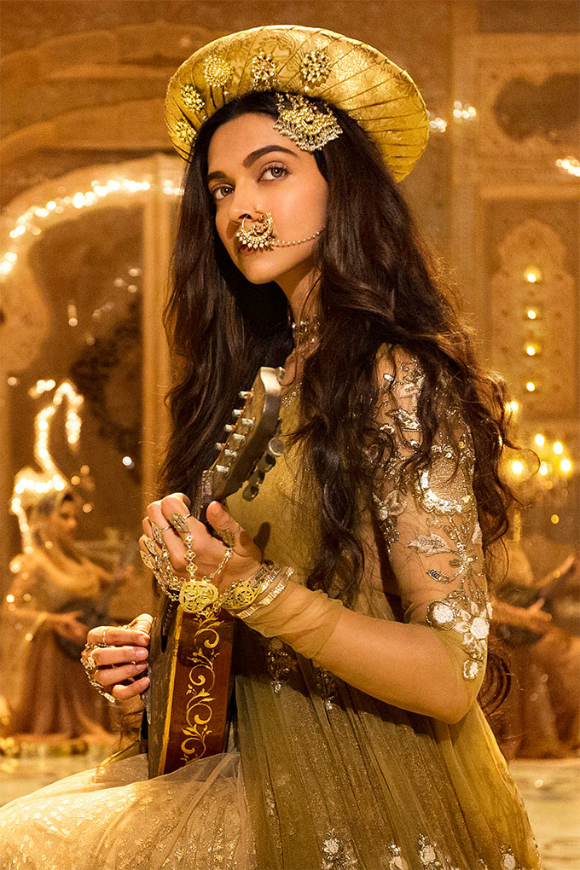 Credit must be given to Anju Modi, Deepika’s designer, who adds to Mastani’s elegant and beautiful persona with her well-crafted dresses, Mastani’s exquisite jewellery designed by the Delhi-based jewellers Shri Hari Diagems, and the grand battle scenes with ample use of CGI.

The only flaws of the film lied in its music and screenplay. The music fitted extremely well with the picturisation and the cultural themes of the film.

Overall, Bajirao Mastani emerges as one of 2015’s finest films. Watch this magnum opus for its grand and opulent scale and commendable performances by Ranveer, Deepika and Priyanka.

Sonika is a full-time medical student, Bollywood enthusiast and lover of life. Her passions are dancing, travelling, radio presenting, writing, fashion and socialising! “Life isn’t measured by the number of breaths taken but by moments that take our breath away.”
SRK and Salman celebrate Friendship on Bigg Boss 9
Star Wars: The Force Awakens for Real