Bollywood couple Ranveer Singh and Deepika Padukone tied the knot on November 14 and 15, 2018. DESIblitz looks back on the pair’s love story.

"I don't know what is love, but what I am feeling is quite strong"

Bollywood power-couple Ranveer Singh and Deepika Padukone were married on November 14 and 15, 2018.

The two had been in a relationship since 2013.

Prior to their wedding announcement, the couple did not confirm their relationship. The couple had been inseparable since their first film together.

The pair has been lauded for their on-screen chemistry by critics and fans alike, making them one of Bollywood’s most loved Jodi’s.

They came together in a trio of Sanjay Leela Bhansali films, including Goliyon Ki Rasleela Ram-Leela (2013), Bajirao Mastani (2015) and Padmaavat (2018).

Similar to other famous Bollywood couples, fans affectionately call them ‘DeepVeer,’ an amalgamation of their first names.

Many admirers have gone on social media to create ‘DeepVeer’ accounts, celebrating the couple’s partnership. Both Ranveer and Deepika have achieved huge success individually and have big fan followings.

But as a pair, they have cemented themselves as one of the most high-profile and followed couples.

DESIblitz takes a look back at Ranveer and Deepika’s relationship over the years, from their first meeting to their fairytale wedding: 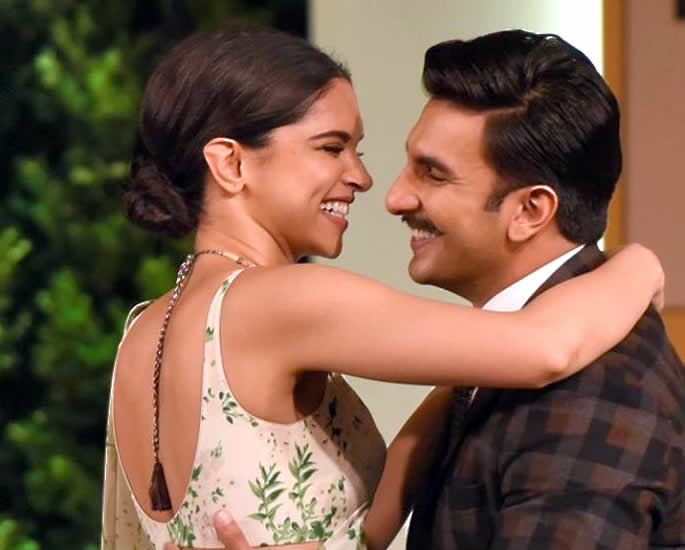 Before starring in their first movie together, Deepika and Ranveer had met and communicated with each other at various social gatherings.

At the 2018 Hindustan Times Leadership Summit (HTLS), Ranveer spoke about the first time he met Deepika.

Ranveer was at a restaurant with his family for a birthday dinner as Deepika walked in.

The actor had eaten something he was allergic to and broke out into hives. At the time, speaking about their first meeting, Ranveer says:

“This is the first time I am meeting Deepika Padukone, who I think is gorgeous, and I want to make a good impression, but I have broken into hives.”

“I remember thinking my take away from that evening was ‘How can anybody look like THAT’.”

Ranveer was clearly smitten by Deepika during their first meeting. However, Deepika did not quite feel the same.

The actress who was with Ranveer at HTLS did share her first experience of meeting Ranveer.

During HTLS, Deepika states: “He’s not my type.”

Although her feelings did quickly changed when the two got together for their first film. 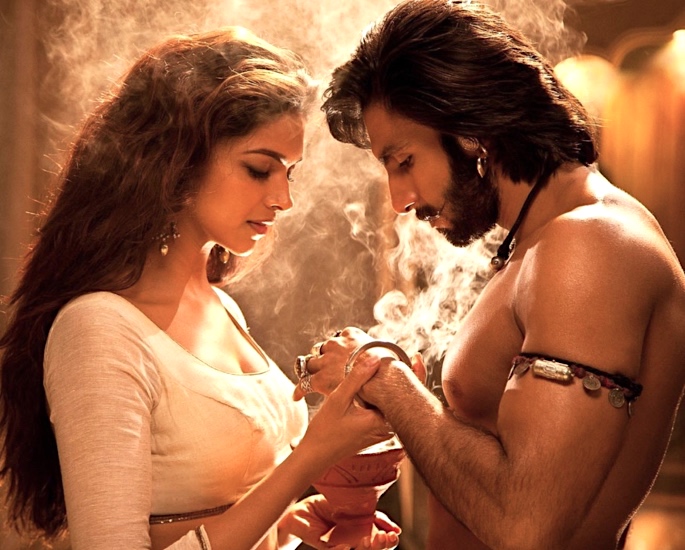 Sanjay Leela Bhansali brought Ranveer and Deepika together for the first time on screen.

The two appeared together in Goliyon Ki Raasleela Ram-Leela (2013). The film was based on Romeo and Juliet (1951-1955) by William Shakespeare.

The movie did receive several accolades including ‘Best Actress’ for Deepika Padukone at the 2013 Filmfare Awards.

However, the main talking point was Deepika and Ranveer’s chemistry in the film. The pair shared plenty of steamy scenes, none more so than in the song ‘Ang Laga De.’

During the shooting of the film, rumours began circulating about the off-screen relationship between the two.

In 2013, Ranveer went to a hospital as he was suffering from dengue. At the time, Singh also mentioned that he had contracted ‘loveria.’

In an interview with the Times of India, Ranveer said:

“When you feel so strongly then you can say I guess I am in love. I don’t know what is love, but what I am feeling is quite strong and I cannot explain it.” 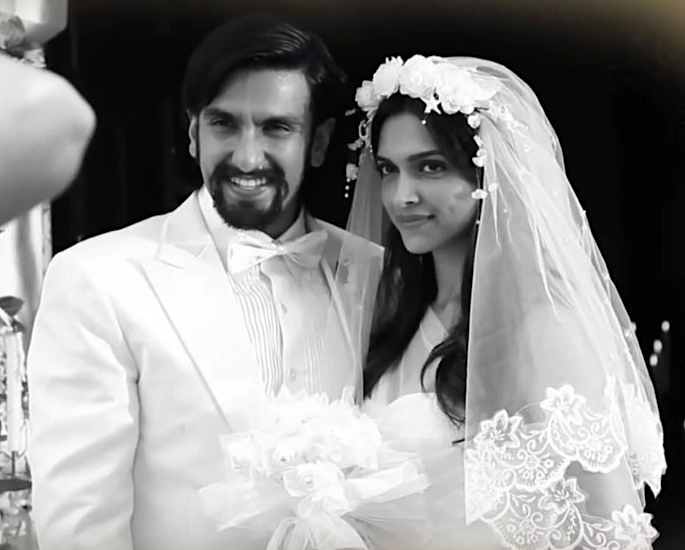 Post-GKRR, rumours of the two being in a relationship did keep circulating over the next few years.

The two fuelled these rumours by visiting each other on sets of their films. In 2013,  first, there were reports of Ranveer travelling to Dubai and being on the sets of Happy New Year (2014).

He was then seen during the shooting of several other films featuring Deepika, including Chennai Express (2013) and Piku (2015).

Deepika was also spotted in Barcelona with Ranveer, where the actor was shooting for Dil Dhadakne Do (2015).

In 2014, Deepika acted in Homi Adajania’s Finding Fanny alongside Arjun Kapoor. Ranveer jumped at the chance to do a cameo in the film as Deepika’s dead husband.

The cameo was a flashback scene where Deepika’s character Angie was marrying Ranveer’s character, Gabo. Ranveer apparently did the cameo free of charge.

Spending plenty of time with one another and getting together for the 2015 new year celebrations in the Maldives, added further speculation of their relationship.

In the same year, at the IIFA awards, much to the delight of his fans, Ranveer went down on one knee before Deepika on stage. Ranveer gifted Deepika with a large, red heart. 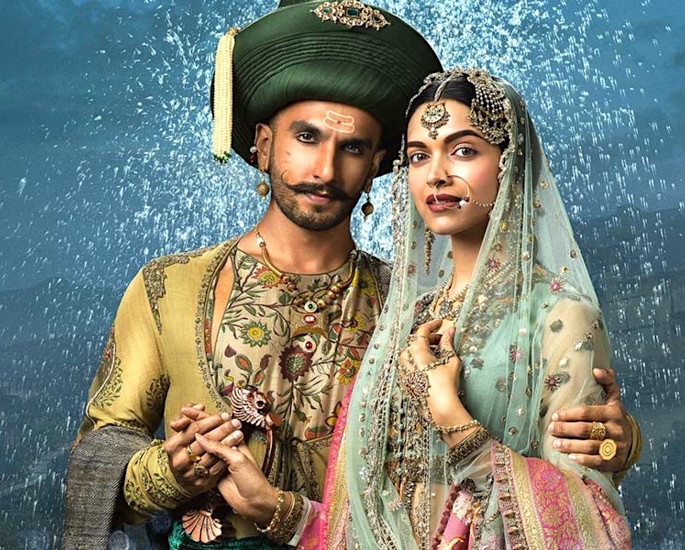 Priyanka Chopra also features in the film, playing Bajirao’s first wife Kashibai. Following the success of GKRR, the duo was again commended for their on-screen chemistry.

In an interview with DNA, Deepika spoke about how emotional she got whilst watching the film. She mentioned:

“I got up and gave Ranveer a big hug, who was sitting next to me, and cried on his shoulder for 10 minutes.”

The two accepted their awards for ‘Best Actor’ and ‘Best Actress’ at the 61st Filmfare Awards in 2016. At the awards, the pair hugged one another, along with embracing each other’s families.

Both delivered emotional and impactful speeches, thanking their parents for raising them the way they did. 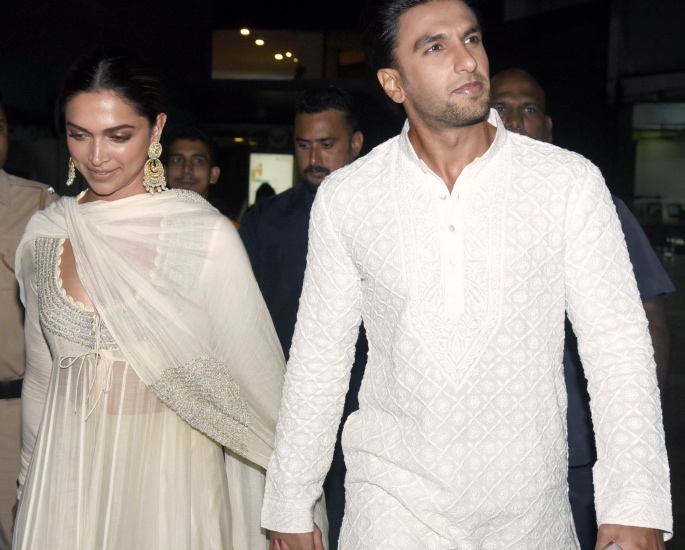 A few years later, Sanjay Leela Bhansali paired Ranveer and Deepika for the 3rd time in Padmaavat (2018). This was the first time the two acted in a film but did not appear in any scenes together.

Deepika plays the titular character of Queen Rani Padmavati, a Rajput Queen from centuries ago.

Alauddin wants Padmavati for himself, going to war against Ratan Singh and the Rajputs.

A few Rajput led organisations did protest against the film, claiming a negative representation of Padmavati.

Sets of the film were later vandalised and director Sanjay Leela Bhansali was attacked. Threats were also made against Deepika, threatening to cut her nose off if the film did release.

As a result, the film’s release date was postponed.

After being cleared by the censor board, the film did finally release, setting the box-office on fire.

Ranveer and Deepika attending a special Padmaavat screening were visibly holding hands with each other. This was yet another sign of the two being in love.

Padmaavat made Rs 302.15 crore (£ 32.7 million) at the box-office in India, making it one of the highest-grossing Indian films ever. 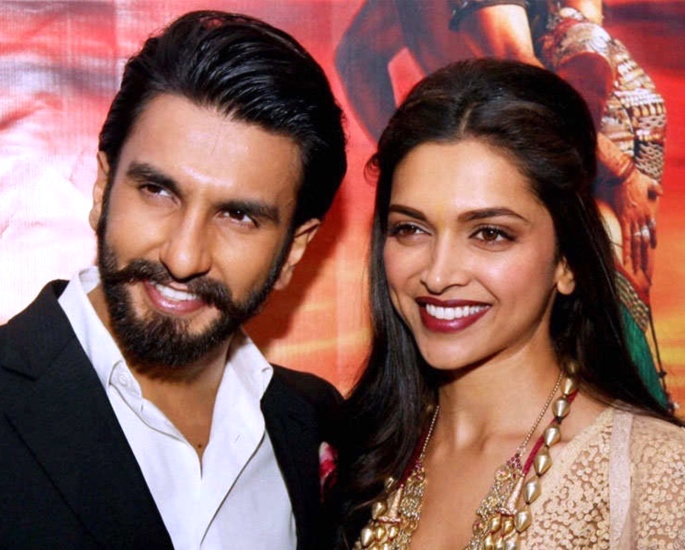 Ranveer and Deepika announced their wedding date on October 21, 2018.

Posting an invitation on Instagram, the two shared their happy news, writing:

“With the blessings of our families, it gives us immense joy in sharing that our wedding is set to take place on the 14th and 15th of November, 2018.

“We thank you for all the love you have showered upon us over the years and seek your blessings as we embark on this incredible journey of love, loyalty, friendship and togetherness.”

Khoobsurat (2014) actress, Sonam Kapoor conveyed a lovely message stating: “Congratulations! And tons of love to both of you.”

Many other celebrities also wished the pair on their exciting news. Post announcement of their wedding, preparations for the big day got underway.

Sources revealed that Deepika had spent around Rs 1 crore (£108,120) on her wedding jewellery.

Pre-wedding festivities were also enjoyed before the big day by the happy couple. 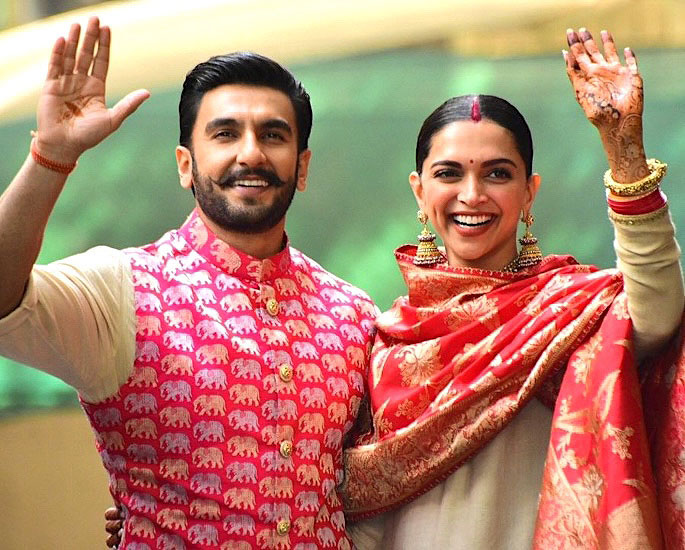 ‘DeepVeer’ officially got married in a two-day ceremony in Lake Como, Italy. On November 14, 2018, the pair had a traditional Konkani style wedding surrounded by close family and guests.

The couple had a second ceremony on November 15, 2018, as per Ranveer’s Sindhi background.

The two ensured the wedding was royal in every sense, with both Deepika and Ranveer opting to be dressed head to toe in Sabyasachi.

The wedding venue had stunning flower arrangements and candelabras, adding to the regal theme. The couple also set sail aboard a Royal Riva Tritone boat from the 50-60s, worth Rs 4 crore (£435,000) on their wedding day.

After both ceremonies, the couple shared their first official photos as husband and wife on social media.

Fans and colleagues from the film fraternity went on Instagram and Twitter to express their excitement and wish the new couple well.

The newlyweds touched down in Mumbai, India on November 18, 2018. With their arrival back home,  further pictures of the two were shared on social media.

The loving and smiling couple can be seen waving at their fans in the images.

Ranveer and Deepika followed suit of another on-screen Jodi who went on to tie the knot during the same decade.

Saif Ali Khan and Kareena Kapoor Khan who came together for Kurbaan (2009) married each other on October 16, 2012.

Despite Ranveer and Deepika dating other actors in the past, it looks as if they were always meant for each other.

Ranveer and Deepika will no doubt have many more celebrations together, particularly marking special moments.

Whilst both of them have achieved tremendous success professionally, Ranveer Singh and Deepika Padukone seem very happy as they embark on this new journey as a married couple.