Bollywood couple Ranveer Singh and Deepika Padukone sail on a royal vintage boat worth Rs 4 crore. The newlyweds got married on November 14, 2018.

The newlyweds got married in a Konkani ceremony on November 14, 2018, in the breathtaking Lake Como, Italy.

After officially becoming husband and wife, the couple went on board a royal vintage boat. As the happy couple set sail on their voyage, fans have been excitedly waiting for images of the pair.

According to reports, the pair did travel from the wedding venue to the Casta Diva resort on their expensive purchase.

A media report by Republic World states that Ranveer and Deepika chose a Riva Tritone vintage boat to set sail on.

The Riva Tritone is a twin-engine boat, built from 1950-1966. Carrying a maximum of 8 passengers, there were only 221 boats built. 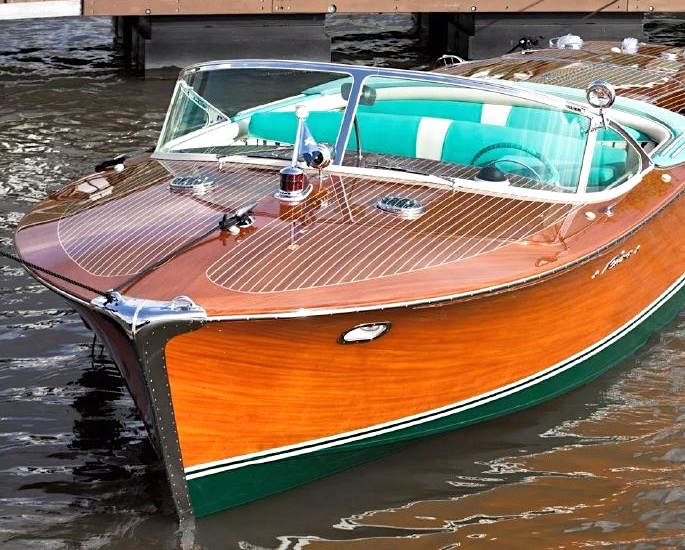 There has been a lot of social buzz around Ranveer and Deepika onboard this classic boat. One fan on Twitter highlighted the worth of the boat, tweeting:

The guests also went back to the resort via large boats. On November 14, guests were seen arriving by boats, as they made their way into the wedding venue.

The royal vintage boat was not the only regal aspect of the wedding. A few glimpses into the special day have made their way onto social media. 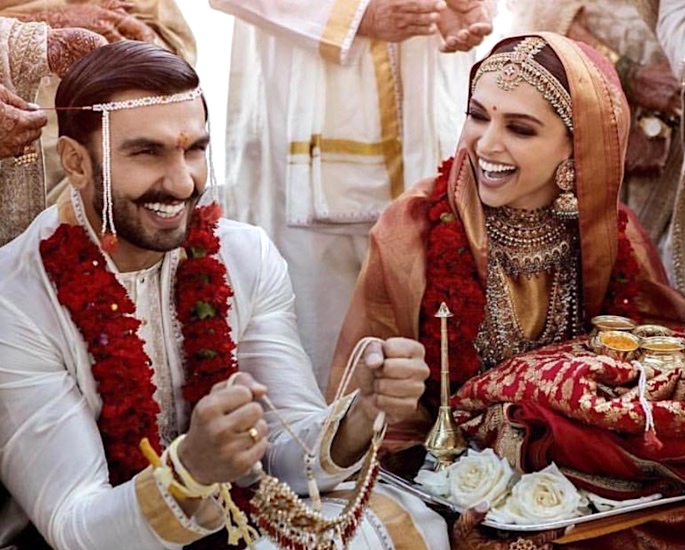 Deepika posted a picture on her official Instagram of wedding day 1. In the photograph, the couple who are smiling all the way went for a royal gold, ivory and red theme.

The wedding reception venue also kept to the royal theme. In the pictures, we can see that the pair has stuck to a white, gold and pink colour scheme.

Adding to the royal and regal theme, stunningly beautiful flower arrangements are placed on each table. Gold candelabras are perfectly lit up, with flowers hanging from the ceiling. 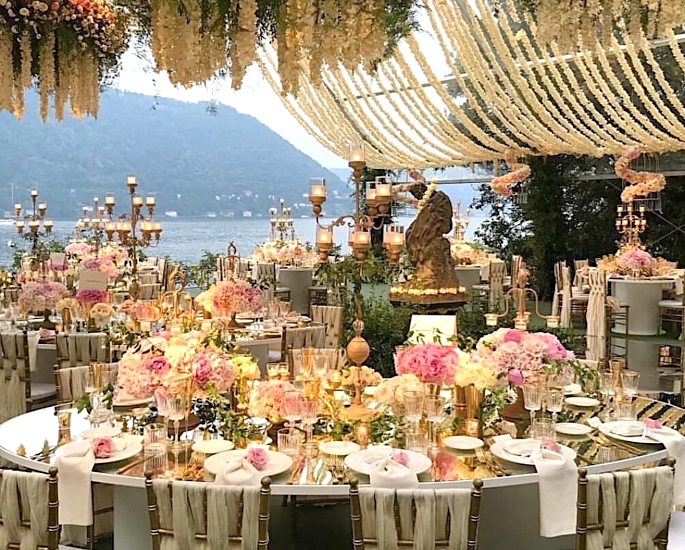 Ranveer and Deepika are no strangers to playing royalty on screen. Ranveer Singh played the general of the Maratha Empire, Peshwa Bajirao in Bajirao Mastani (2015).

Now it appears that the two are living like royals, with their extravagant wedding.

Journalist Faridoon Shahryar from Bollywood Hungama shared the venue pictures on his Twitter.

Alongside it, he wrote:

“The arrangements for #DeepveerKiShaadi are ROYAL in the true sense !!!”

The arrangements for #DeepveerKiShaadi are ROYAL in the true sense !!! pic.twitter.com/C8g1lOCphF

After such a sublime first day of wedding celebrations, the wedding did not end there. On November 15, 2018, Deepika and Ranveer had their second wedding ceremony.

This wedding ceremony took place according to Sindhi traditions. Ranveer is Sindhi, as his grandparents relocate fro, Karachi (present-day Pakistan) to Mumbai, India.

Ranveer shared a picture of the two on Instagram of their Sindhi ceremony. The couple seen in all red are displaying real-life chemistry. 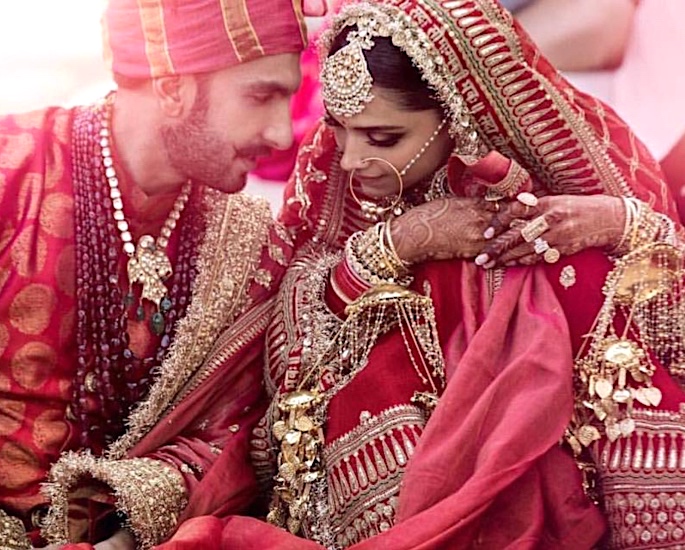 With some pictures gradually releasing, excitement has hit a fever pitch, as the world waits for further pictures of the stunning pair.

In a bid to protect their wedding, maximum security was put into place. Guests were required to show the invitation on their mobile devices, which were scanned by security.

They were also required to wear wristbands in order to enter the venue. Besides this, large boats were patrolling the wedding venue, to ensure paparazzi did not take any pictures.

Despite putting such measures in place, the couple did officially share their first pictures as bride and groom on their respective Instagram accounts.

With the couple travelling on a royal vintage boat, fans can expect to see more images of their royalesque fairytale wedding.

The world awaits on more pictures of the bride and groom during their two-day wedding festivities!