Celebrities Congratulate Deepika and Ranveer on Wedding in Italy

Deepika Padukone and Ranveer Singh have married in Italy in the Bollywood wedding of the year and are not short of congratulations from fellow celebrities!

The pair became husband and wife after a traditional Konkani ceremony in the early morning of Wednesday, November 15, 2018. This was just the start of their two-day wedding festivities.

The wedding ceremony took place at the Villa del Balbianello. An Anand Karaj ceremony, as per Sikh tradition, will be held on Thursday, November 14, 2018.

The second wedding, also in Italy, will be attended by close family and friends. A lot of effort had been put into their Konkani ceremony to make their special day as private as possible.

According to reports, a strict no-photos policy is in place for the guests at their wedding. This has made official photos of the couple elusive. But some images on social media gave fans a glimpse of their outfits.

Ranveer was dressed in a stunning white sherwani embellished in gold prints. 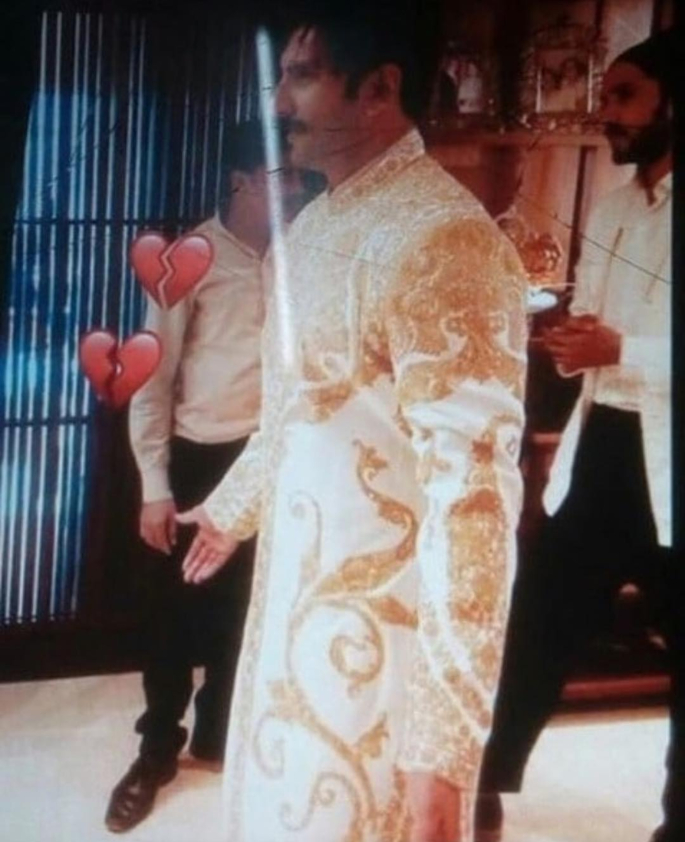 His bride Deepika was spotted in a gorgeous red and gold saree, although she was mostly covered by umbrellas. 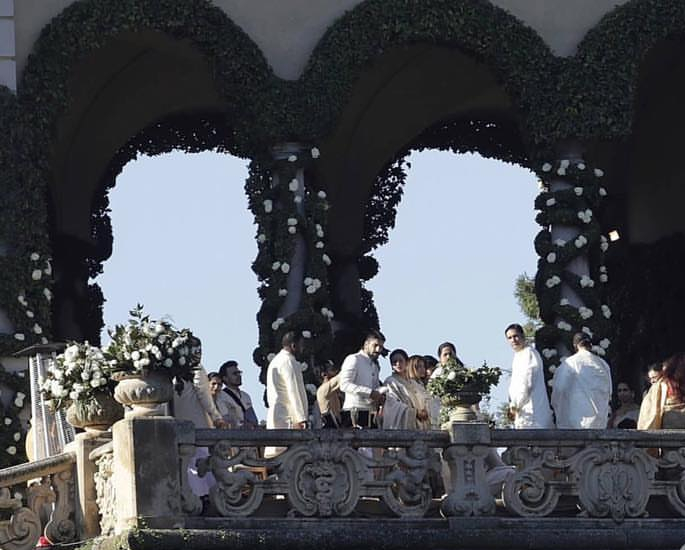 Videos of the picturesque venue have been shared on social media sites like Twitter as seen in the visuals below:

Their wedding was one of Bollywood’s most anticipated for 2018, especially as both stars have a huge following. Many Bollywood stars sent their congratulations to the couple, known as DeepVeer by their fans.

“Heartiest Congratulations to the newly weds Deepika and Ranveer. Wishing you both a happy married life.

“It’s blissful to see love culminate into marriage. Loads of love and big hug to you guys.”

There were reports that Karan Johar had already seen the wedding picture of Ranveer and Deepika. However, he took to Twitter, denying the claims. He wrote:

I have not seen ya! I want to see just like the rest of the nation does ? https://t.co/jTtX35z5n8

“Wishing you guys a lifetime of togetherness, love and happiness Ranveer and Deepika. May this be the best chapter of your life. Make the most of it. God bless!”

It was not just the stars of Bollywood congratulating the newly-weds. Television host and comedian Kapil Sharma went  on Twitter, tweeting:

“The most beautiful couple of this world. May god bless u with all the happiness n love.”

After six years they finally announced that they would be getting married, courtesy of a post by Deepika on Instagram

It was also reported that Deepika and Ranveer’s wedding would be one of Bollywood’s most luxurious, with the actress rumoured to have spent Rs. 1 Crore (£105,000) on her jewellery.

This is just the first of their two-day festivities. Deepika and Ranveer will have another ceremony on Thursday, November 15, 2018.

While no further details or pictures of the married couple have been released, it will only be a matter of time before fans see the beloved couple as husband and wife.

DESIblitz waits to see more of this adorable couple, now in marital bliss!

Dhiren is a journalism graduate with a passion for gaming, watching films and sports. He also enjoys cooking from time to time. His motto is to “Live life one day at a time.”
Sharon Carpenter talks Career, Inspiration & HQ Trivia
Popular Condom Brands congratulate Deepika and Ranveer