Deepika Padukone reportedly spends Rs 1 crore on her wedding jewellery. She will be tying the knot with Ranveer Singh on November 14-15, 2018.

"She spent around a crore of rupees within a matter of minutes and left.”

The Padmaavat (2018) star shut down a store in Andheri so that she could comfortably choose her jewellery.

One of the most extravagant purchases was Deepika’s mangalsutra. The mangalsutra is the necklace that the groom ties around the bride’s neck.

Padukone splashed out Rs 20 lakhs on the mangalsutra, ensuring all eyes will be on her during the special day. It contains a huge solitaire diamond that will no doubt look stunning on the bride.

Deepika also took the time to buy a gift for her soon to be husband Ranveer Singh. The loved-up star bought Ranveer a huge gold chain.

Sources informed Deccan Chronicle that the store had to be shut while she was shopping:

“We had decided to close the shop early. She spent around a crore of rupees within a matter of minutes and left.”

Ranveer Singh and Deepika Padukone will be marrying in a two-day ceremony on November 14 and 15, 2018.

Although a location has not been confirmed, it has been heavily rumoured that the couple will have a destination wedding.

Lake Como, Italy has been a consistent rumour for the couple’s upcoming nuptials.

The pre-wedding celebrations are in full swing, with the pair engaging in some traditional festivities. 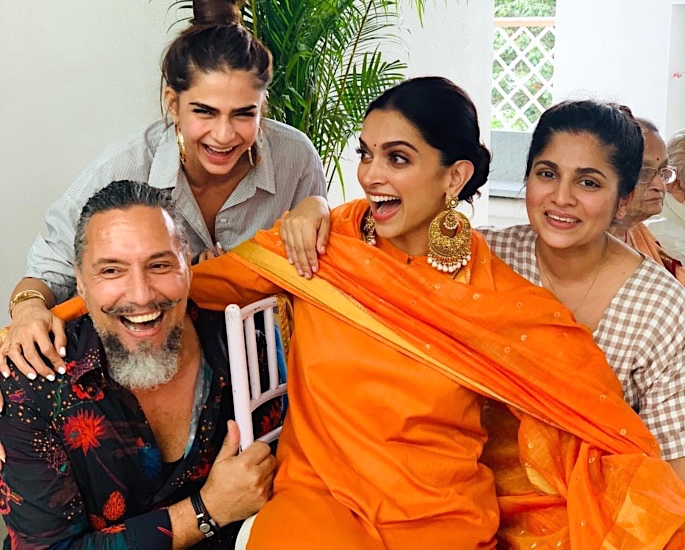 Padukone took part in a  kind of mediational ceremony at her home in Bengaluru. The actress was wearing a bright orange traditional outfit which was made by designer Sabyasachi.

The soon to be bride was gleaming from ear to ear, as she was surrounded by her friends.

Deepika’s friend and stylist Shaleena Nathani posted a picture of the two alongside their friends. She captioned it:

“Can’t wait for it all to start. You deserve all the happiness in the world and more. @deepikapadukone.”

Ranveer also enjoyed his own pre-wedding celebrations, with a haldi ceremony. The actor was wearing a white kurta and looked to be having a ball, dancing and posing for pictures.

The hit on-screen Jodi have been dating for the last 6 years.

The two hit it off on the sets of Sanjay Leela Bhansali’s Goliyon Ki Raasleela Ram-Leela (2013).

All three movies that the couple featured in together, have been directed by Sanjay Leela Bhansali. 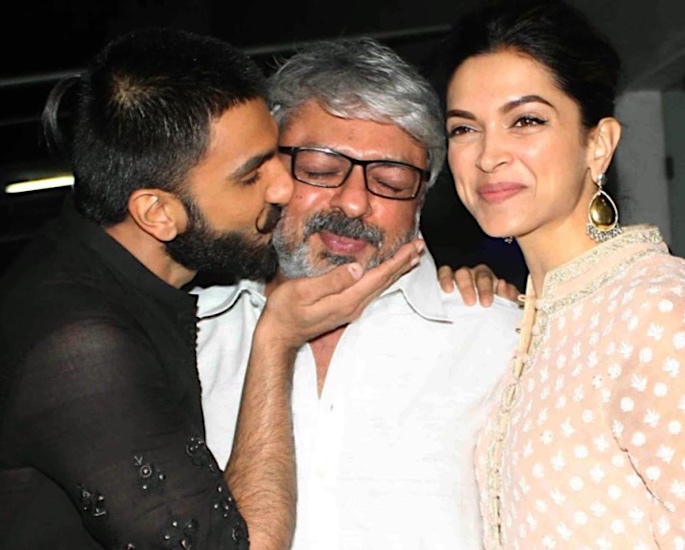 The director is a lucky charm for the two.

According to a report by Mid Day, Bhansali will be one of the lucky guests attending the wedding.

Filmmakers Farah Khan and Aditya Chopra, along with Shah Rukh Khan will also be in attendance.

The source from Mid Day states:

“Given her deep bond with Shah Rukh Khan and Farah Khan who had launched her in Bollywood, Deepika was certain that she wants them by her side on the auspicious day.

We can’t wait to see how the wedding of the year unfolds.

Having spent 1 crore on her jewellery, Deepika Padukone will no doubt look as regal and elegant as we have seen her in Padmaavat (2018) where she played Queen Rani Padmavati.

All eyes will also be on groom Ranveer Singh, to see whether he brings any of his quirky dress sense to the wedding. Time will reveal everything!