An endearing film dealing with the purity of love and romance within mature relationships.

‘Badhaai Ho’ has crossed into the 100 Crores club having earned a box office collection of Rs. 104 crore. This illustrious club has been the playground for the Khans of Bollywood mainly (Aamir, Shah Rukh and Salman).

However, this quirky comedy has managed to elevate itself to the most respected ranking by gaining such a spectacular commercial success.

The question remains though, how did this simple comedy manage to captivate audiences to this extent?

‘Badhaai Ho’ deals with the issue of an unplanned pregnancy at a more mature stage of life. Which from an objective standpoint does not appear to be a laughing matter.

Yet, upon watching the film you find yourself laughing riotously in your seat, while also empathising with the plight of the characters. DESIblitz digs deeper to see how ‘Badhaai Ho‘ became the little film that could. 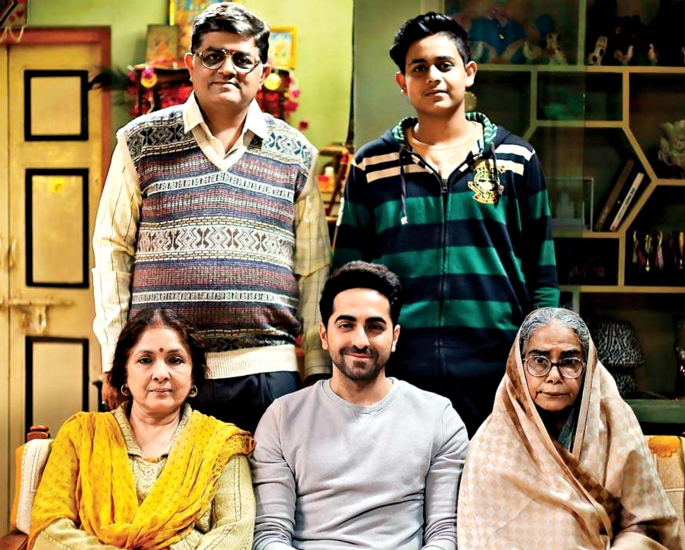 Ayushmann Khuranna plays middle-class elder son of the ‘Kaushik family’, Nakul in ‘Badhaai Ho’. The film opens with the Mother, Priyamvada (Neena Gupta) holding a prayer ceremony in their  Delhi flat for women of the local colony.

Nakul is seen as an ‘ideal son’ listening to his Mother who he clearly dotes on. The family itself consists of two sons, the parents and one especially firey grandmother (Surekha Sirki).

The family is happy enough in their lull of daughter-in-law and mother-in-law taunts and tantrums. That is until Priyamvada becomes ill, a rushed visit to the doctor unveils that she is pregnant.

The film touches on the option of abortion and highlights Priyamvada’s plight of trying to grapple between the idea of abortion versus the shame of being pregnant at such a mature age.

Upon deciding the lesser of two evils, Priyamvada decides to keep her child and that’s when the story really picks up.

This plot deals with slightly more serious issues but balances it out nicely with a tasteful dose of comedy.

‘Badhaai Ho’ took an issue which is normally shrouded in shame and negativity. Then made the audience laugh at how ridiculous it is that society behaves in that way.

A young mother or a mature mother, motherhood is beautiful and people should be less judgemental. This positive message combined with a masterful script helped the team reach their 100 Crores success. 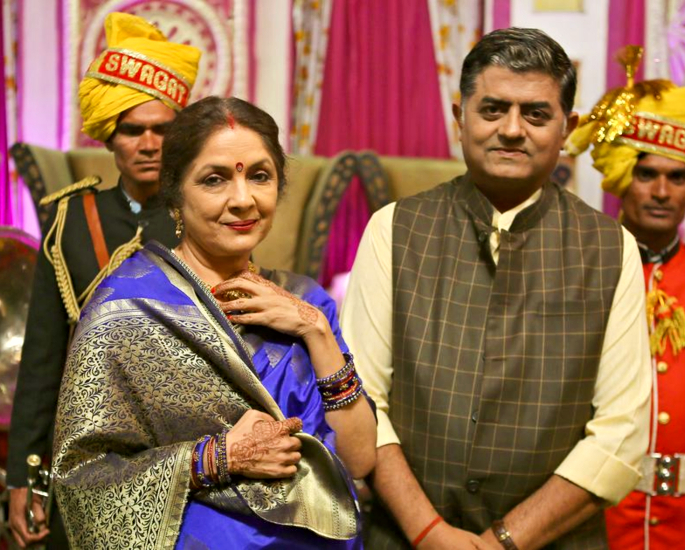 Ayushmann Khuranna is no stranger to roles that shed light on issues pertaining to sex or pregnancy. With films such as Vicky Donor (2012) and Shubh Mangal Savdhan (2017). Which deal with sperm donation and impotency in their separate films.

He is seasoned at taking on such difficult roles. Khuranna has the screen presence required for the audience to find him believable but also endearing.

However, it was Neena Gupta who stole the show. Her strife and emotional turmoil are so convincing and raw, the casting choice was perfect for Priyamvada.

The chemistry and comedic timing between Priyamvada (Neena Gupta) and her husband Jeetender (Gajraj Rao) is also of note. The pair are very sweet with one another as well as extremely amusing to watch on-screen.

The small nuances between the pair such as Rao referring to his wife loving as ‘Babli’ throughout the film, is the kind of attention to detail that has made ‘Badhaai Ho’ such a commercial success.

Malhotra also flexes her acting muscles in this role, with her being the voice of reason, rationality and empathy often defending Nakul’s parents to Nakul.

This film, however, would be incomplete without the biting humour of the ‘Dadi’ (Surekha Sirki). Sirki masterfully has a blunt humour.

Which at times, is so shocking but has just the right amount of punch to have the audience in stitches. 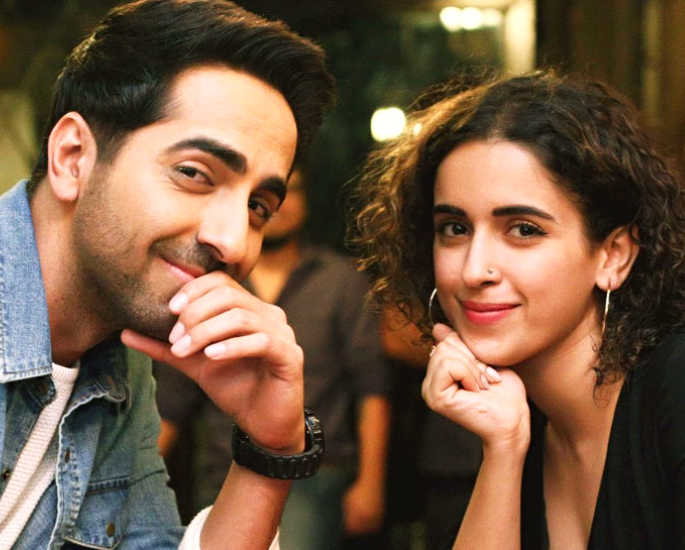 A first not only for Khuranna but also for the director, Amit Sharma. Sharma has previously directed films such as, ‘Tevar’ (2015) but ‘Badhaai Ho’ is his first foray into the 100 Crore club.

‘Badaai Ho’ has also officially joined the league at number 9 for 2018’s highest grossing films, beating ‘Raid’ (2018). The film earned 66.10 Crore in it’s first week in cinemas and has only continued to grow.

“Badhaai Ho to the team of #BadhaiHo !! What a funny, sensitive and sweet film with incredible performances!”

The film has also played muse for ads within India. An endearing film dealing with the purity of love and romance within mature relationships. ‘Badhaai Ho’ has struck a cord with audiences.

Normalising the idea of love within a marriage and family, giving audiences the opportunity to laugh and feel light. ‘Badhaai Ho’ has a connect with audiences that is difficult to replicate.

DESIblitz sends a hearty Badhaai Ho to the team of ‘Badhaai Ho’ on crossing this landmark success.

See the trailer for ‘Badhaai Ho’ below: 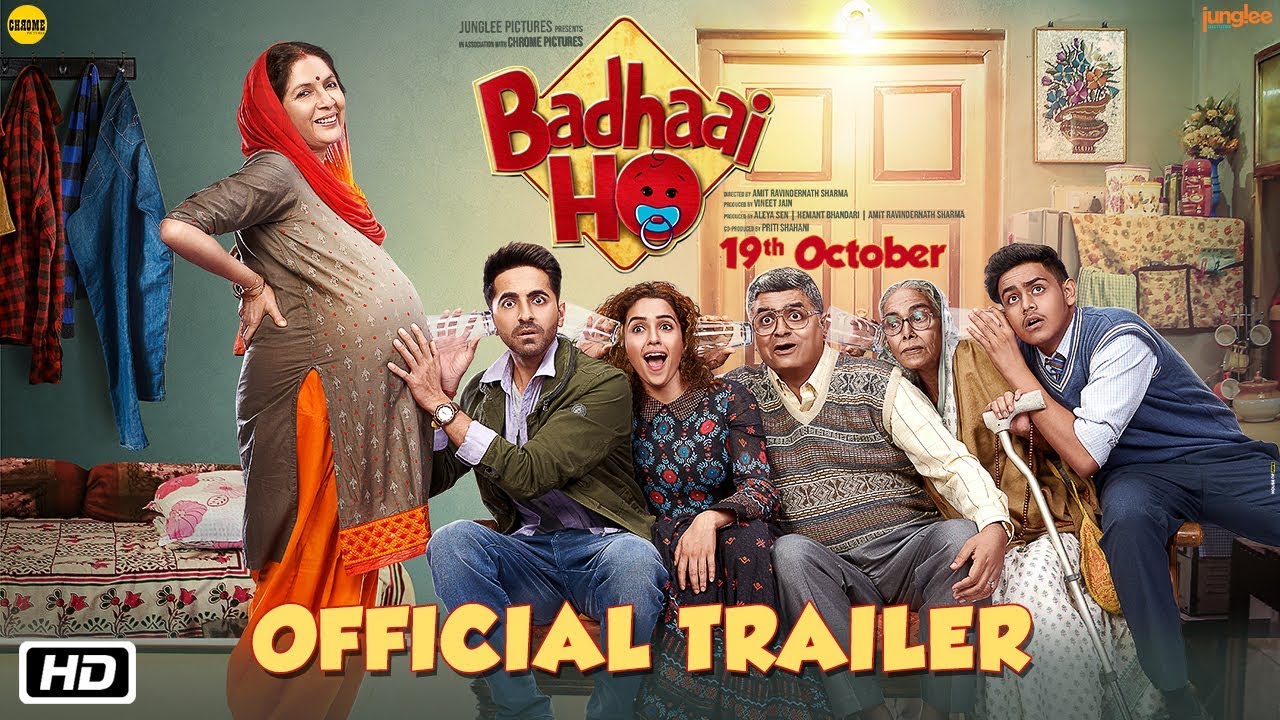