The Three Khans of Bollywood

Khan: The surname that spells magic in Bollywood. The three khans – Shahrukh Khan, Salman Khan and Aamir Khan, all superstars in their own right.

Despite the arrival of fresh faces, they still remain the ‘superstars’ of Bollywood

In this case it makes sense to divide Bollywood into two phases: before and after the Khans. Bollywood before the Khan period is marked by the star quality of the actors and the gravitas of the movies that captured the Indian psyche of that time. The second period explored romanticism on a whole different level which saw the rise of the three Khans as the darlings of the younger generation of India thanks to their inimitable acting styles.

This phase of Bollywood truly belongs to the three Khans.

Bollywood has been ruled by these three actors for over two decades now. The majority of the movies churned out by the industry have more or less solely relied on these actors. Each one of them is fully capable of carrying a film on their own shoulders. 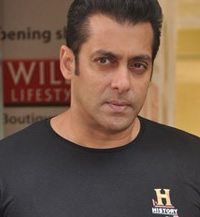 Salman Khan is the most temperamental and ‘risk-hater’ of all three. The eldest son of Salim Khan from the famous Salim-Javed duo, Salman became a household name with his commercially successful second movie Maine Pyar Kiya in 1989. This was followed by a number of successful movies of the times such as Saajan, Hum Aapke Hai Kaun, Karan Arjun and many more. Partner, Dabangg, Ready and Bodyguard were recent successful movies concocted in true Salman Khan style.

Though Salman started his career as a romantic hero, in later years, he concentrated on building his body and transformed into a chest-bearing, action hero. His quote, “I will never get caught in acting because I don’t act. On screen I am like I am in real life” has proved quite right. In his films one could see only Salman, – or ‘Sallubhai’ as he is popularly known, indulging in all sorts of gimmicks to satisfy his fans. As opposed to this image as an impulsive brat, Tere Naam saw him give an emotionally charged performance as an obsessed lover and Phir Milenge earned him rave reviews for his portrayal of an AIDS patient.

Known to support new talent in the industry he has introduced, Shatrughan Sinha’s daughter, Sonakshi Sinha in his film Dabangg. in 2011, he co-produced a children’s entertainment film called Chillar Party which went on to win three national awards, showcasing not only his acting ability but his competence to produce films also.

Despite being referred to as the ‘bad boy’ of Bollywood due to his track record of getting into trouble, Salman has proved that he has a golden heart through various causes he supports. He runs a non-Governmental organisation called Being Human which helps underprivileged children. Recently, he started an online campaign to facilitate the release of Sarabjit Singh, an Indian prisoner held captive in a Pakistani prison.

Criticisms and controversies have not deterred Salman Khan. His recent successful movies have recaptured the trust of producers in him. Salman’s innocent smile and unique dancing style have meant that he is loved by many Bollywood fans all around the world as they keep flow to cinemas to watch him being himself. 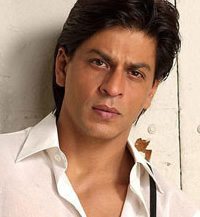 Shahrukh Khan often referred to as the ‘King of Bollywood’ is the most energetic and exuberant of all three Khans. Unlike the other two Khans, Shahrukh does not belong to a filmy family.  He lost his parents at a young age and according to him their death acted as his biggest motivation for hard work.

Starting in TV serials such as Fauji and Circus, Shahrukh entered Bollywood with Deewana in 1992. Quite early in his career, Shahrukh appeared in negative roles like Darr and Baazigar from there he moved onto playing leading roles in a wide variety of film genres such as: romantic films, thrillers, historical dramas and comedies. His long list of successful movies include Dilwale Dulhaniya Le Jayenge, ‘Kuch Kuch Hota Hai’ and ’Josh’ all of which are marked by his unique, quirky mannerisms.

In 2011’s ‘Ra One’ Shahrukh was at his charismatic best as a good video game character,’G.One’, who fights his nemesis,’Ra.One’. He was also credited with writing the film’s console game script and its technical development. In the past, Shahrukh has transformed himself on screen and played more realistic characters with élan in Swades, Chak de India both of which earned critical acclaim. In Don 2 he is seen in a different look with long, unkempt hair and stubble to essay the titular role.

Shahrukh owns a film production company called ‘Red Chillies Entertainment’ under which he produced a number of hit movies like ‘Main Hoon Na’ and ’Om Shanti Om.’ He is also the co-owner of Kolkata Knight Riders the Indian Premier League cricket team that won this year’s IPL trophy.

Shahrukh Khan’s films draw people to the cinemas purely due to their highly entertaining quality that evokes nostalgia and the seductive charm he exudes on the screen as a romantic hero. The mystery element he keeps as a star, perhaps incited by the loss of his parents so early on, further adds to his charm appealing himself to his fans.

King Khan is an entertainer with a larger-than-life image. His effervescent personality illuminates the stage shows and interviews he gives. The energy he exudes and his flow of ideas and thoughts is truly magnificent. His natural scintillating personality and charisma seep well into his on-screen presence.

Shahrukh burst into Bollywood twenty years ago and struck a chord in the hearts of the film buffs with a half nod of the head and a deep-dimpled smile and he’s still stronger than ever. 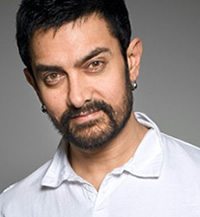 Aamir Khan is the perfectionist among the three and the most bankable star of our time. He was born in a family that has been actively involved in Indian cinema for decades. His father, uncle and cousin have all been film producers and directors.

He started his career as a child actor in his uncle Nasir Hussain’s film ‘Yaadon ki Baarat’ in 1973. Aamir’s first professional success was with ‘Qayamat se Qayamat Tak’ in 1989. This was followed by a spate of romantic movies which projected his ‘chocolate looks’ and established him as a teen idol. These include ‘Dil’ and ‘Jo Jeeta Wohi Sikandar.’

The year 2001 saw the release of ‘Lagaan’ in which Aamir played a village lad who fights Indian injustice from the British through a game of cricket. The film turned out to be a major critical and commercial success and received a nomination for the Best Foreign Language Film category at the 74th Academy Awards. The failure of ‘Mangal Pandey’ was followed by ’Rang de Basanti’ and ‘Fanaa’.

Aamir has taken some remarkable risks in the past few years, portraying some realistic characters as in ‘Dil Chahta Hai’ and ‘Taare Zameen Par’. In wife and director Kiran Rao’s directorial debut ‘Dhobi Ghat’ he played an ordinary metro man, contrary to his larger-than-life image.  His films have bridged the gap between the conventional and art-house movies.  Known to be the most astute person in Bollywood, Aamir acts in only one film a year and never attends any awards ceremony.

Keenly interested in the whole process of filmmaking, Aamir does extensive research about his role and makes a lot of effort to bring the character alive. That explains how he could play a lean, wide-eyed idiot in ‘3 Idiots’ after portraying a six-pack action hero in ‘Ghajini’.

Apart from ‘Lagaan’, Aamir produced three independent movies under his banner ’Aamir Khan Productions’-‘Peepli Live’, ‘Delhi Belly’ and ‘Dhobi Ghat’, all of which have turned out to be successful movies garnering both critical acclaim and mass appeal.

Bound by a common surname and super stardom, the Khans have today become brand material, controlling every aspect of the film industry and adapting themselves to its changing face.

Despite the arrival of fresh faces, they still remain the ‘superstars’ of Bollywood while we bask in the power, passion and energy they radiate on screen.

The three Khans are no stranger to the Indian television audience also. While Shahrukh has hosted game shows ‘Kaun Banega Crorepati’ in 2007 and ‘Zor ka Jhatka: Total Wipeout’ in 2011, Salman has hosted reality game show ‘10 Ka Dum’. Whereas we witness Aamir’s effective use of his power and stardom in dealing with social issues through his talk show ‘Satyamev Jayate.’

It speaks volumes of the great secular nature of India that as a country with a large Hindu population it has three Muslim-born superstars who are illustrious, loved and adored, often act as the face of Bollywood. While Salman’s mother is Hindu, both Aamir and Shahrukh are married to Hindu women.

The demands of the show business have sometimes resulted in these actors taking a dig at each other in the public, often regarding the No.1 position in the industry and this backbiting, apart from serving as media fodder do not perturb the reputation of any one of these Khans.

Defying age and time, the three Khans trio has created a holy space in the hearts of Indian masses as well as the box office.

Lakshmi is Indian at heart with a cosmopolitan outlook. She cannot think of a life without books and music. Her interests range from movies, travelling and writing. Being a vegetarian, she likes to try new tasty and healthy dishes. Her motto is "In life things happen for a reason."
Priyanka Chopra launches Singing Career
Yash Raj is back with Jab Tak Hai Jaan