Aamir Khan is one of the unbeatable greats of the Bollywood world. His extraordinary career has now reached its 25th year. DESIblitz exclusively catches up with Aamir to celebrate.

"I don't regret any films that I have done so far."

2013 sees Indian cinema complete 100 years of film. It is also the year that Bollywood’s own Mr. Perfectionist, Aamir Khan, completes his own 25 years in Indian cinema.

Aamir Khan known as the Superstar, the Chocolate-Face and the Man with the Midas touch, is an unique actor who always chooses quality over quantity.

His film career so far spans the likes of Qayamat Se Qayamat Tak, Lagaan, 3 Idiots, Taare Zameen Par and so many more. The man can really do no wrong these days. Aamir talks exclusively to DESIblitz.com about his incredible journey so far.

Aamir, congratulations on celebrating your Silver Jubilee in Bollywood!

[Smiles] “The time has moved so fast. I don’t understand how fast I have travelled these 25 years. During my debut in QSQT [Qayamat Se Qayamat Tak], I had no idea how long I will survive.

“I was very new and I used to hear that an actor’s life is only for 5 years. After 5 years, people start getting bored of you. I had my own insecurities when I started out.

“And this is the most happiest moment for me where I am a part of this film industry for so long. Coincidentally, the Indian film industry is also celebrating its 100 years along with my 25 years!” 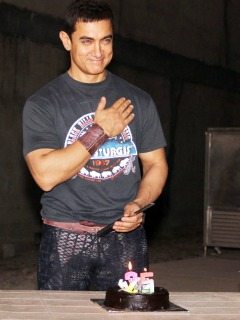 “I would like to thank my audience who tolerated me for 25 years. They saw my films, showered their love and respect to me. The love of my audience is priceless for me.

“After my audience, I would like to thank my family who stood with me every time. I thank my family for the support they have given me, be it my mother, father, Reena ji [His first wife] and Kiran ji.”

Do you believe you were always considered as a powerful star?

“When I was new I had no idea how my career will shape up. My first film QSQT was a blockbuster and I became an overnight star. My world became upside down. But after that there were few films of mine which were unsuccessful. I did mistakes and learned from them as well.

“But when I think of that phase I feel very proud because those mistakes made me a better actor. At that point of time, I made a strict decision for myself. I will not sign a film for money, and I will not do a film for a big banner or a big director.”

“But I will do a film if only my heart is convinced over the script. For the last 24 years, I was firm on my decision. I have always kept a non-compromising attitude when it comes to quality.” 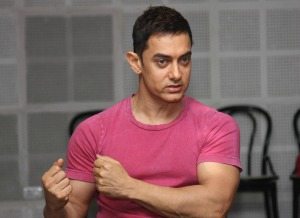 Did you not fear making such a strict decision?

“I walked alone when I started off. People used to think that I am new and I am not signing many films, and it will be hard for me to survive. They also used to laugh at me as I worked totally opposite of the film industry’s law.

“I kept convincing myself that I never knew any other way of working. It is all by the blessings of the Almighty that I got successful every time.”

How do you define power?

“Power is something that works only when you make a proper use of it in a good way. If I am that powerful who can handle 100kgs at a time, and some huge weight falls on you and I don’t help you in that, what is the use of me being so powerful?”

Do you have any films that you regret doing?

“I don’t regret any films that I have done so far. I know that I have done some films which were not made up to the mark or which have not worked at the Box Office. But as I said earlier, I have learned from those films. I give my failures as much importance as my successes.” 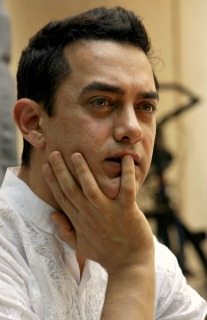 You also went through a pretty rough time with the media. Can you tell us more?

“As I said I am stubborn too. In my career, there were a few false news which were carried out by media and I took it to heart. I am also a very emotional person and I thought to myself that when media doesn’t like me, why do I have to show them my face?

“So I started keeping a low profile because I was hurt. When I get hurt, I do not retaliate. The media got more upset over this. I was in a situation where I didn’t knew what to do. [Laughs]

“I asked myself, ‘Where I am going wrong?’ I got no answers. Later, I did a film called Taare Zameen Par where I met Dr. Shetty and discussed it with him. He made me understand that a child needs only four important things in life. Security, trust, dignity and love.

“I got the point and I started these four important factors with media. Because not only a child, but also we as a grown-up, need these four factors too.”

Which actress has contributed the most to your life?

“I think it’s the one and only Madhubala ji. She gives me one smile and I am gone.” [Laughs]

One last question, do you remember the first day of your first film shoot? 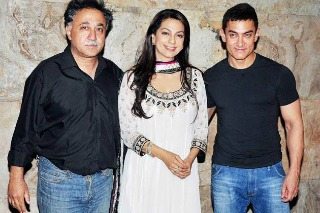 “Yes I do remember the first day of my shoot very clearly. It was a scene in QSQT and we were shooting in Ooty. Me and Juhi Chawla are in the jungle and I wake up in the morning only to find Juhi is missing.

“We were ready with the equipment and everything and suddenly this fog comes in. And the fog didn’t move for 8 hours and the whole day was wasted. I thought to myself how unlucky I am that my first day of the shoot didn’t happen: ‘Will I be able to make it as an actor for rest of my life?’ [Laughs]

“So the [moral] of the story is please don’t be superstitious. Even if your start is not easy, keep walking.”

Aamir has undoubtedly achieved an extraordinary amount in his 25 year career. With awards and critical acclaim from all corners of the world, it is a legacy that any actor would wish for.

But it is definitely not the end of the road for Aamir yet. We can’t wait to see what the next 25 years has in store for this Superstar.

Faisal Saif is our Bollywood film reviewer and Journalist from B-Town. He has huge passion for everything Bollywood and adores its magic on and off screen. His motto is to "Stand unique and tell Bollywood Stories in a Different Way."
Aashiqui 2 ~ Review
Shree ~ Review