2014 marks the 25th anniversary of the World Wide Web. Created by Sir Tim Berners-Lee, the web has transformed modern life by connecting people through web pages across the world.

"I use the internet all the time, as soon as I get up to when I go to sleep."

On March 12, 1989, a British computer scientist thought up the impossible and became the pioneer of the World Wide Web, allowing people to be able to easily communicate and transfer information over the Internet.

Sir Tim Berners-Lee was the first to create a web browser through writing HTTP (HyperText Transfer Protocol) and HTML (HyperText Markup Language), which is essentially the code behind websites. 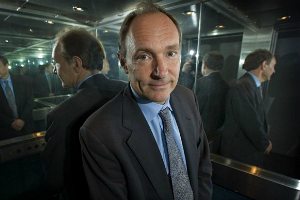 When he was 34, he wrote a proposal where he detailed a ‘universal linked information system’ for Cern, which would ‘allow a pool of information to develop which could grow and evolve with the organisation and the projects it describes’.

Proven completely successful, in 1993, Cern allowed the technology to be freely accessed and used by all. Now anyone could create a dot-com or dot-net and build their own web network.

It seems incredible that a system that was envisaged only 25 years ago has exploded into what it is today. India celebrates an internet reach of 243 million, higher than America’s 207 million, but lower than China’s 300 million.

For many, both internet and communication have transformed the way we live, interact and understand our place in the wider world. There are currently 600 million websites in use, each offering users anything from data storage, media and news, information, social media, online shopping – the list is pretty endless. 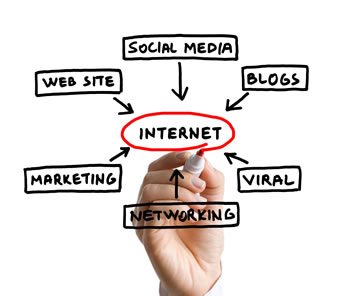 In the corporate world it has become something of a dream, speeding up business development and allowing up new and cost-efficient start ups to openly compete with the bigger fish. Over the web, anything is possible.

On a human level, the web has transformed day-to-day lifestyles drastically. Online shopping, entertainment and social media have changed how much we rely on technology in general.

As 24 year-old Selina says: “With the internet, you feel like the world is at your fingertips. You can literally do anything you want to and find anything you want. I think the web has changed everything, and it will continue to do so in years to come.”

Ali, one British Asian says: “I use the internet all the time, as soon as I get up to when I go to sleep. It’s crazy when you think about how much we rely on it to do stuff and go places. I’m constantly in touch with people wherever I am. I’m always using social media to contact friends. Sometimes it’s easier than calling or texting. Just send them a Tweet or a Facebook message. It’s all the same.” 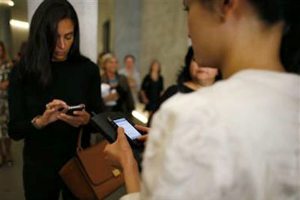 The last 25 years have also seen the rise of new, smaller and more portable technology which allows us to easily access the web on the go.

Software engineer Marc Andreesen adds: “I’m increasingly confident that the web will be a central platform for human creativity for decades.

“With technologies such as HTML5 and modern JavaScript, the web can be used to create almost any kind of application: games, spreadsheets and video. I expect the web to be built into every new computer-based device and user interface for the next 50 years.”

But is it safe to say that the web has been a complete gift for the world, or has it had its drawbacks? Many argue that the reliance on the ‘virtual world’ has meant that people have lost ordinary day to day skills, like simple human interaction and using our own common sense and initiative to get things done:

40-year-old Harpreet says: “I remember a time before the Internet was available to anyone. Phones were in the home and you had to look up everything in an A-Z or in the Yellow Pages.

“I think the Internet has made living much easier but there are consequences. Even stuff like privacy and security is a huge thing. People can find out everything about you at the touch of the button, and that’s kind of unnerving when you think about it.”

With the world becoming a much smaller place, it has also made people lazier and more dependent on tools and technology to do things for them. While available the world over, 60 per cent of the human population do not use the Internet. Are people who do have access really better off than those without? 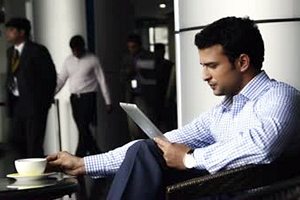 The ‘dark side’ of the Internet has allowed people and organisations to misuse data that is stored online. With no constitution or rules of right or wrong, freedom of speech and non-censorship allows the web to flourish unabated.

Many countries, particularly in the East have tried to monitor the influence the web has had on its citizens; Pakistan for instance has regularly banned sites like YouTube and Facebook.

But as Berners-Lee admits, the first 25 years has needed non-regulation to tap in its potential, not just for science and technology, but for people themselves: “Like the average 25-year-old, the web has been shaped by a vast array of influences — in fact, it was built through the efforts of millions.

“So this anniversary is for everyone. We should look proudly on what we’ve built. And as with most twentysomethings, the web’s full potential is just starting to show. A radically open, egalitarian and decentralised platform, it is changing the world, and we are still only scratching the surface of what it can do.

“Anyone with an interest in the web’s future — and that’s everyone, everywhere — has a role in ensuring it achieves all it can.”

It is safe to say that the first 25 years of the World Wide Web has truly changed life as we know it, who knows what another 25 years could unearth, or where it could lead us in the future.

Aisha an English literature graduate, is a keen editorial writer. She adores reading, theatre, and anything arts related. She is a creative soul and is always reinventing herself. Her motto is: “Life is too short, so eat dessert first!”
Public WiFi not Secure as you think
Apple offers cheaper 8GB iPhone 5C