Apple have released a cheaper 8Gb iPhone in a bid to secure bigger sales for their 5C series. The iPad 2 has also been replaced with the fourth generation iPad which includes retina display.

"We sold 51 million iPhones compared to 47.8 million in the year ago quarter."

Apple has introduced a cheaper version of the Apple iPhone 5C in an attempt to attract bigger sales. This new 8GB model retails at around £429.00, which is a £40 drop from the standard 16GB model at £469.00.

Released only in September 2013 alongside the iPhone 5S, the 5C has struggled dramatically in terms of sales and despite the choice of bright colours in pink, yellow, blue and green, has been unpopular among smartphone users.

In particular, China has seen a significant lack of sales for the iPhone 5C in comparison to the 5S and in the USA, Consumer Intelligence Research Partners claimed that 64 per cent of people were opting for the more expensive 5S and only 27 per cent of people purchased the 5C version. 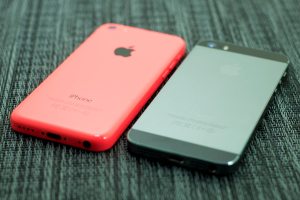 Speaking in January 2014, Apple CFO Peter Oppenheimer admitted that Apple sales have been enjoying a definite growth despite the unpopular 5C release:

“Despite supply constraints on iPhone 5S, we sold 51 million iPhones compared to 47.8 million in the year ago quarter. That’s an increase of over 3 million phones, or 7%, and a new quarterly record.”

Oppenheimer added: “China is an incredibly important market to Apple, and iOS devices already account for 57% of all mobile web browsing in China.”

For such a successful company like Apple that regularly enjoys record sales at each new release, this has been a major blow, and may indicate the decision to lower the price in attempt to secure a profit.

While news of a cheaper model had been leaked online in Germany, Apple confirmed in a statement: “The 8GB iPhone 5C model will be available in the UK, France, Germany, Australia and China on 18 March.” 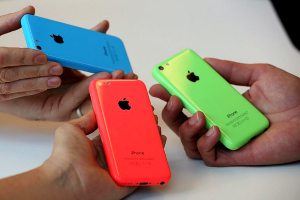 Interestingly on release, the 5C was marketed as a cheaper option to the 5S and it was hoped that it would cater to a wider number of people through the low-end smartphone market.

However, the tactic did not work as successfully as planned and many thought that the initial price was still too high, especially when compared to competing Android phones.

It was found that more people were inclined to opt for the higher-end 5S with its luxury colour choices of gold, silver and space grey. The iPhone 5S also uses a metal body and next generation software as opposed to the plastic body of the 5C. Catering to the high-end market however, the 5S 16GB version retails at a steep £549.00, which is much higher than the iPhone 5C.

Currently the cheapest iPhone in Apple’s collection is the iPhone 4S and is the only smartphone remaining that doesn’t use a lightning connector, part of Apple’s latest technology. The phone retails at only £349.00, but it is assumed that this will also be discontinued by Apple making the iPhone 5C their cheapest model.

The new 8GB 5C has similar features to the iPhone 5 which was launched in 2012, just with the option of vibrant coloured backs. 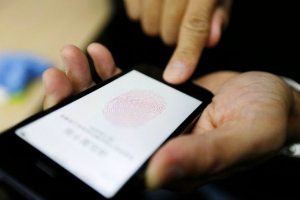 We will have to see whether the change in price will positively affect the sales of the iPhone 5C, it may be that the phone will become obsolete especially in the face of Android’s LG G2, Galaxy S4 and Xperia Z1, all of which offer users better features and hardware.

March 2014 has seen a spring clean for the Apple product inventory as the iPad 2 has been replaced with the fourth-generation iPad from 2012 which includes a retina display, and retails at £429.00.

It seems that these new changes indicates Apple’s attempt at keeping ahead of the technology game and many are already anticipating the release of the iPhone 6 which is rumoured for a summer/autumn 2014 release.

Aisha is an editor and a creative writer. Her passions include music, theatre, art and reading. Her motto is “Life is too short, so eat dessert first!”
World Wide Web celebrates 25 years
Interior Design Trends for Spring/Summer 2014