Apple releasing iPhone 6 and iWatch together

Apple has shown innovation and ingenuity by giving us great features such as Touch ID and the rapid A7 chip. Can Apple’s latest release top its predecessor? DESIblitz looks at the new iPhone 6 models coming our way and the greatly anticipated iWatch.

The release date of the new iPhones and iWatch will be September 9, 2014.

Over the years Apple has continued to surprise and excite many fans, consumers and tech-heads with their creativity in showcasing high-end gadgets.

This year is no different, after the highly successful iPhone 5S and 5C duo, Apple are back with a new smartphone rumoured unsurprisingly as the iPhone 6.

Following Apple’s announcement and release of both iPhone 5S and 5C, there were initial rumours that they would be showcasing two more phones at launch this time around.

Now there are reports that alongside the new iPhone 6 handsets, Apple will also release a ‘wearable’ device, namely the iWatch on September 9, 2014 as well! 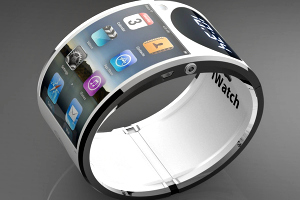 This new smartwatch would utilise the HomeKit function of Apple’s new operating system, which could mean that users could potentially control the lights in their houses, and even garage doors with the iwatch.

It is also thought that the iWatch will make use of the Apple HealthKit health and fitness software.

So, the owners of the watch would be able to use it as a fitness tool, measuring things such as their heart rate or their calorie intake to improve their health.

This wearable device has seen Apple employ people from the fashion industry, and luxury retailers to help design the iWatch, and to market it after its release.

Until the unveiling of the iWatch though, Apple lovers have plenty to get excited about, as there are two iPhones being released at once.

The first of these is the 4.7 inch iPhone 6, eclipsing the iPhone 5S screen by 0.7 inches. The second new iPhone to be released this time is even bigger with a whopping 5.5 inch screen and dubbed as the ‘iPhone Air’. 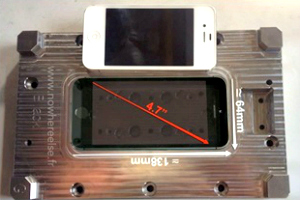 However due to the size of this phablet styled handset there are ongoing manufacturing issues which may prolong the release either towards the end of 2014 or more likely roll over into 2015.

Nonetheless, with a release of a larger device there are clear intentions by the company to challenge the likes of Samsung’s Galaxy Note 3 and compete for the title of best phablet.

Sukhi, an Apple enthusiast welcomes the idea of a larger version of the iPhone:

“I think Apple are making the right move in bringing out a larger phone, it will be a good fusion between their two existing and outstanding products; the iPhone and iPad.”

In terms of pricing, Stuff.tv and PC Advisor report the 4.7 inch model will have the same price tag as the previous 16GB, 32GB and 64GB versions of the iPhone 5S, therefore ranging anything between £550-£710.

Moreover, regarding the 5.5 inch version Macworld believes there to be a further £20-£30 price jump in relation to the prices of the 4.7 inch models.

In addition to this, there may also be for the first time a 128GB iPhone Air model, which has also been estimated by Macworld as increasing the price of the phablet by a further £80. 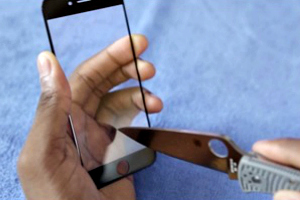 Moving from the price to the screen and CEO of Apple, Tim Cook has confirmed the company has built a new factory in Arizona that is being used for the manufacturing of sapphire glass, which is to be used for the screen of their new and soon to be flagship phone.

This is the same material currently being used for the iPhone 5’s Touch ID screen and cover of its rear facing camera. The sapphire composite can help prevent the screen from shattering and better protect it from any scratches.

This is in stark contrast to the popular Gorilla Glass screens implemented on many android devices such as the HTC one M8 and Motorola Droids; Maxx and Ultra, among others.

Ali, another Apple fan said: “Finally the iPhone will come with a tougher screen, it’s been on top of my list for iPhone improvements for a long time and I know I’m not the only one!”

However whether the new screen will prove a match for Samsung Galaxy S5’s sand, sweat and dust proof screen along with Sony’s Z1 waterproof screen remains to be seen. 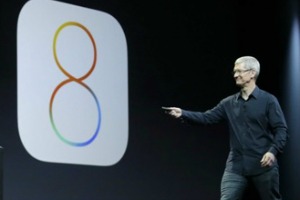 To coincide with the launch of the iPhone 6 is the release of Apple’s latest operating software; the iOS 8. In June 2014, iOS 8 was unveiled at the Worldwide Developers Convention (WWDC) (pictured right with Tim Cook) with an autumn release date.

Although there are no official reports stating the iPhone 6 will definitely have iOS 8, given the release time frame of the iPhone 6 and iOS 8 there is a good chance it may happen.

Although there are many unconfirmed aspects about Apple’s next iPhone, what you have read should provide an indication on what to expect in the coming weeks.

There are set to be lots of exciting developments in Apple’s smartphone technology, and it is particularly interesting to see the company branching out into designing an iWatch as well developing its iconic iPhone.

While not much is definite one thing is for certain, upon release of the iPhone 6; the smartphone competition will heat up even more as we enter into the final few months of 2014. The release date of the new iPhones and iWatch will be September 9, 2014.

Amarjit is a 1st class English Language graduate who enjoys gaming, football, travelling and flexing his creative muscles writing comedy sketches and scripts. His motto is “It’s never too late to be who you might have been” by George Eliot.
India introduces the Rice Bucket Challenge
Clothes to help Men Sweat Less