After being a successful model, Priyanka Chopra went into acting and became a huge Bollywood star. Now she’s turned to singing with the release of her first single ‘In My City’ for the triple!

"This is the culmination of a two-year journey"

After making it big in modelling by winning the Miss World title in 2000 and then becoming one of the most well-known faces of Bollywood as an actress, Priyanka Chopra launches her singing career with her first single called ‘In My City’ completely sung in English, featuring Black Eyed Peas singer will.i.am and produced by the well known producer Red One (Lady Gaga, Michael Jackson and Cash Money Records) and Brian Kennedy.

In 2011 she signed a worldwide recording agreement with Universal Music Group and DesiHits to record and release her first music album. The album is being produced in the USA with a very strong production and marketing team around her. The album will feature songs penned by Jay Sean amongst other well-known songwriters. She has been shuttling between India and the US frequently to work on the album.

Here are the behinds the scenes video to ‘In My City’ 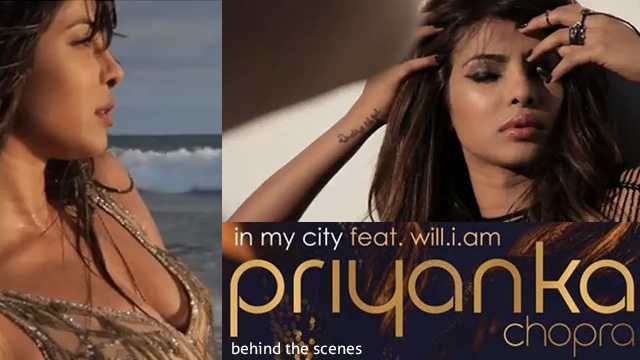 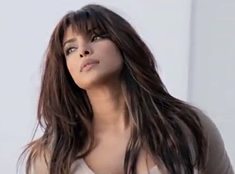 ‘In My City’ her debut single actually is a tribute to her nomadic lifestyle especially as a child. The song highlights her journey from beginnings as a small-town girl to a celebrity. A backdrop to the song reflects Priyanka Chopra’s upbringing, spending her childhood in many different places like Jamshedpur, Delhi, Pune and Lucknow, due to the work of her father who was an Indian army doctor.

The song is very close to her heart and she preferred to release this one first, to give her fans a taste of her album’s theme. Priyanka says: “In My City is very close to my heart. It celebrates the contribution of all these cities to my life making me the nomad that I am.”

Her singing has grown up with her, as she has always been an avid fan of singing, often speaking about her passion in various interviews and also using it as her talent early in her pageantry career.

She says of singing:

“I love music as I grew up with it thanks to my father who loves to sing. We woke up every morning to music. I knew how to sing before I knew how to read.”

The song has been selected as the theme tune for the NFL Network which broadcasts is the American National Football League show. With millions of viewers, the song will definitely get a lot of exposure through this platform. 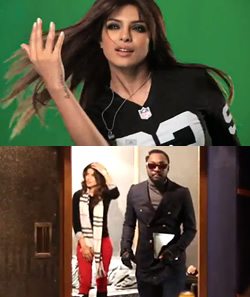 Bollywood producers Salim-Sulaiman’s were responsible for exposing Priyanka’s singing talent. It was Salim (of the duo) that told Universal of her ability to sing. Recalling their support, Priyanka said: “I had sung half of my song Alisha in ‘Pyaar Impossible’ for a lark in their studio.”

Interscope Records, are playing the record company role behind Priyanka’s album. Chairman Jimmy Iovine of Interscope Records, said: “After two years of this incredible journey, we have finally cracked the code to the ultimate ‘East meets West’ pop album. I really believe we have done something we can all be proud of.”

Producer RedOne (2101 Records) said: “I want to congratulate Priyanka on an incredible album. It was such a pleasure to work with her. She is such an amazing star and she’s going to take over the world!”

‘In My City’ was launched in India first and the single was available in more than 1000 stores on Friday 14th September 2012. It is available on various platforms internationally.

At the launch, Priyanka said: “This is the culmination of a two-year journey that has been the toughest yet most enriching experience of my life while also marking the beginning of an exciting new chapter.”

The song has had a mixed reaction in India with some who are not happy as to why Priyanka has not used Indian music producers, whilst others feel her voice has been over auto-tuned and watching her sing her songs live will be the real test for her singing ability.

This is the first single of the much-anticipated debut album by Priyanka Chopra, which is expected to be released early 2013. From the sounds of it, ‘In My City’ is catchy and it’s likely to be a good contender for the music charts.

Rachel is a creative and focused person who has a vested interest in unique beauty and fashion with an eye for art. She loves finding out more about the world through her writing. Her motto is 'You cannot open a book without learning something."
Ranbir Kapoor as fun and dumb Barfi!
The Three Khans of Bollywood