2013 has been a huge success for Bollywood actress Deepika Padukone, but what implications will this have on the Bollywood film industry, especially the male dominated 100 crore club?

Gone are the days when actresses were limited to a few dances under the waterfalls.

2013 has undoubtedly been a stellar year for Deepika Padukone. Talk about four consecutive hits?

What stands out however, is that these are not films where Deepika played an accessory role of being eye candy, stood behind the mega-star male lead’s shoulder.

These are films where she played a pivotal role and her acting has been appreciated by critics and audiences alike. 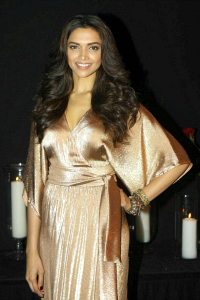 Whether this was through the savvy Elena in Race 2, sensible Naina in Yeh Jawaani Hai Deewani, playful Meena or the strong headed Leela; all four characters she has played have been distinctly different, and unique.

Deepika has been garnering praise from many in the Bollywood industry. In Season 4 of Koffee with Karan, Salman Khan named her as his favourite current actress and expressed interest in working with her.

This may even happen soon as Deepika is being considered opposite Salman Khan in Sooraj Barjatya’s next:

“She can be counted in the hero’s league,” said Taran Adarsh, trade analyst. Another trade expert, Amod Mehra believes: “Deepika has come a long way…today, she is a sex goddess. She has worked her way up.”

As compared to her contemporaries, Ramesh Taurani, producer of Race 2, believes: “She must be getting more money than her contemporaries. She has delivered four hits just this year. She is every filmmaker’s first choice today.”

Karan Johar added: “Deepika has emerged as a solid actor. Her growth has been incredible and she is truly at the top of her game. And I am sure her career will grow from strength to strength because her choices are clever and tilting towards establishing her as a star and an actor.” 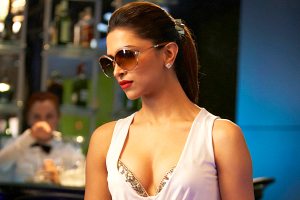 Deepika Padukone has reached a feat that no other actress, let alone her contemporaries, have achieved; four blockbuster hits in one year.

Whilst she is tied with Kareena Kapoor, Sonakshi Sinha, Asin and Priyanka Chopra in terms of the volume of 100 crore clubs she has attained, Deepika stands out.

For many of these actresses, this volume is the product of movies released over the last few years, with less successful films being released in between.

However, Deepika has only made her entry into the 100 crore club this year and has experienced an exponential growth in the accumulation of 100 crore films that not even any male actor has seen. Thus, Deepika sets a new record for actors and actresses alike.

Deepika’s strong performances have been reflected in the nominations for the ‘Big Star Entertainment Awards’, where she has scooped up a massive 8 nominations with at least one nomination for every film she has released this year. 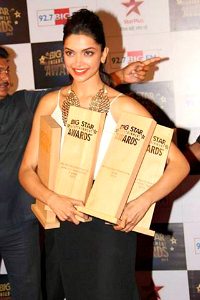 She won 3 awards of that 8 nominations in the award ceremony, including Best Actress in a Comic Role for Chennai Express.

With nominations for other awards yet to be released, it is still likely that Deepika’s presence will be important in every Bollywood award ceremony next year!

Awards are not the only thing Deepika should be looking forward to next year. Her upcoming films are likely to add on to her tally of 100 crore films, as well as document her growth as an actress, as her films next year are a cocktail of family entertainers and path-breaking cinema.

Deepika Padukone is not only striking gold through her movies but as an active celebrity endorser for several brands and products. This includes Tissot, Sony Cybershot, Maybelline and Garnier. 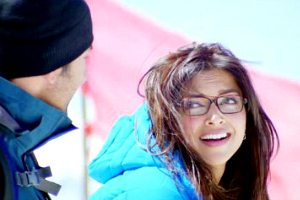 Deepika Padukone is in such high demand as a brand endorser that she has increased her endorsement fee, charging Rs 6 Crore for a beauty soap ad; one of the largest fees offered.

Deepika has many reasons to celebrate and for this reason threw  a glamourous ‘success bash’ in December at a prestigious Mumbai hotel.

The dress code was gold and black and all of Deepika’s B-town friends were invited, including Karan Johar, Shahrukh and Gauri Khan, Ranveer Singh and Aamir Khan:

“This is just my way of saying ‘Thank You’. Very rarely do we actually stop to look back at the work that we’ve done and enjoy it. We are always on the run, sometimes it’s just nice to stop and thank the people who are actually responsible for making you the person you are.”

The actress admitted to be enjoying a ‘magical’ moment, although she also pointed out ‘nothing has changed’. She feels: “The results will follow eventually. [I have tried] with the best of my ability, to work honestly and whole-heartedly and to know that I’m giving your 100 percent.”

Deepika is redefining the 100 crore club. She has shown that long gone are the days when actresses were limited to a few dances under the waterfalls, gorgeously clad in a sari.

Deepika is the mass appeal of her films which translates into financial success – highlighting that she is not merely a pretty filler. Demanding a bigger pay check, working with the biggest directors and garnering mass attention, Deepika has all the ingredients that were up till now reserved only for the heroes.

But hot on Deepika’s tails is Katrina Kaif, who has proved with the record-breaking Dhoom 3 that she also has what it takes to dominate the Box Office. Will 2014 be a battle of the two Bollywood Beauties? Only time will tell.

As for 2013, let Deepika relish in her deserved success. Watch out contemporaries, Deepika Padukone is a lethal cocktail of talent, beauty and superstar status!

Sonika is a full-time medical student, Bollywood enthusiast and lover of life. Her passions are dancing, travelling, radio presenting, writing, fashion and socialising! “Life isn’t measured by the number of breaths taken but by moments that take our breath away.”
DESIblitz 100 Years of Bollywood Top Film
Multi-talented Veena Malik is Unstoppable