Dilwale Dulhania Le Jayenge (1995) has been voted as the top Bollywood film from a list of fifty films especially compiled by DESIblitz.com, which published a special on-line poll to celebrate 100 years of Indian cinema.

DDLJ is one of only two Hindi films in the '1001 movies you must see before you die' list.

Dilwale Dulhania Le Jayenge (1995) has been voted the most favourite film in the DESIblitz 100 Years of Bollywood Poll, which included some of the most prominent movies of the last century.

The poll conducted by award-winning digital British Asian lifestyle magazine, DESIblitz.com, attracted readers from across the globe to vote for their favourite films from a specially compiled list. The list included what the magazine judged as the fifty most popular Bollywood films of the past hundred years of Indian cinema. 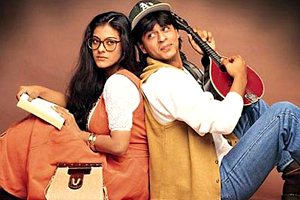 DDLJ is a love story portraying British Asians and Indians co-existing peacefully, focusing on a young man who firmly believes in gaining a parent’s approval for marriage. This is reflected in the dialogue when the character Raj (Shahrukh) says:

Aditya Chopra managed to mix a perfect blend of traditional and contemporary creativity within his script. The Bollywood film has many achievements to its credit and still manages to make the headlines. 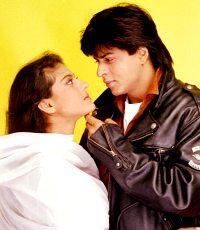 On October 20, 1995, audiences fell in love with both Raj (Shahrukh) and Simran (Kajol) when DDLJ hit cinemas worldwide.

Today their love story lives on; released over fifteen years ago, DDLJ is still regularly screened at the Maratha Mandir Theatre in Mumbai, India.

In 2013, the industry congratulated the film on reaching yet another milestone. Famous director Karan Johar, who also had a minor role in the film, tweeted: “900 weeks to #DDLJ….my training ground film….the nations most iconic love story!”

This is the longest running film in the history of Indian Cinema. The previous record was held by Sholay (1975), which ran for 286 weeks straight at the Minerva Theatre in Mumbai, India.

The film had a fantastic soundtrack, consisting of fresh and diverse songs to suit all tastes. The music of the film influenced many other Yash Raj Films that followed. The track ‘Mendhi Laga Ke Rakhna’ is among the most iconic moments from the film and is a very popular mendhi dance tune. 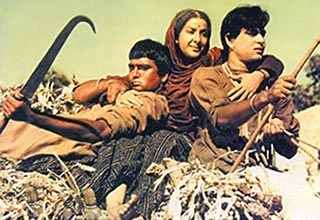 DDLJ is one of only two Hindi films in the ‘1001 movies you must see before you die’ list, (the other is Mother India). This movie officially labelled as a blockbuster went onto win ten Filmfare Awards as well as a National Award.

The DESIblitz 100 Years of Bollywood Poll revealed some fascinating choices. The top ten included some surprises and some expected choices such as Mughal-e-Azam (1960) in second position, Sholay (1975) in fourth, Mother India (1957) in fifth, 3 Idiots (2009) in sixth and the 2013 hit Chennai Express as ninth, higher than Lagaan (2001) which was tenth.

Classic Bollywood films such as Awaara (1951), Deewar (1975), Guide (1965) and Madhumati (1958) did not even make it into the top twenty. Indicating that younger audiences voted for more films to their liking as opposed to the older hits.

Speaking about the poll, Indi Deol, Director of DESIblitz.com said:

“It has been quite fascinating to understand what our readership view as their favourite Bollywood films.”

“It has also been very encouraging to see that Bollywood films are loved in every corner of the world, with participants voting from countries such as Trinidad and Tobago, Mexico and Kazakhstan,” he added.

The lead actor and actress with the most films in the top ten are Shahrukh and Kajol, who feature in four and two movies respectively.

As a film maker, the late Yash Chopra has two slots in the top ten, one as producer and one as director. The top ten also includes two of the fondest remembered movies of modern times; Lagaan (2001) and 3 Idiots (2009), both starring Aamir Khan in the lead.

Here are the final results of the online poll:


The DESIblitz 100 Years of Bollywood Poll gave fans the chance to choose which films they liked most with some incredible films coming out on top but there has to be one winner and it was DDLJ that took the crown.

DESIblitz.com looks forward to the next hundred years of Indian Cinema, including the next wave of Bollywood films and actors that will continue its great legacy.

Faisal has creative experience in the fusion of media and communication and research which increase awareness of global issues in post-conflict, emerging and democratic societies. His life motto is: "persevere, for success is near..."
Dhoom 3 Most Successful film of 2013
Deepika Padukone redefines 100 Crore Club