This is it. The big one. Bollywood has officially reached its 100 year mark, and we at DESIblitz couldn’t be more excited. May 3, 2013 is the birthday of Indian cinema, and celebrations are definitely in order. But first, let’s recall how it all began.

Notably however, it has continuously evolved over the years to suit changing lifestyles and an ever-modernising Indian society. Today, it has crossed oceans and continents to offer an insightful discourse of Indians and South Asians in all parts of the world.

The Indian film industry saw its fruitful beginning on May 3, 1913. It was on this day that the first Bollwood feature film was released, Raja Harishchandra, directed by the now legendary Dadasaheb Phalke.

A silent film, it told the story of King Harischandra, taken from Hindu texts, the Ramayana and the Mahabharata. Dadasaheb Phalke has since been rightfully considered as the Father of Indian Cinema, and what he began is nothing short of a miraculous Bollywood legacy. 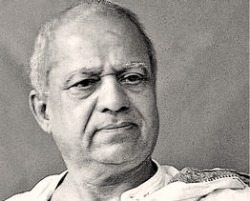 Following India’s move into the world of cinema and film, the first sound film was Alam Ara, which was released in 1931. It was directed by Ardeshir Irani and was a great commercial success.

It was at this pivotal point that India had begun to get the knack of producing feature films of an impeccable quality. By the 1930’s, India began churning out over 200 films each year, and this impressive rate has been growing and growing ever since.

Between the 1940’s and 1960’s, Bollywood then entered what was later dubbed as its ‘Golden Age’ of Hindi Cinema. This was following India’s Independence from the British Raj. Films such as Mother India (1957) by Mehboob Khan, and Mughal e Azam (1960) by K. Asif, received global recognition. Mother India was the first ever Bollywood film to be nominated for the Academy Award for Best Foreign Language Film.

Indian cinema also began taking more risks in its art, with many non-mainstream films being conceived. The 1950’s led to the creation of the Parallel Cinema movement that was inspired by both French and Italian cinema. 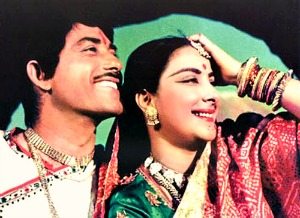 Here, a number of off-beat films were produced that did not fit into mainstream Bollywood cinema. Notable film makers and directors such as Basu Bhattacharya, Mani Kaul and Kumar Shahani stamped their mark on the industry.

In 1975, the Bollywood film was released. Sholay starred Amitabh Bachchan, Dhamendra, Sanjeev Kumar, Hema Malini and Jaya Bhaduri. Ever since its release, no other Indian film has been able to knock Sholay off the top spot as the best Bollywood film ever created.

It was the 1990’s and 2000’s which saw Bollywood evolve yet again into a global phenomenon. Ask any person in any part of the world and they will have come across Bollywood in some shape or form. It was at this point that Bollywood reached new heights.

It’s use of cinematography, innovative storylines and technological advancements in terms of special effects and animation has made Bollywood the global contender of great cinema today. 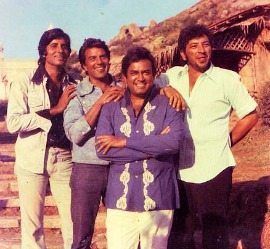 Interestingly, Bollywood also became a huge influence on second and third generation Indians and South Asians living outside of India. The UK, America, Canada and many parts of Europe became accustomed to seeing their favourite Bollywood stars on the big screen.

Films like Dilwale Dulhania Le Jayenge (1995) merged Western audiences with South Asian ones and were integral to Asian’s abroad connecting with their roots.

Production companies like Yash Raj Films and Dharma Productions were literal powerhouses of blockbuster films. The likes of Lagaan (2001), Devdas (2002), and Rang de Basanti (2006) were all nominated for Academy Awards and BAFTA’s respectively.

Modern Bollywood cinema is now ruled by the likes of the Khans (Amir, Shahrukh, Salman, Imran and Saif), and the Kapoors (Anil, Kareena, Ranbir, Shahid and Sonam). 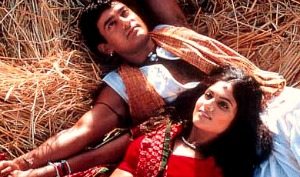 In India, of course, Bollywood has become part and parcel of everyday life. It is truly embedded within the culture and Indians in particular have grown up watching legendary actors and films on screen for decades.

As Director Dibakar Banerjee says: “Cinema is who we are and cinema is who we want to be. When you see a Karan Johar romance or an Aditya Chopra romance, you can see what a young man of 1995 was. He’s not there in the film but that’s what he wanted to be.”

“Similarly in the 1970s or the ’40s, cinema is the history of the subconscious. When you watch films, you get human history from the personal point of view.”

The phenomenal legacy that Bollywood has created is truly second to none, and we cannot wait what the next 100 years has in store.

The DESIblitz team are extremely proud to announce the 100th anniversary of Bollywood. To commemorate we have put together a special series of video and articles celebrating the best of what Bollywood has to offer. From the Best Films, Actors and Directors from each decade, make sure you keep watching!

To all our readers around the world, the DESIblitz team would like to wish you A Very Happy 100 Years of Bollywood!

Aisha an English literature graduate, is a keen editorial writer. She adores reading, theatre, and anything arts related. She is a creative soul and is always reinventing herself. Her motto is: “Life is too short, so eat dessert first!”
Shootout at Wadala ~ Review
Bombay Talkies ~ Review