Aishwarya Rai to voice Maleficent: Mistress of Evil in Hindi

Bollywood beauty Aishwarya Rai will take over from Angelina Jolie, giving her voice to the dark fairy character in ‘Maleficent: Mistress of Evil.’

Actress Aishwarya Rai Bachchan is set to lend her voice to the Hindi version of Maleficent: Mistress of Evil (2019).

Stepping into the world of Disney, Aishwarya will dub the role of fairy Maleficent, originally played by Angelina Jolie.

The film is a sequel to Maleficent (2014). In this instance, Angelina Jolie played the role of an evil fairy who puts a curse on Princess Aurora.

The film was based on the original fairytale The Sleeping Beauty and received praise from its audiences.

After the initial success of the first film, Maleficent is back on the big screen. The much-awaited sequel will continue the story of Maleficent and Aurora, played by Elle Fanning, as their lives will be disturbed.

Havoc will strike with the engagement of Aurora and Prince Phillip (Harris Dickinson).

Queen Ingrith (Michelle Pfeiffer), the mother of Prince Phillip, attempts to use the marriage to divide the humans and the fairies.

As a result of these twists in events, the relationship of Maleficent with goddaughter Aurora will be put under strain.

The dark new forces, breakdown of relationships and shocking allies will leave audiences on the edge of their seats. 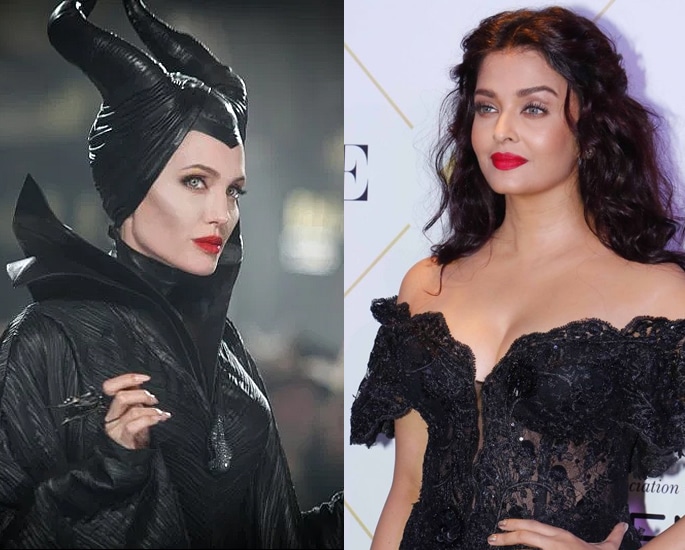 “Looking at how Angelina Jolie fits Maleficent’s role down to the letter, it was hard to imagine anyone essaying the character other than Aishwarya Rai Bachchan for our local audience.”

He continued to mention:

“We wanted to build a strong connect and bring her character to life in Hindi and felt Aishwarya’s persona, which is filled with elegance and poise would be a perfect blend.”

Aishwarya went on Instagram to share a teaser of the film, where she is seen dressed up in the avatar of Maleficent.

Within an hour, the video went viral and received over 100,000 likes.

It appears everyone is excited with Aishwarya giving voice to Maleficent.

On the work front, she was last seen in the comedy film, Fanney Khan (2018), with Anil Kapoor and Rajkummar Rao.

Reportedly Aishwarya has signed two films, one with Mani Ratnam and another with Anurag Kashyap. Yet, this has not been officially confirmed.

Maleficent: Mistress of Evil is due to release in India on October 18, 2019, in English and Hindi. Fans eagerly await to hear Aishwarya Rai as the fairy of this film.

Ayesha is an English graduate with an aesthetic eye. Her fascination lies in sports, fashion and beauty. Also, she does not shy away from controversial subjects. Her motto is: “no two days are the same, that is what makes life worth living.”
BBC reverses decision on Naga Munchetty Race Row ruling
Ranveer Singh Success: Reaching for the Stars