"The queen reclaiming her throne."

With Mohabbat, being released as the first video song from Fanney Khan (2018), it’s been welcomed with rave reviews as Aishwarya Rai Bachchan lights up the stage!

Aishwarya is set to make her silver screen return in the highly anticipated film. A remake of the Belgian film, Everybody’s Famous (2000).

The Atul Manjrekar directed film is expected to be a hit.

The trailer began trending upon its release, with millions of views in less than a week.

This star-studded cast promises us laughter and joy in this colourful comedy musical.

We take a look at yet another stunning Aishwarya performance!

Watch the video for Mohabbat here: 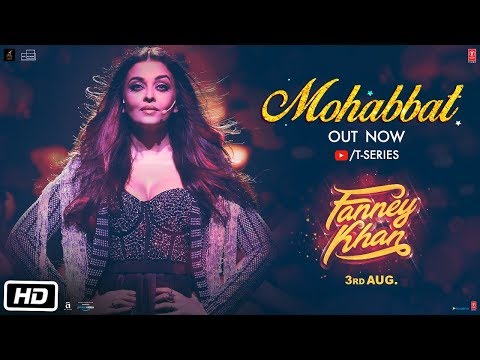 Aishwarya unleashes her inner diva as she slowly catwalks towards the large audience, cane in hand. As the spotlight hits, her gold tassel dress dazzles in the light.

With numerous sparkling costume changes, the song is an introduction to her character Baby Singh. Atul Manjrekar describes her character to DNA:

““Aishwarya plays a diva, a singing star. She’s the number one singer and the most beautiful woman in the country.”

“The song sees her character touring across India and performing in front of a live audience. For the sequence, we referenced recent concerts that featured Arijit Singh, Ed Sheeran and Coldplay. That was the starting point.”

Sunidhi Chauhan lends her voice as she belts out another hit with this feel-good song composed by Amit Trivedi and penned by Irshad Kamil.

The song is a tweaked, modernised version of Jawan Hai Mohabbat performed by Noor Jehan in the 1946 film Anmol Ghadi.

What is super exciting is knowing that this video was choreographed by Frank Gatson Jr. The man behind some of the most iconic routines in music history. 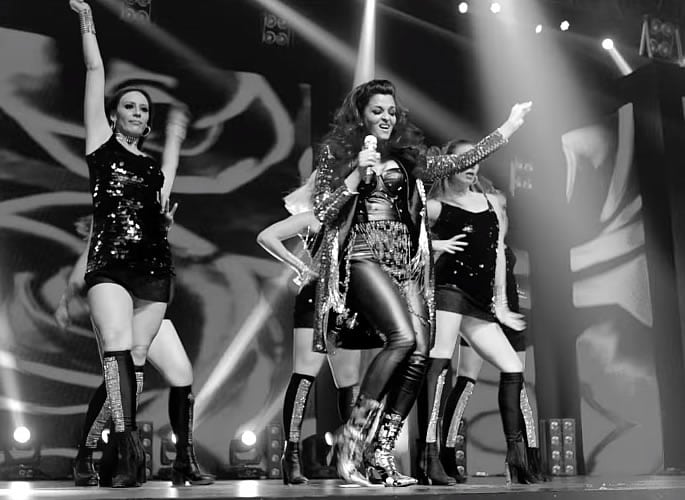 His impressive resumé includes his extensive work with Beyoncé including Crazy in Love (2003), Single Ladies (2009) and Run The World (Girls) (2011). Other artists he has choreographed include Rihanna, Jennifer Lopez and Kelly Rowland to name a few.

Now, he is choreographing for Bollywood royalty like Aishwarya Rai Bachchan!

Of course, when acclaimed filmmakers release new material, the voices and opinions of critics and fans spread like wildfire. In its first 24 hours of release, the Mohabbat video has garnered over 9 million YouTube views. It was met with love and admiration of Bollywood fans.

Twitter @Aayusis1234 said “What a SONG! #Mohabbat is BEYOND AWESOME ! HOOKED ALREADY… And #AishwaryaRaiBachchan MY GOODNESS… SHE HAS MY HEART”

He continues: “Once again she proved why she is the QUEEN OF BOLLYWOOD..#FanneyKhan”

What a SONG !#Mohabbat is BEYOND AWESOME !HOOKED ALREADY…

Once again she proved why she is the QUEEN OF BOLLYWOOD..#FanneyKhan pic.twitter.com/1AngIWT2dj

@TereNaalNachna said: “the queen reclaiming her throne. What an amazing song Mohabbat is”

The Taal (1999) actress will reunite with Taal co-star Anil Kapoor after 17 years. Also starring in the film is Rajkumar Rao. 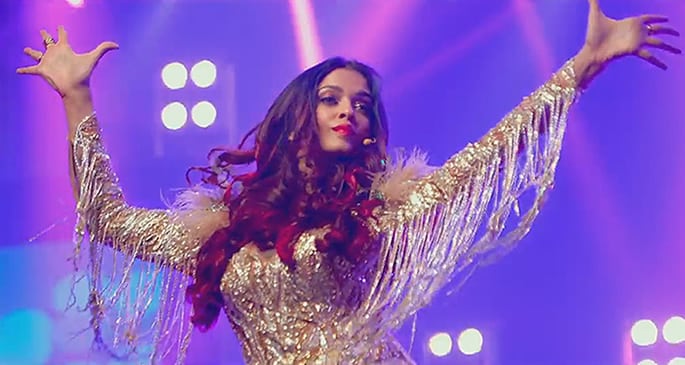 Aishwarya’s last film appearance was in a supporting role in Karan Johar’s Ae Dil Hai Mushkil in 2016, with Ranbir Kapoor and Anushka Sharma. Though only a small role, fans enjoyed seeing her and wanted more.

The next project we need to look forward to, after Fanney Khan, is the remake of the 1967 film Raat Aur Din. She will take on Nargis’s role of a woman with multiple personality disorder, which earned her the inaugural National Film Award for Best Actress.

Some pretty big boots to fill but we are sure Aishwarya Rai will do justice to the character.

Jakir is currently studying BA (Hons) Games and Entertainment Design. He is a film geek and has an interest in representations in Films and TV dramas. The cinema is his sanctuary. His motto: “Don’t fit the mould. Break it.”
Salman Khan’s Dus Ka Dum to be replaced by KBC
Karenjit Kaur: The Untold Story of Sunny Leone a ZEE5 Original