Salman Khan’s Dus Ka Dum to be replaced by KBC

Salman Khan’s ‘Dus Ka Dum’ is set to be replaced by Amitabh Bachchan’s ‘Kaun Banega Crorepati’ after audiences failed to take a liking to the show.

Known for an array of popular films such as Sultan (2016) and Dabangg 2 (2012), it seems Khan couldn’t keep the attention of Dus Ka Dum‘s viewers.

Despite Khan’s distinguished and well-known acting career, it seems Indian audiences have lost interest in the show after 9 years.

The Bollywood actor hosted the third series which aired on June 4th 2018. Whilst the first two seasons of DKD saw high ratings, the third did not.

The first season did well as it entertained popular celebrities including Indian actors Bobby Deol and Ranbir Kapoor.

In the second season, the show out-did itself and hosted a list of highly popular celebrities and actors.

Prior to DKD being replaced, previous reports suggested the show was being shortened. It was thought that the show which would normally last an hour and a half starting at 8:30pm, would be reduced to just an hour.

Addressing the media at the launch of Dus Ka Dum 3, Khan spoke about the pressure surrounding his role as host for the show. He said:

“It was due to the negativity around me. I was scared to be myself.”

Salman also revealed that before he agreed to do the show, his father spoke to him. Khan’s father, Salim Saab had replied saying:

“If you get accepted by the audience, then great, if not then change yourself.”

According to the Times of India, Salman Khan spoke about the competition that Dus Ka Dum had with the reality TV show Bigg Boss. He said:

“I wish Dus Ka Dum and Bigg Boss keep on beating each other on TRP charts. At one time DSK could be the highest, while later Bigg Boss can take its place.”

In 2017, KBC did well in the TRP charts and also kept audiences coming back for more by increasing prize money and changing up its format. 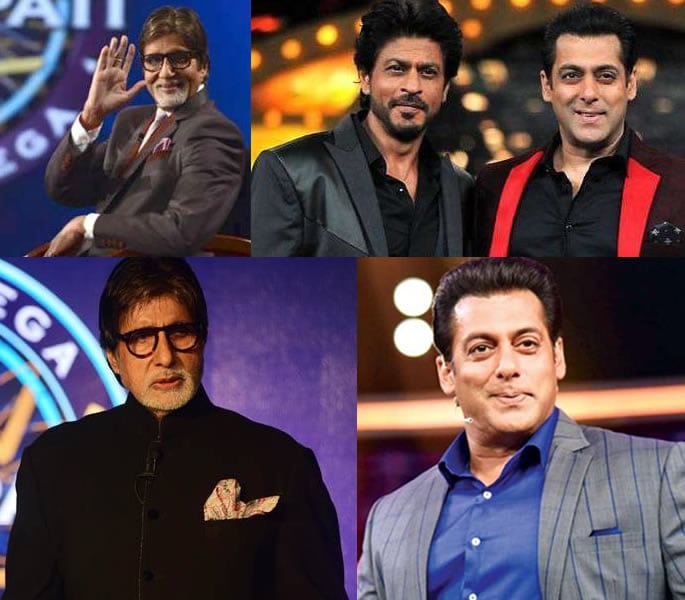 Speaking about the game show, a source had previously said to IE:

“The channel is really excited about this new launch. After a lull because of the Indian Premier League, every channel is working on getting its audience back and Sony TV definitely has the trump card in Salman Khan.”

Danish Khan, the EVP and Business Head of Sony TV spoke to IANS about the show, saying previously:

“We believe Dus Ka Dum will be the biggest interactive show that we have ever done. For Sony, it will be the most ambitious TV show, plus second screen experience for consumers.”

For Indian audiences, Khan’s previous inimitable style and humour was the most attractive aspect of the popular reality game show.

However, at Khan’s own admission, he wasn’t quite himself. The lack of Khan’s unique and engaging personality seems to have led to the downfall of DKD 3.

Despite high hopes from the celeb-filled show, we will now see it replaced by Amitabh Bachchan’s much-loved quiz show, Kaun Banega Crorepati, based on the UK’s Who Wants to Be a Millionaire?

Bachchan’s quiz show will take the 8:30pm time slot and will be shown on TV for the first time on September 3rd 2018.