The official trailer for the intense and gripping drama ‘Mulk’ has been released. Starring Rishi Kapoor, the conflict will have you unable to look away.

"A family's journey to prove their love for their country,"

This follows a string of posters that show prominent characters in the film looking sternly towards the camera.

As well as Rishi Kapoor who plays Murad Ali Mohammed, the film also features the Soorma-star Taapsee Pannu as Aarti Mohammad who legally represents Murad in the film.

Directed by Anubhav Sinha, the courtroom drama is slated to release August 3, 2018. From the official trailer, it’s clear that this drama promises to deliver on some truly gripping content.

It tells the relevant and arresting story of a Muslim family that is accused of having ties with terrorists after one of their family members darkly turns to terrorism.

Billed as being based on true events, Mulk immediately plunges the watcher into an already intense and scary situation, where paranoia and fear can become overwhelming.

Bloodied bodies are shown strewn across the floor as people try to help those affected by the attack. Rishi Kapoor’s son, played by Prateik Babbar, becomes the main suspect of the terror attack and is involved in a gun-filled scene.

As a result, the family begins to be viewed as terrorist-sympathisers and this scene marks the beginning of a difficult journey for the family to clear their name.

Even within their own community, the family suffers trials and tribulations. As their neighbours begin to turn their backs on the accused terrorist-affiliates, the family struggles to claim their innocence.

The trailer shows large rocks being hurled at them over their walls of their home and ‘TERRORISTS’ being branded across their door. The family becomes increasingly isolated as an ‘us and them’ attitude consumes the community. 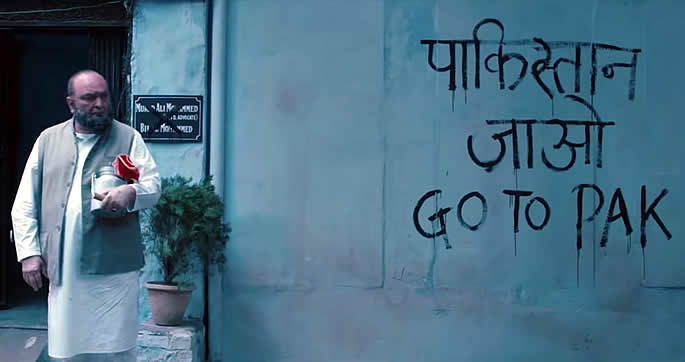 This is particularly emphasised in the trailer when the words ‘when your own disown you’ flash up onto the screen. The debilitating effects of being targeted becomes apparent. The family are told to ‘Go to Pak’ as another message is threateningly inscribed onto their property.

As identified by The Quint, not only does this film raise important questions surrounding Muslim identity in India, but also how they are perceived by others.

Phrases that flash up in the trailer combine to outline the heart of the film, it says:

“A family’s journey to prove their love for their country,”

The later stage of the trailer is focused on the intense court proceedings. The two lawyers attack each other with the sheer strength of their words as they fight their cases. The acting in these scenes is truly captivating. 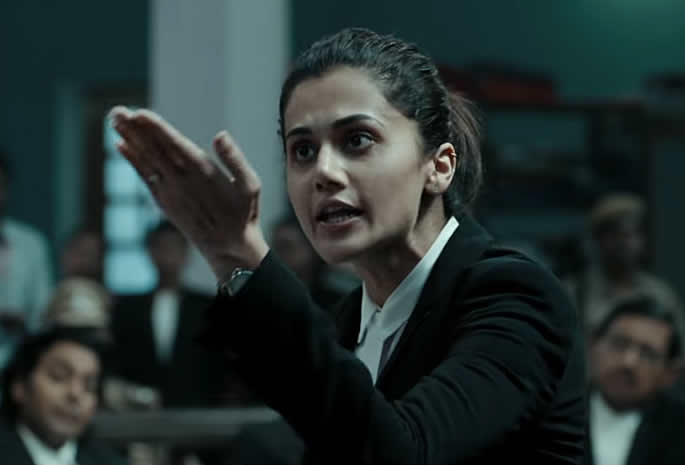 The passionate courtroom scenes are a real testament to the calibre of acting from Taapsee Pannu and Ashutosh Rana. Rana is the prosecution lawyer, arguing against Aarti Mohammad.

As the family become increasingly hounded by both the media and their community and caught up in court proceedings, they become a shadow of their former selves.

We also see some touching and heart-breaking acting from Rishi Kapoor. He expertly captures the grief that comes from being abandoned by your own country with some tear-filled moments.

Ultimately, this film is a powerful narrative of one family’s struggle to clear their name and prove their love for their country. 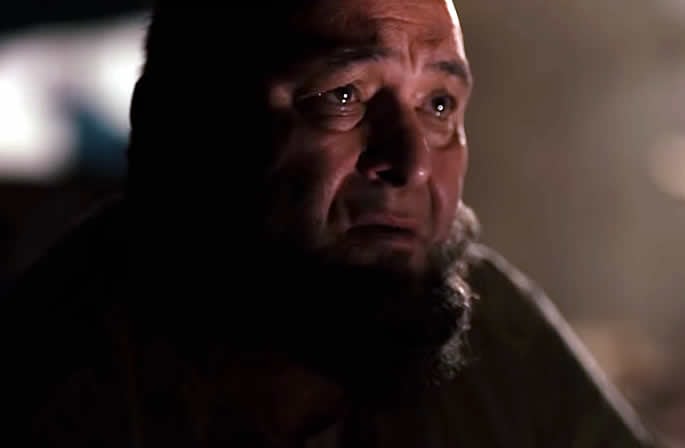 It hits on some important and relevant questions such a stereotyping based on religion and will undoubtedly resonate with a large audience.

You can check out the official trailer for Mulk below! The dark drama will be released August 3rd 2018. 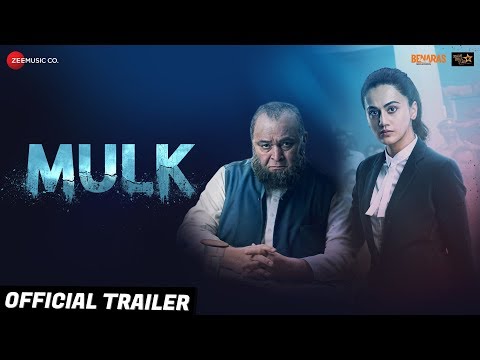