Mahira Khan stars as a woman seeking out justice in Verna. DESIblitz reviews this bold and brave Pakistani socio-political film by Shoaib Mansoor.

Amidst fears of being banned by the censor board, the Pakistani socio-political film, Verna, released on Friday 17th November 2017.

The film, directed by the highly acclaimed Shoaib Mansoor, tackles the impact of rape on a happily married couple – Mahira Khan (Sara) and Haroon Shahid (Aami).

Taking such a controversial topic such as sexual abuse and giving it air-time is a bold move by the filmmaker. But Mansoor is known for not shying away from the hard truths that are swept aside in South Asian society. Look at his high-grossing film Bol as a prime example.

In Verna, Shoaib Mansoor’s vision is ambitious but sometimes overly so. Mansoor begins his screenplay by highlighting rape within Pakistani society – dispelling the myth that it is only poor women who are raped but actually it is just as common in the upper class.

Verna shows how dire and bleak the situation is for women to receive justice. And whilst doing so, Mansoor explores how injustice and victim-blaming extend not only to the government but can be found in healthcare, forensics and the police. 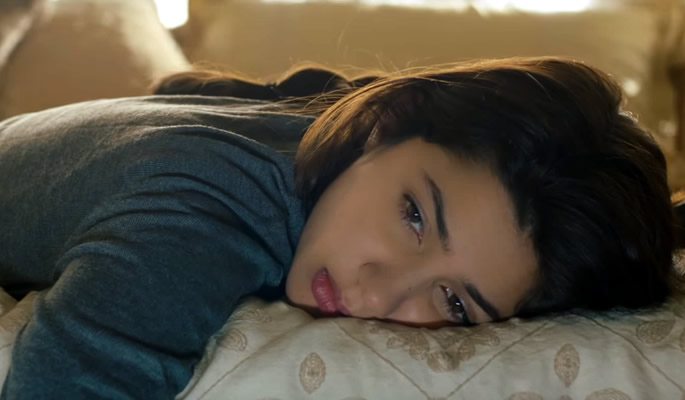 The idea behind Mansoor’s vision is sincere and exposes the tragic reality of women living in such patriarchal societies. Mansoor attempts to display the nonchalant expressions of those in power when it comes to women seeking help.

The film has exceptional dialogues which will give the audience goosebumps. These include when Sara communicates with the lawyer’s surrounding the harsh reality of sexual abuse.

She says: “The men may have raped her body, but you have raped her soul,” which is said when the husband and wife are facing differences in their marriage post the rape.

The pace of the film is also good, giving it a thrilling edge.

However, the storyline is not flawless by any imagination. With a little more thought, the film could have been better.

Some would argue that there is too much going on in the film and is somewhat contradictory in a few scenes. The court scenes could have been handled more powerfully, considering the case involved the governor’s son in the film.

Needless to say, the talented Mahira Khan is the pillar of Verna. She holds the film up with an incredibly heartfelt performance.

Khan shows both strength and vulnerability within different scenes and her unwavering tenacity shines through when she is taking revenge on her rapist as she masks her true emotions from him. 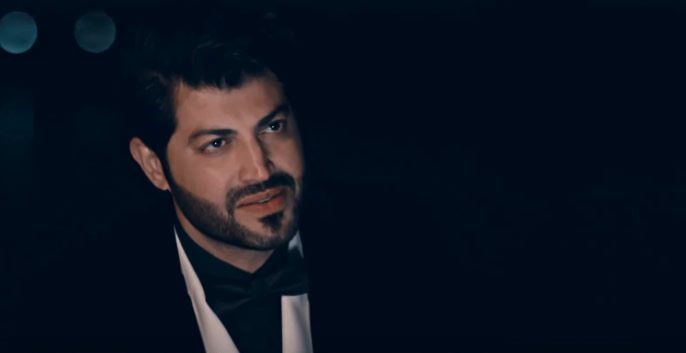 After giving highly acclaimed portrayals in Bol and Bin Roye, this will also go down in her list of best roles.

Listen to our full interview with Mahira Khan here:

In addition to Mahira, two other actors also stand out in the film. This was Zarrar Khan, who plays the rapist Sultan, and Naimal Khawar, who portrays the supportive sister in law.

Zarrar acts well depicting a modern, sleazy rich villain. He plays it cool in some scenes, whilst in others shows the dark shades of his character. The audience can see the cruel and devious intentions hidden in his eyes without needing to show or say more.

However, other characters could have been scripted better. Particularly disappointing was the character of the husband Aami, played by Haroon Shahid. Whilst he acts well within the scope of the character given, the lack of substance built in his character limits the audience’s empathy towards him.

As the husband of a rape victim, he often confuses you with his actions and reactions. This makes it difficult for the audience to relate to their love story and make them want to resolve their differences. 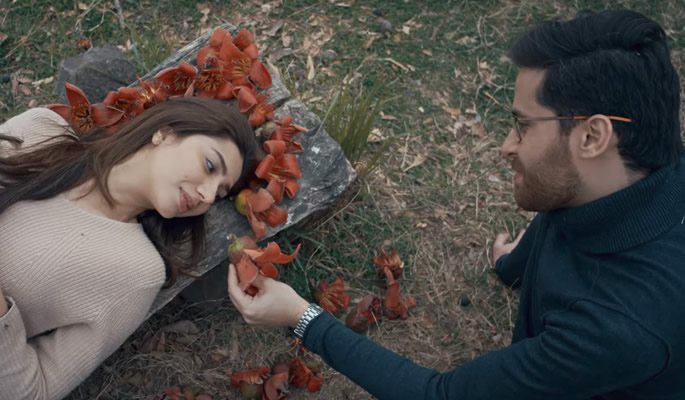 Veteran actor Rasheed Naz (Khanzada) has a small but good part, playing the role of the defence lawyer.

Lyrics of the songs are also very heartfelt and relevant to the storytelling. They help to add weight to the emotions felt in the scene. ‘Khushi Ki Baat’ and ‘Lafzon Mein Kharabi Hai’ are two such songs. The latter has a line that translates to: “What am I apart from a body? My body is a sanctuary but this sanctuary is my enemy.”

The track ‘Sambhal Sambhal Kay’ has been very popular even prior to the film’s release. It is a melodious track with beautiful lyrics. This opens the film, creating a romantic happy mood between Sara and Aami before everything turns more serious.

The cinematography of the film is brilliant. Salman Razzak and Khizer Idrees capture scenic shots of Islamabad and its nearby surroundings. Subtly in the shots also shows the grandeur of the lifestyles of the characters, alluding to the upper-class families that are involved.

Overall, Verna is not without the ferocious Mahira, whose brilliant performance is the highlight of the film.

Despite a mixed reaction from fans and critics, Verna is a fearless and daring film, which will no doubt spark a lot of interest and debate.

Sonika is a full-time medical student, Bollywood enthusiast and lover of life. Her passions are dancing, travelling, radio presenting, writing, fashion and socialising! “Life isn’t measured by the number of breaths taken but by moments that take our breath away.”
Auntie and Uncle arrive to EastEnders with Masood Ahmed
Deepika Padukone threatened by Hindu Groups for Padmavati