Kareena Kapoor has voiced her desire to work with Pakistani director, Shoaib Manoor. But the gorgeous actress is also hot on someone else’s collab wish list!

"He has made some fantastic content driven films and is a wonderful filmmaker.”

Bollywood star Kareena Kapoor admits she is a huge fan of Pakistani film and TV director, Shoaib Mansoor, and would love to work with him!

In a recent interview with IBN, Bebo has expressed how she is making a conscious effort to work with directors that she has never encountered before.

The actress says: “I really want to work with him. He has made some fantastic content driven films and is a wonderful filmmaker.”

Shoaib is the driving force behind hit TV shows such as Alpha Bravo Charlie, Ankahi, and Fifty Fifty, as well the movies Khuda Ke Liye (2007) and Bol (2011).

But while Kareena is waiting for her chance to pair up with Shoaib, she herself is being eyed up by Pakistani heartthrob, Fawad Khan. 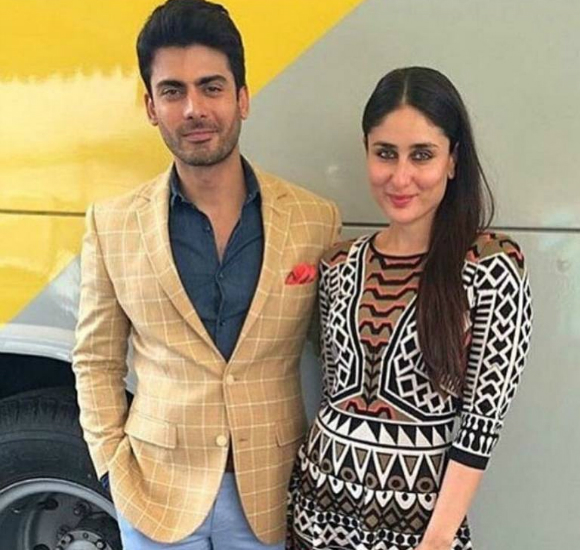 The two were recently pictured together and the snap went viral over the internet, sparking speculation that the two were already working on a secret project.

But Fawad cleared up the rumours, commenting:

“As far as the question of working with her goes, I would love to work with a talented actor like her if I get an opportunity. I have a great deal of respect for these artistes.”

Whilst Kareena may be anxiously waiting for her chance to work with Shoaib, she is currently reeling the success of her role in the movie Bajrangi Bhaijaan (2015), which took Rs 100 crore on its opening weekend.

And it doesn’t stop there for Bebo. She is already set to feature in the upcoming Brothers with her ‘Mera Naan Mary’ song, and even has Abhishek Chaubey’s Indian thriller Udta Punjab (2016) lined up!

Although there has been no word yet from Shoaib as to whether Kareena’s hopes will be fulfilled, we have a feeling he won’t want to pass up this wonderful opportunity!

Danielle is an English & American Literature graduate and fashion enthusiast. If she isn't finding out what's in vogue, it's classic Shakespeare texts. She lives by the motto- "Work hard, so you can shop harder!"
Muscles, Family & Desi Rascals by Anj and Moses
India’s Next Top Model starts with Swimwear Show