DESIblitz talks to Omar Mansoor about his high-profile clientele, his debatable relationship with Pakistani press and his journey into British fashion.

"Rich aunties hire young fashion graduates and ask them to design for them to eventually put their name on the outfit."

Omar Mansoor is that designer. A true-blue Pakistani, hailing from Faisalabad, Omar has 12 showcases at LFW, under his belt. He has also presented at various couture shows and pageants across the UK and Paris.

His dresses are a constant fixture at the starry enclosures of the Royal Ascot and have also landed a spot on the coveted red carpet of the Oscars.

Moreover, the Good Morning Britain host, Susanna Reid, wore one of his creations at the 2013 Academy Awards. Yet, Omar pretty much resides in obscurity for Pakistani media.

DESIblitz catches up with Omar Mansoor, on the sidelines of the popular Top Model UK pageant, where he has just showcased his two brand new collections.

A ready-to-wear Cruise collection and the bespoke Royal Ascot collection, due to be out April 2017. 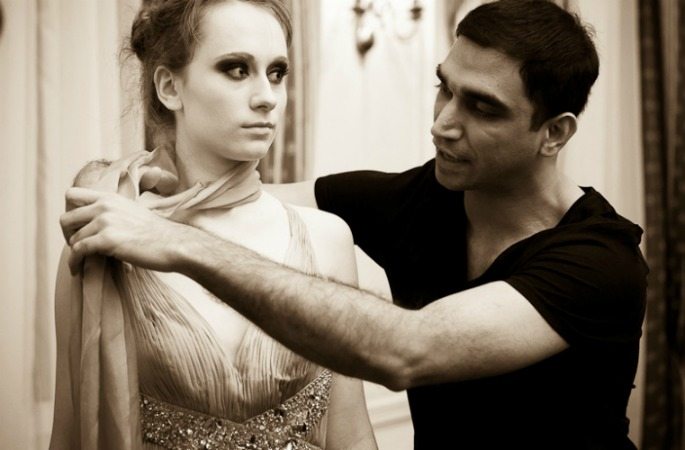 Omar Mansoor describes his foray into the world of British fashion as “accidental”.

He came to the UK to study at London College of Fashion. And, one odd day, he told his teacher, Jeff Owen, about how he wished to show his collection at London Fashion Week.

Two months down the lane, the dream turned into reality, when Owen recommended him to his contacts, at the British Council of Fashion. Since then, Omar has been regularly showcasing at the LFW, for almost a decade. But, he feels he is still struggling.

He tells DESIblitz: “I still feel I am struggling because the benchmark is getting higher with every season. Whenever I feel I have achieved something, something new comes along to strive for.

“I’ll put it this way: if you are in class 1 you are competing with students from class 1. When you move to class 8 you compete with the students of class 8. So I am constantly competing within my own league and the league keeps changing every year. But London is very welcoming, if you are genuinely creative you’ll get the applause.”

Omar now focuses more on sales and wearability, and has learnt to do so the hard way:

“Back in 2012, my collection got a lot of good press but when it came to sales, it was a complete flop. That’s when I met Anya Hindmarch who advised me to use the 70:30 formula – the collection should be 70% commercial and 30% creative for the catwalk.

“Because a one-off client or collector will buy a bag that looks like a detergent box but most will happily pay for a signature black bag.”

As Omar Mansoor speaks to us, one can’t help but notice his typical Punjabi accent. He finds it to be his strength:

“I haven’t changed my ways and that I feel is my strength. I speak in a very authentic Pakistani accent so when my clients walk in they are satisfied that this is somebody who is genuine and knows his work,” he says.

Coming back to his roots, Omar Mansoor is committed to promoting all forms of Pakistani creativity. For his shows, he always tries to use the most popular track on Pakistani charts.

In fact, his collection at the Top Model UK, was introduced with Ali Hamza’s soul-stirring ‘Par Chanaa De,’ playing in the background. It is quite the nostalgic moment.

In 2015, Omar collaborated with the legendary designer, Maheen Khan, to bring the KOYA movement to the LFW runway. KOYA is an initiative, to revive the industry for handwoven fabric. Omar used this fabric for three of his outfits and the response was great:

“The polka dot jacket that we made using KOYA’s handwoven was our bestseller and we even received mass orders for it but we couldn’t do those because the cost of the fabric is really high,” he reveals.

It’s a known fact that designers are their own breed of stars in Pakistan. And, fashion journalists have a crucial role to play in lending them the fame. One bad collection, and chances are you would be completely written off!

But, Omar Mansoor’s success story is London-based, and the Pakistani media is always starving for a Pakistani’s achievements abroad. Then why is it that he is hardly making headlines? Does he feel that the local press has been unfair to him? But, he has a perfectly good reason for the lack of fame in his hometown:

“It’s probably because I don’t retail in Pakistan,” he says.

“If I was to start selling there then journalists and bloggers would be able to see and feel my collection for real instead of just looking at the images.”

“They usually just get a press release and I believe they do the best they can because they also have to give space to local designers who are retailing in a very competitive industry.”

In what is a pleasant surprise, Omar is downright honest about his opinion of Pakistan’s fashion clout and does not mince his words.

“But yes I do, at times, feel that they can try and say more. There is still more room for them too because, after all, I am promoting Pakistan on the international platform,” Omar tells us.

“Let’s just say it can get nasty in the world of fashion. But here people don’t care as much because the focus is mostly on how much sales you can get. But, in Pakistan, it is still about how much fame you can get. Rich aunties hire young fashion graduates and ask them to design for them to eventually put their name on the outfit,” he says laughingly.

The Cruise collection is, as Omar puts it, targeted at the holiday-makers. It’s designed, keeping in the mind, the needs and limitations of people travelling to resorts, or on a cruise, using easy-to-iron fabrics and comfortable lengths, that can take one from day through night.

On the other hand, the Royal Ascot collection is something that has been evolving for the past 8 years. It caters to the Royal attendees of Britain’s prestigious horse race hosted by the Queen. 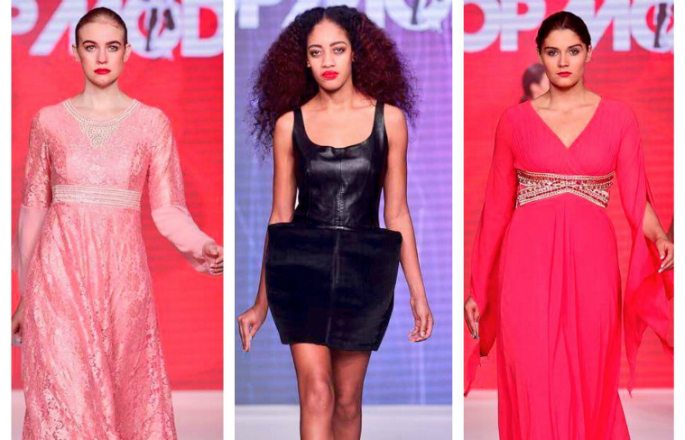 “The event requires one to follow a certain dress code,” Omar explains.

He further describes: “The dress cannot be high above the knees, the strap should not be less than 1.5 inches and in case you are wearing a coat, it has to be of the same fabric and colour as the dress. Or else you can wear your country’s traditional dress.

“So the collection is made keeping these guidelines in mind. Most of my clients are from the royal enclosure so I wouldn’t want them to be thrown out. For this year, I have worked on belted dresses. Also, the emphasis was on pastel, neutral colours to suit the summer weather.”

Running a fashion label in London is no easy feat. But, Omar is doing a commendable job by using his Pakistani connection to his advantage. Not many have been successful.

For the past two years, a host of Pakistani labels and designers have been showing at the London Fashion Scout. But, their success in terms of sales is questionable. As we get to the end of our conversation, Omar stresses the importance of understanding the market.

“While our local designers understand the DNA of fashion, they don’t have an idea about the DNA of the British market,” Omar points out.

He tells us: “They don’t know what the pulse of the market is. Nobody here wants to wear embellished pure silk. 90% of the dry-cleaners don’t even accept it.

“Indians, on the other hand, offer the lowest form of polyester fabric which is easy to maintain and they can’t even compete with our craftsmanship. But our prices are so high because we are using pure fabrics. If we are couturiers in Pakistan doesn’t necessarily mean we can sell as the same here.”

Omar Mansoor currently stocks in London, Paris, California, as well as, India. But, he plans to expand his RTW range internationally, and target island destinations as well. You can catch his next collection at the London Fashion Week in September 2017.