From Royalty to Bollywood, Celebs who wore Anita Dongre

Indian fashion designer Anita Dongre has received a lot of love from celebrities. From royalty to Bollywood, they love outfits from the designer.

"I chatted with her and she's amazing!"

Indian fashion designer Anita Dongre has attracted a lot of attention especially because many celebrities have been spotted wearing items from her collection.

The inspiration for many of Dongre’s collections come from her native Rajasthan.

She explained that every piece that she creates has some sentiment and meaning to it.

Dongre said: “I have an emotional attachment to that place because my grandparents come from there and I spent all my childhood years there.

“It’s just the legacy of craft, especially everything that is hand done in the region.”

Famous celebrities from Bollywood, the West and even from royalty share the same love for the fashion designer. 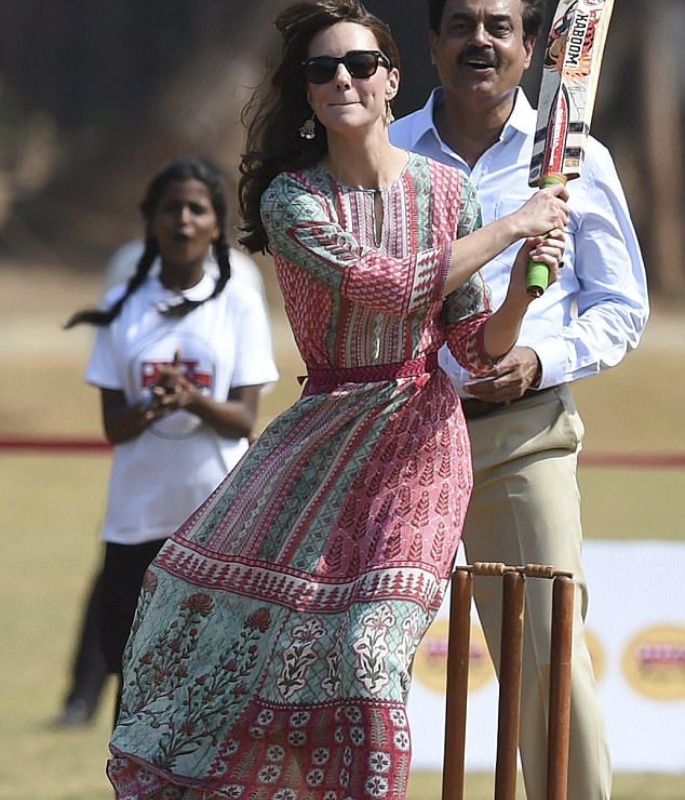 Anita Dongre burst on the scene in a massive way in 2016 when the Duchess of Cambridge attended an event wearing a Gulrukh Tunic Dress by the designer.

Kate had been on a tour of India and Bhutan when she wore the dress.

Dongre stated that she met the Duchess:

“Those pictures were just amazing. She played cricket in them and it just got her in a really happy state of mind.

“And subsequently, she’s also worn a pair of Pink City earrings for a reception at Buckingham Palace, for which I attended too.

“I chatted with her and she’s amazing! Warm, loves India and wants to visit Rajasthan again.”

“It still goes on, you’re not going to believe it! We’re still surprised because it’s been such a long time and we still get so many requests from all over the world asking us to make this dress that she wore.” 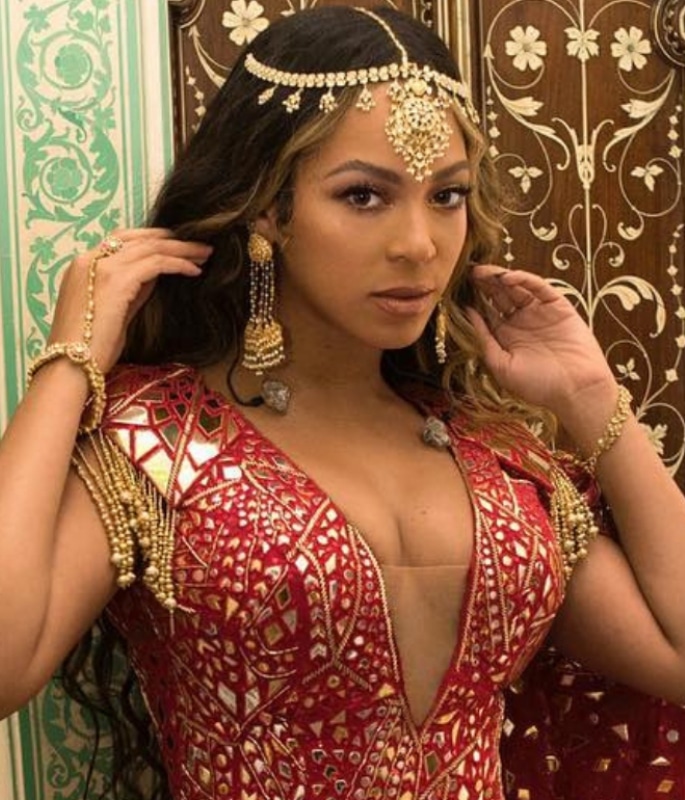 Kate Middleton is not the only one to wear jewellery from Dongre’s Pink City collection.

Music superstar Beyonce wore some from the collection when she performed at Isha Ambani’s wedding in December 2018.

“It was great to see that she was in Udaipur, another city in Rajasthan, the region from where I originate and she wore a pair of handcrafted earrings that are handmade in Jaipur.

“Udaipur is a city that is very close to Jaipur and that’s where the wedding was so that also felt, very, very special.” 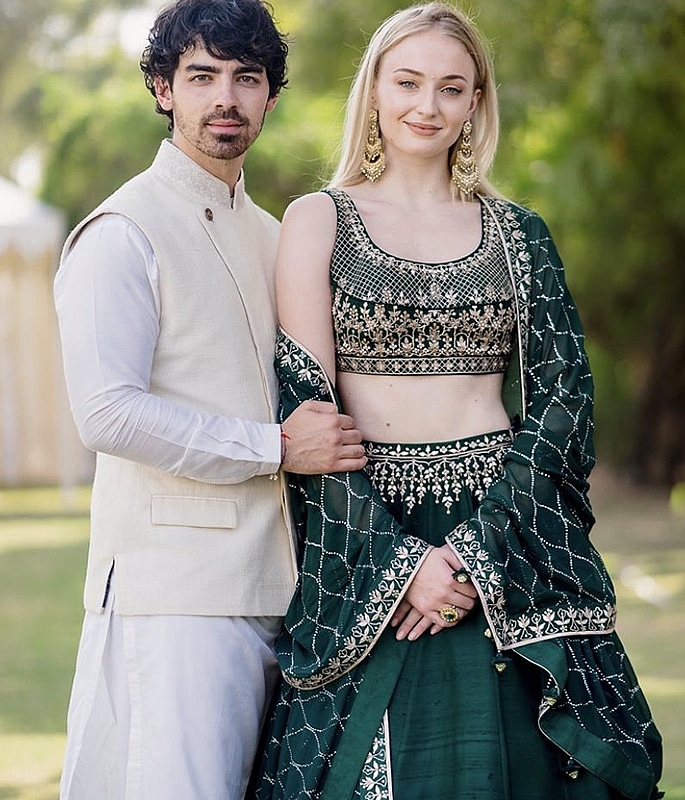 Dongre’s presence was also present during Priyanka Chopra’s wedding to Nick Jonas as she dressed his family for the pre-wedding celebrations.

She told E Online: “I was the only Indian designer who has a huge flagship store for wedding wear in Soho, New York. So most of the family visited us here and we outfitted them from the new collection.

“They’re such a lovely, lovely family.

“It was great to introduce Indian fashion to them because that was the first time they’d walked into an Indian designer’s store and they were just amazed at the kind of craftsmanship and workmanship that Indian-wear had.” 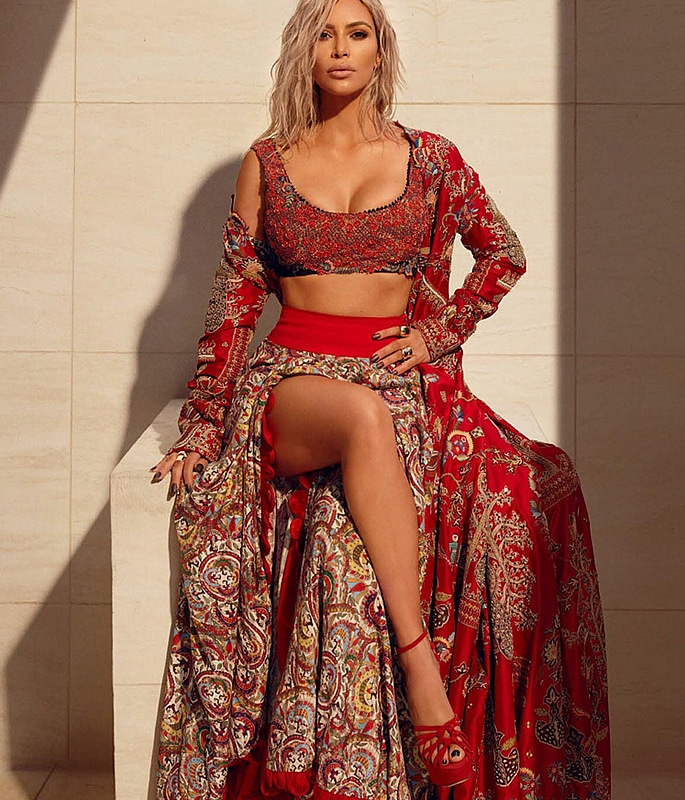 Dongre directly worked with Kim’s stylist for the shoot, but the chosen lehenga hit close to home for the designer.

“She wore a very, very special lehenga, which I love. A lot of my work and my design is inspired by Rajasthan or the wildlife in Rajasthan.

“So this was inspired by a wildlife sanctuary three hours away from Jaipur.

“She looked amazing in it. It had hundreds of these little exquisite hand embroideries all around the skirt.”

There have been many celebrities who have worn Dongre’s culture-rich pieces but there is one person she would still like to dress.

Dongre revealed: “Anyone would share all my value systems of being vegan and being sustainable.

“There are a lot of wonderful women who wearing their lives by these value systems. Jennifer Lopez, she’s amazing!” 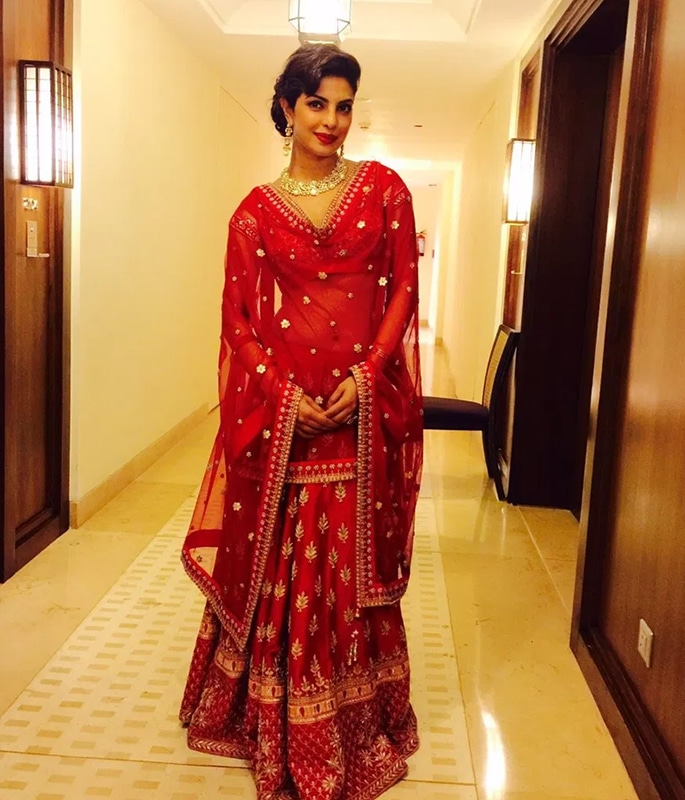 There are many stars from Bollywood who are fans of the creations by Anita Dongre.

Priyanka Chopra is a huge admirer of Dongre’s outfits and has worn them over the years to a number of events.

It was reported that she loves the styles so much that she made sure there was an Anita Dongre pop-up shop during her wedding.

This is so all her guests had access to traditional Indian clothes for each event.

While some stars have embraced bright coloured outfits, others have preferred the subtle look over the years.

Dia Mirza has always been a fan and has been spotted in many Anita Dongre outfits over time. 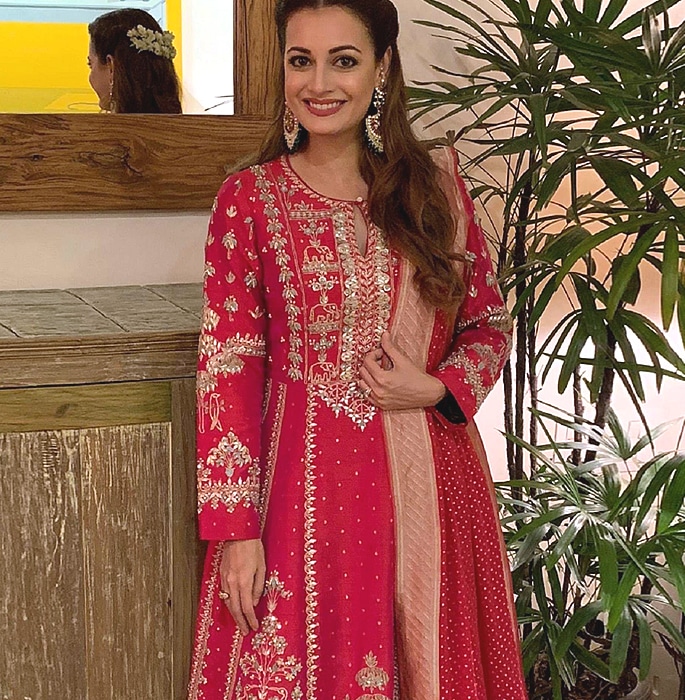 She wore a royal blue lehenga by the designer in 2014 for her sangeet.

Aditi Rao Hydari opted for a subtle look and went for an ivory maxi dress while Vaani Kapoor went for an icy blue gown. 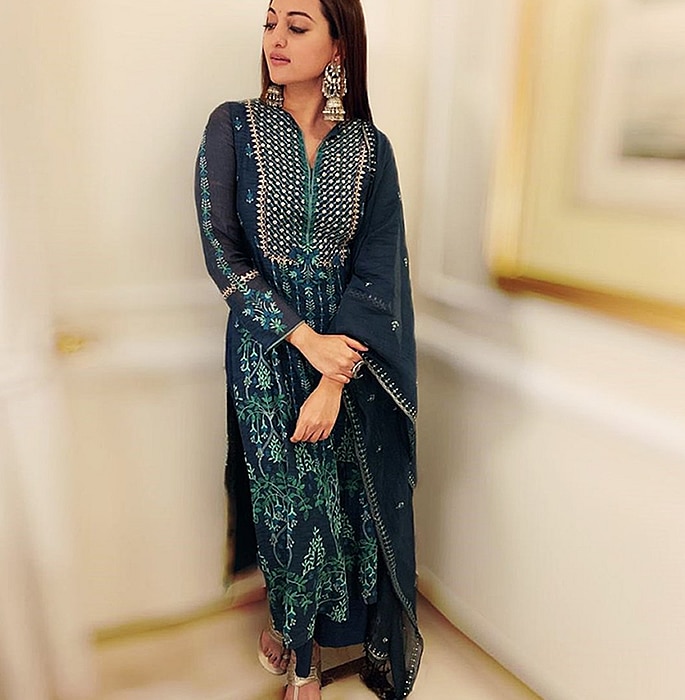 Sonakshi Sinha is another star who loves wearing outfits from Anita Dongre and she likes to mix it up when it comes to the colours.

Sometimes she goes for mellow colour options while other times, she prefers to dress in bright colours.

Anita Dongre is a sought after name when it comes to celebrities. With her creations, she imposes an individuality on the person wearing her designs.

With these famous celebrities wearing her outfits, we are sure that there will be many more in the future who will cherish wearing Anita Dongre designed attire.

Dhiren is a journalism graduate with a passion for gaming, watching films and sports. He also enjoys cooking from time to time. His motto is to “Live life one day at a time.”
14 Most Expensive Bollywood Costumes Ever Worn by Stars
Sabyasachi Bride wears the Most Spectacular Pink Lehenga