Rani Mukerji made a stunning entrance, dressed in a glittering gold sari by Sabyasachi.

British Asian celebrities and Bollywood stars enjoyed a glamorous charity dinner with Prince Charles and the Duchess of Cornwall at the Banqueting House in London on February 3, 2015.

Over 300 guests from across the British, Indian and British Asian community came together for the annual British Asian Trust Royal Dinner.

They raised over £1 million to support the Trust’s charity work and empowerment initiatives in South Asia.

Bollywood actress Rani Mukerji made a stunning entrance at the historical venue, dressed in a glittering gold sari by Sabyasachi. 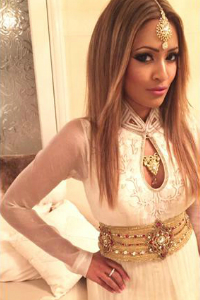 Manoj Badale, the Trust’s chairman and a Cambridge University alumni, opened the evening.

Radio DJ Nihal, who is also one of the Trust’s ambassador, then stepped in to host the star-studded night.

One Direction’s Zayn Malik was sadly and strangely missed at the night.

Given his diehard fans recently raised over US$10,000 (£6,500) for the Trust in honour of his 22nd birthday, the superstar’s absence seemed all the more surprising.

If Zayn had gone to the event of British Asian Trust, we could have seen pictures of Zayn with Rani Mukherjee & Kailash Satyarthi.

Home to almost half of the world’s trafficked population, this is a problem that India is keen to address urgently.

The fund is expected to support the existing work of the Trust in helping girls at risk of trafficking, as well as those affected by abuse and exploitation.

There is no one better than Kailash Satyarthi, a Nobel Peace Prize winner, to deliver a keynote speech on this issue.

“I have been globally campaigning against all forms of slavery and child labour for decades and I strongly believe that it perpetuates poverty, unemployment, illiteracy and population growth.”

It was also announced at the event that Sair Khan has joined the Trust as a new ambassador.

Following in the footsteps of his predecessors such as Michelin-starred Indian chef Atul Kochhar, the Coronation Street actor will contribute towards raising awareness for the Trust’s projects. 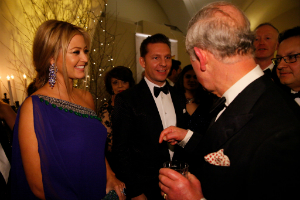 Despite the gravity of the issue in focus, the Trust made sure its guests were splendidly entertained.

Chelsea midfielder Cesc Fàbregas and Australian singer-actress Holly Valance were among other gorgeous guests who made an appearance.

Holly, who attended with her husband Nick Candy, was breathtaking in a bright blue one-shoulder dress with silver and green beads lining – a clear nod to Asian couture.

Founded by Prince Charles in 2007, the British Asian Trust aims to address the extensive poverty and adversity in South Asia.

As the president of the Trust, Prince Charles has taken an active role in drawing funding and resources for the Trust.

Together with the help of its high profile and world-renowned ambassadors, the Trust has brought about positive changes to the livelihoods and education of over 1.5 million people in South Asia.