28-year-old Antonio Boparan has pleaded guilty to grievous bodily harm at a Birmingham bar. The attack which left one man blinded, is the second almost fatal incident Boparan has been involved in.

"He does not care what damage he inflicts on other people."

Antonio Boparan, the millionaire son of a food tycoon was caught in the middle of a bar brawl which left one man blinded.

Boparan, aged 28, admitted to causing ‘bodily harm’ as well as ‘violent disorder’ at Birmingham’s Nuvo Bar along with three other men.

The incident, which occurred on April 6, 2014 in the early hours of the morning, saw Boparan and his friends attack two victims.

They were kicked and punched, as well as hit with broken bottles. The vicious assault resulted in one of the victims suffering a fractured eye socket, which later resulted in blindness.

Along with Boparan, the three other attackers were named as Nathan Pringle (32), Edward Ansah (24), both guilty of ‘violent disorder’. Theadore Mullings-Fairweather (25), pleaded guilty to ‘grievous bodily harm’. All four men admitted to the charges. 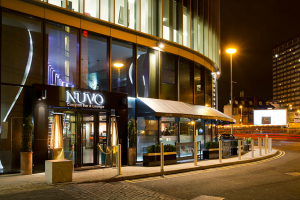 This is not the first almost fatal offence that Boparan has been convicted of. In November 2006, he was involved in a horrific car crash which left a baby girl, Cerys Edwards, severely brain-damaged.

Boparan, who was 19 at the time, had been speeding on the wrong side of a residential street in Sutton Coldfield.

Boparan was convicted of dangerous driving by a jury and faced 21 months of jail time, however was let free after only 6 months. As it turns out, if Cerys had died in the accident, Boparan would have been sentenced for 14 years.

Speaking about the latest arrest, father of Cerys, Gareth, admitted: “He practically killed Cerys that night and now he has been caught up in an incident which left another person permanently disabled.

“Sadly, I can’t say I’m surprised. Even when he was on bail for dangerous driving in Cerys’s case, the court was told that he was caught speeding at 95mph on the Aston Expressway.

“He does not care what damage he inflicts on other people. These latest victims could have been left brain damaged or paralysed, just like Cerys.” 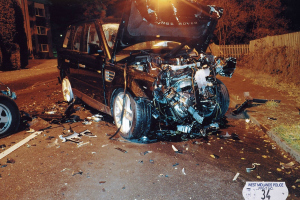 Boparan is the son of Ranjit and Baljinder Boparan, owners of the 2 Sisters Foods Group. The family have a reported wealth of £800 million.

Following the accident, Antonio’s father, Ranjit, paid £200,000 to the Edwards family towards their house. In what became a five-year battle with insurers, Cerys was finally given £5 million in compensation as well as an annual pay of £450,000 for the rest of her life.

Cerys’ father Gareth however is unconvinced that Antonio Boparan will learn from his mistakes and the damage he has caused others:

“At sentencing he will no doubt have the best legal representation again and the latest victims will get the same apologies that we were given. He will say how sorry he is, how he has learnt from his mistakes and how he will turn his life around.

“But I will not be surprised if he goes and does something again. He just does not care,” Gareth says.

Boparan currently runs the Boparan Charitable Trust along with his mother, Baljinder.

Having already pleaded guilty to the bar attack in April 2014, Boparan will now be sentenced in March 2015, along with the other three men involved.