British-Asian actor Antonio Aakeel will star in the Hollywood reboot, Tomb Raider. The film features Alicia Vikander and will be directed by Roar Uthaug.

British-Asian actor Antonio Aakeel will star in Hollywood’s upcoming reboot of Tomb Raider. It hails as the next big step in this young actor’s rising career.

The 22-year-old will star alongside Oscar winner Alicia Vikander, who will play the lead role of Lara Croft. Antonio himself has landed the role of Nitin, a friend of Lara.

Expected to have a release date of 16th March 2018, Tomb Raider will also be directed by Norwegian filmmaker Roar Uthaug.

The Hollywood reboot will follow the adventures of a young Lara Croft, based on the popular video game series.

The franchise had previously witnessed two films, which featured Angelina Jolie as the protagonist in 2001 and 2003.

But now, producers hope to bring back Lara Croft to the screens. The video games themselves have enjoyed a successful reboot with Tomb Raider (2013). It seems Hollywood hopes for similar achievements with this highly-anticipated film.

Producers have released a synopsis, which states: “Seven years after the disappearance of her father, 21-year-old Lara has refused to take the reins of his global business empire, instead working as a bike courier in London while taking college classes. 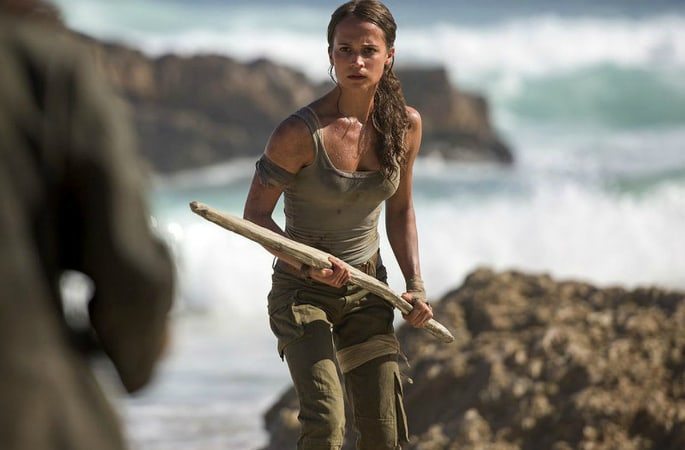 “Eventually she becomes inspired to investigate her father’s disappearance and travels to his last-known location: a tomb on an island somewhere off the coast of Japan.”

The actor also added of his role: “It’s very clear from the off Nitin is in love with Lara. They have a unique chemistry and familiarity that translates through his every action.”

While fans only have little information on how Antonio Aakeel’s character will play into the story, it still remains an impressive feat for the Wolverhampton actor.

After his acting debut in television drama Skins, his career has gone from strength to strength. DESIblitz has previously spoken to the 22-year-old on his remarkable career. Just recently he wowed fans in A City of Tiny Lights, which also starred Riz Ahmed, and in the harrowing BBC drama, Three Girls.

Antonio Aakeel has also just finished filming his latest project, Eaten By Lions. It was at the end of this film shoot where he was asked to make an audition tape with only a few hours notice:

“I filmed it outside my trailer on my lunch break and luckily it got me the part.”

The rising star has also expressed his excitement with working with Alicia Vikander. He revealed:

“Alicia is a phenomenal talent. We got on instantly and it’s clear just how incredibly hard she has worked to bring Lara to life. From the day we met, we had a natural spark which I feel really aided the performance.” 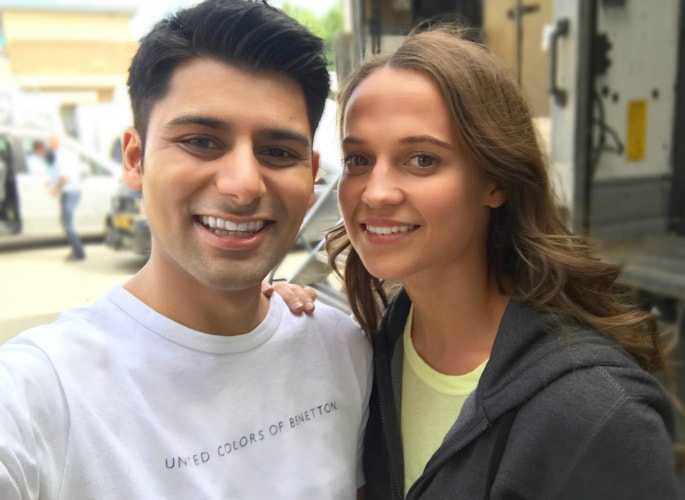 On being part of such a huge Hollywood production, Antonio exclusively tells DESIblitz:

“It’s exciting to be part of a film that you know will travel internationally before you’ve even finished filming. It’s nice to know that people will get to see it in contrast to independent films when you’re not always sure it will get a chance to find its audience.

“This is my first studio film, but ultimately the work is the same so I don’t see much difference between this and other projects I’ve done besides the sets being bigger and having a little more time to shoot.”

The young actor also joins the ever growing list of Brit-Asians finding success in Hollywood and the USA, adding:

“It’s great to represent where I come from and my community to a global audience, and be part of a new wave of Brit-Asians working within the media. I would never consider myself a role model but it’s great to showcase that you can still achieve even when you’ve come from a small town away from the industry.”

Many fans of the popular franchise will surely hope the film will deliver on big action and adventure.

And with incredible actors, such as Antonio Aakeel and Alicia Vikander, involved in the project, it is certain to be a great success.