Sony’s 2019 remake of ‘Men in Black’ will be joined by Pakistani-American actor Kumail Nanjiani who is set to play the alien sidekick, Pawny.

Kumail's character will act as the comic relief in this film.

Kumail Nanjiani is set to star in the 2019 Men in Black reboot as the third alien sidekick, Pawny. Sony’s reboot will not feature Will Smith or Tommy Lee Jones, but an all-new cast.

The Pakistani-American actor and writer will star as Pawny. As an alien sidekick, this character is described as funny, wise-cracking, and sex-driven. However, this is not surprising as the character is from a civilization that oddly exists on a Chessboard.

Whilst the universe that the film is set in will remain the same, it’s reported that the producers will be adding a ‘contemporary spin’. The new spin is thought to take the film onto a more global scale.

According to That Hashtag Show, the new film will “take place within the same universe as the previous films but put a contemporary spin on the franchise that captures things on a more global scale.”

This ties in with the plot which so far has only been revealed, as the agents “become involved in a murder mystery that has them travelling the globe.”

Rather than Agent K and Agent J, who were played by Tommy Lee Jones and Will Smith in the original Men in Black movies, this reboot will see an all-new cast of characters on set.

By accepting the role, Kumail Nanjiani will be joining well-known stars including Chris Hemsworth (who will be starring as Agent H), Tessa Thompson and Liam Neeson in summer 2018 to begin shooting.

With the Silicon Valley actor added to the list of distinguished actors in this film, we think this action comedy spinoff is shaping up to be a must-see.

The four actors will make for an interesting quartet of characters, each known for comedy and action elements, we can see them working together harmoniously in this new film.

It seems that Kumail’s character will act as the comic relief. Pawny will be making us laugh between scenes of Hemsworth’s suave MIB Agent H protecting the Earth.

The spinoff will be directed by F. Gary Gray. Gray is known for directing Fate of the Furious, as well as the highly praised biopic Straight Outta Compton.

Moreover, the script is jointly written by Matt Holloway and Art Marcum. Whilst the film will be executively produced by Hollywood’s famous filmmaker, Steven Spielberg.

After the franchise made $1.5 billion (approx. £1.146 billion) worldwide, it’s no wonder that we’ll be seeing this hilariously crazy universe again.

The action comedy is set to come out in the Summer of 2019 and we have no doubt that fans of the Men in Black franchise will be queuing up to see it.

Aside from playing programmer Dinesh on the Sky Atlantic show Silicon Valley, Kumail Nanjiani earned his first Academy Award after starring and co-writing The Big Sick (2017).

Interestingly, the film was loosely based on the actor’s own life. A heart-touching romantic comedy, it can’t be missed. 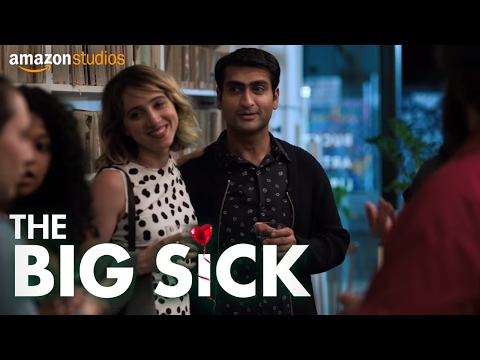 The Big Sick (2017) tells the story of a Pakistani man looking for love. The comedic film is a love story with hilarious moments starring Zoe Kazan and Holly Hunter, as well as Nanjiani.

With his background in comedy, Kumail Nanjiani is able to add in the right amount of comedy to this film. However, the comedic aspects do not undermine the film’s important and positive message regarding interracial love.

The comedian, who is also well-known for his stand-up, has also hosted Saturday Night Live.

After the success of The Big Sick, we can’t wait to see Kumail in the Men in Black reboot!

Images courtesy of kumailn Instagram and Men in Black

Ranbir Kapoor Opens Up About his Relationship with Alia Bhatt
Engagement of Priyanka Chopra and Nick Jonas Soon?