The BAFTA award-winning actor, Adeel Akhtar, talks about his experience working on The Big Sick and the cultural pressures present while searching for love.

"I find everything very challenging all the time, drama and comedy and waking up in the mornings"

An unconventional love story loosely based on the real-life relationship of Kumail Nanjiani and Emily V. Gordon, The Big Sick shows Kumail’s beginnings as an aspiring stand up comic.

A grad student, Emily (Zoe Kazan), heckles him during a set, and later, a one night stand turns into something more. But it forces Kumail to balance the expectations of his traditional Desi parents and the consequences of Emily’s medically induced coma from a mystery illness.

The presence of her worried parents brings the familiar faces of Holly Hunter and Ray Romano to the film. Then Anupam Kher and Zenobia Shroff portray the constant machinations of his own to find a suitable Pakistani bride. Together the four skilfully play the respective sets of parents for a unique romantic comedy.

In addition, Adeel Akhtar highlights the freedom of his performance. He has the role of Kumail’s older brother Naveed and mentions: “obviously it’s based on his brother, the idea is that you can just try and make it as funny as possible.

He wasn’t overtly giving me any tips but definitely while we were doing the scenes, I felt like he was giving me permission to have fun with it and play around with it.” 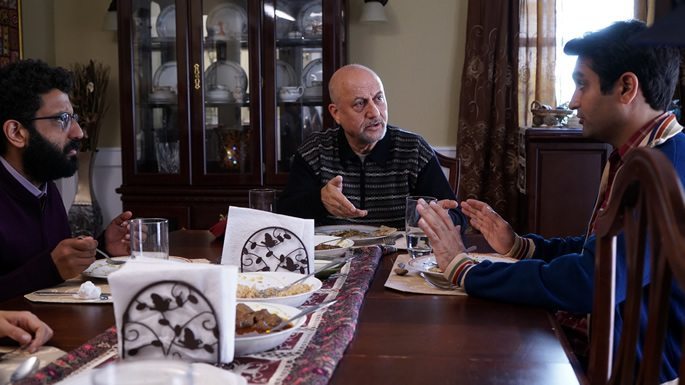 Akhtar mentions the unconventionality of The Big Sick: “You just have the two people falling in love with each other and figuring out how to make that work.

“Kumail has to tread a very careful line between adhering to the values of where he’s from, his parents, but also embracing his new life with Emily and trying to make it as a stand up.”

In an exclusive interview with DESIblitz, Adeel Akhtar, discusses what attracted him to the unusual project of The Big Sick. The British Pakistani actor also speaks about today’s experience of finding love as an Asian in Western society.

Adeel, what attracted you to The Big Sick?

I was asked just to audition first and to put it down on tape and at that point I hadn’t received the script. I just got the sides and I did a little bit of research and saw Kumail was attached. I got some general information about that and that in itself, got me quite excited about wanting to get the part – knowing that it was his personal story.

The fact that Judd Apatow was attached to it as a producer and being a big Judd Apatow fan as well, that was exciting.

Also, I noticed that the director was – I mean, this is just a by-the-by – but I went to drama school for a bit in New York and I used to work in a coffee shop in Brooklyn. I looked at the director’s face [Michael Showalter] and I was like I recognise this face – I had served him coffee, an iced coffee with soya milk in it that had gone off. But because the person who owned the coffee shop was so strict, we weren’t allowed to get new soya milk. So I had to try and serve him an ice coffee with these lumps in it and try and palm it off and say that’s the property of soy milk – it just gets stunned in really cold water.

He remembered. On the first day, I was like: “I served you iced coffee” – [to] Michael Showalter – and he goes: “yes I remember, I used to live around there.”

Did you know much about the story before you signed up as it’s definitely not conventional to fall in love with someone while they’re in a coma?

Yeah it’s very unconventional, but I knew about the general storyline before and then I got the script after I got the part, so that’s when I knew the specifics of the story. But that was very interesting for me.

But because they delayed how much information… I don’t think I knew at that point, I didn’t know Emily was in a coma. When I got the part, I got the script in and I was able to read the whole thing and know at that point, but it’s a very unconventional story. 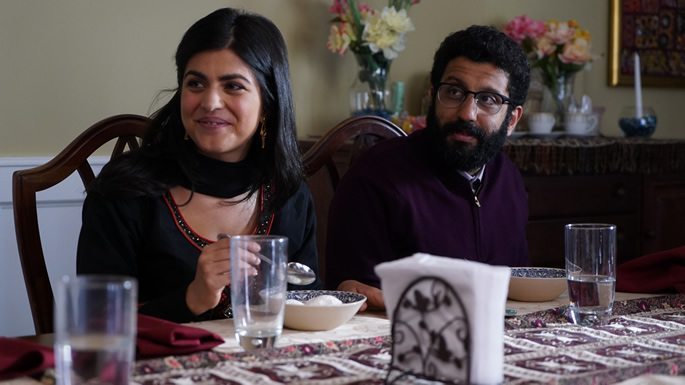 Your character in The Big Sick warns his brother that he has to marry a Pakistani girl – Do you recognise these cultural pressures from your own life or anyone you’ve known?

I was going to follow in the same sort of line as that really. For a little while my mum and dad were expecting me to marry someone that they chose or I chose myself, but definitely someone in the same community, in the same religion.

“But after a while of doing what they had asked me to do for a very long time, I ended up doing what I wanted to do and pursuing acting. I think that gave me the courage to speak truthfully to them about the type of life that I wanted to lead for myself, which is definitely a parallel with Kumail’s journey.”

Do you think that these cultural traditions or expectations of who you’re supposed to marry still exist or are times changing?

I think times are changing. We’re living in an age now when we have such access to information and we’re so interconnected with each other that the idea of what an arranged marriage was 10 years ago, 5 years ago, a year ago, or even, month to month, keeps changing. These cultural norms keep defining themselves in a way that would be unrecognisable even a year ago.

I know that for some people in my community, and even in my family, that’s worked really well for them – the idea that you would choose someone that you would spend the rest of your life with that your parents would approve of and that your community was approve of.

It’s just another way of finding a life partner, there’s websites and all sorts, it’s almost turned into a dating website. It’s really exciting because we’re living in a world now, especially in this country and even in America, where we’re seeing a blending of these two sorts of ideas of what romantic love is. 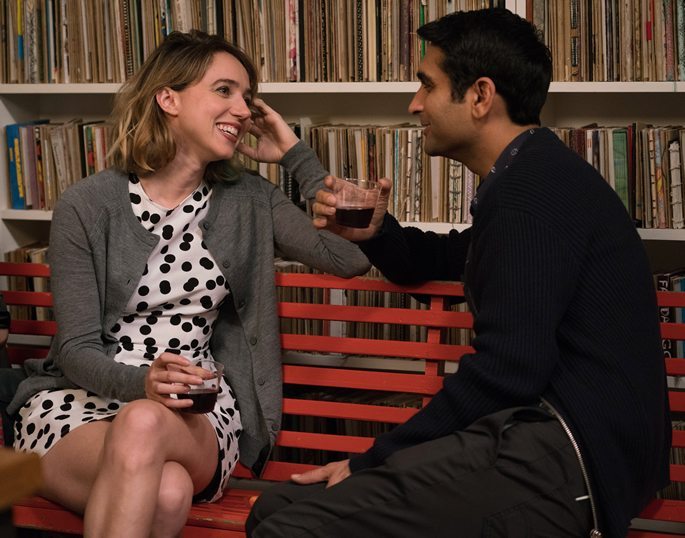 Romantic love traditionally in the West was, definitely in this country, it was like a Jane Austen novel. Find the person, that’s the person – the stars align and you’re intoxicated by the presence of this person.

Then the more sort of traditional, sort of my understanding – referencing my mum and dad, and their parents – everything was a dutiful love almost, this thing of: can I see this person being with me for a very long time? At the moment, you’re seeing a merging of the two, which is really exciting. It’s wonderful.

You’ve taken both comedic and dramatic roles with great success, do you have a preference for either or find one more challenging?

I find everything very challenging all the time: just drama and comedy and waking up in the mornings.

“I find things challenging generally. But I think whenever I try and ever control anything in a particular way, if I try and present myself as a dramatic actor or as a comedic actor, then I often find that the opposite happens.”

I’ve kind of learnt now just to be really appreciative of the opportunities that I’m given and just to try and do the very best that I can with what I’m doing at that time. Other people make their minds up I think, if I’m being dramatic in how they see me.

I just want to pay bills – pay my bills. 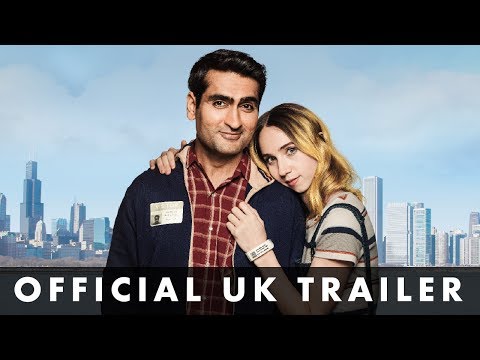 With a string of successful roles, Adeel Akhtar has gone beyond just paying bills. He achieved a historic win for his role in BBC 3’s Murdered by My Father. Akhtar is the first non-white actor to receive a BAFTA TV award for Best Actor.

Previously, his role in Utopia won him a nomination for Best Support Actor by BAFTA and The Royal Television Society. Otherwise, he has worked predominantly in television and film. His credits include the acclaimed indie film Four Lions and the Emmy award winning drama, The Night Manager.

In addition to The Big Sick, Adeel Akhtar will be in the upcoming film, Victoria and Abdul. He will also appear on the small screen for the American supernatural sitcom, Ghosted.

In the meantime, fans of the actor can watch Adeel in cinemas alongside the likes of Kumail Nanjiani, Zoe Kazan, and Anupam Kher.

The Big Sick will release in the UK on 28th July.

An English and French graduate, Daljinder likes travelling, wandering around museums with headphones and getting over-invested in a TV show. She loves Rupi Kaur’s poem: “If you were born with the weakness to fall you were born with the strength to rise."
10 Photos of Taimur Ali Khan that are Totally Cute
Kangana Ranaut in Sword Fighting Injury during Film Rehearsals