Bollywood Stars who Acted in Hollywood

Bollywood’s biggest stars are taking the world by storm! DESIblitz takes a look at the Bollywood superstars who have showcased their talent in Hollywood.

Bollywood stars have garnered a worldwide audience with their enchanting performances and intriguing superstar lifestyles.

After receiving success and accolades within Hindi cinema, some of Bollywood’s finest talents have extended their career endeavours across the pond in Hollywood.

Both our heroes and heroines have become familiar faces on the Hollywood scene.

DESIblitz takes a look at some of the most successful Bollywood stars in Hollywood films. 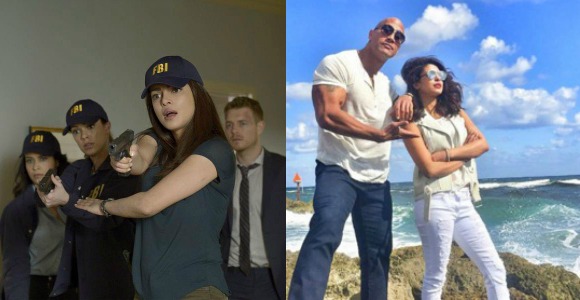 Bagging her big break with the gripping series Quantico, Priyanka has tasted success early with this smash hit show set for another series!

After winning a People’s Choice Award for her role in Quantico, Priyanka grabbed the attention of American casting crews and went onto land herself a role in Baywatch as a villain which she and Dwayne Johnson announced online. 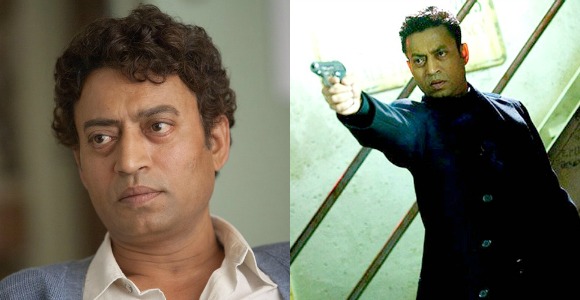 His gripping performances and natural flair onscreen has invited the attention of global audiences.

Showcasing his talent in The Amazing Spiderman (2012) as a bad guy, and following this with a spectacular performances in The Life of Pi (2012) and Jurassic World (2015), Irrfan has proved his worth in multiple Hollywood blockbusters. 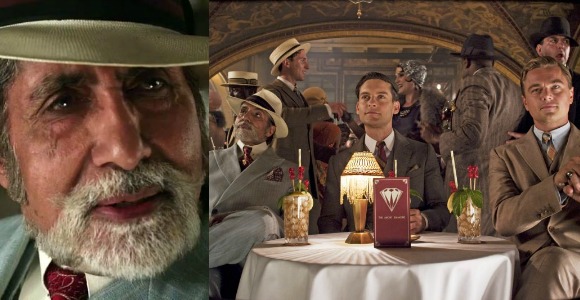 Bollywood’s biggest living legend has entrenched his stardom across the globe with his impeccable performances and unique star presence.

His ability to pull in audiences and light up the screen in every frame helped him work alongside one of Hollywood’s biggest movie stars! 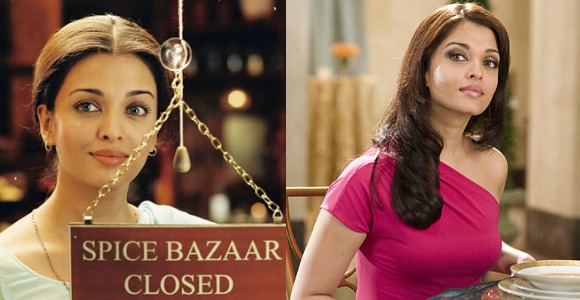 Former Miss World and Bollywood movie superstar, Aishwarya Rai is possibly the most successful Bollywood actress on an international platform.

From international modelling campaigns, to leading roles in Hollywood films, Aishwarya’s acting talent, and breathtaking beauty have all given her a global career.

Glowing as Lalita in Bride and Prejudice (2004) and sizzling in The Pink Panther 2 (2009), Aishwarya has flaunted her acting skills on an international stage.

She has accompanied this with gripping performances in The Mistress of Spices (2006) and Provoked (2006), which has proved her acting grit. 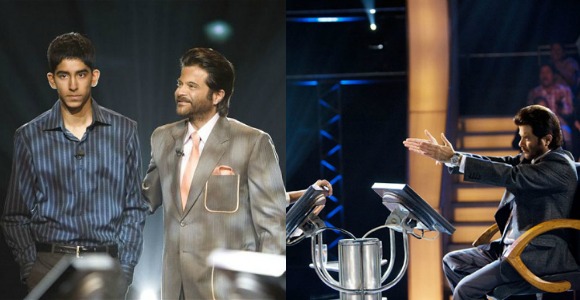 This loud and energetic performer dominated the Bollywood silver screen with smash hits including Ram Lakhan (1989) and Mr India (1987) and has ventured into Hollywood in recent years.

Playing a pivotal role in the Oscar winning and internationally acclaimed blockbuster, Slumdog Millionaire (2009), placed Anil on the Hollywood map.

This success helped him land a role in Mission: Impossible – Ghost Protocol (2011) alongside superstar Tom Cruise! 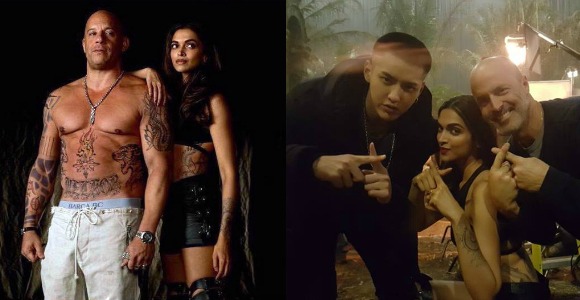 This dusky beauty’s career rocketed after her stellar performance in Cocktail (2012), and since this she has continued to deliver blockbuster after blockbuster.

2016 is a big year for Deepika, as her growing worldwide adoration and international success have landed her a role alongside Hollywood star, Vin Diesel!

Fans will soon see Deepika lighting up the screen in The Return of Xander Cage, and the sneak peaks we have seen so far of the two look enticing! 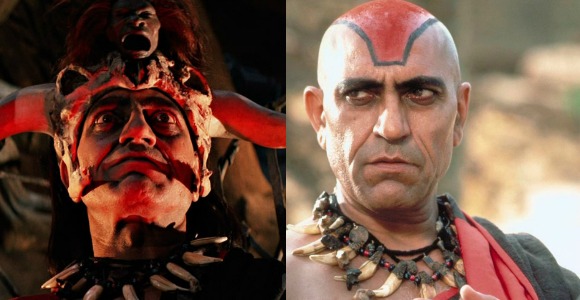 Amrish Puri’s unforgettable performance as Mogambo and powerful negative performances in films such as Hum Paanch (1980) and Nayak (2001), have made him one of Bollywood’s most iconic villains!

It was this villainous reputation and his unmatchable onscreen persona which grabbed the attention of renowned Hollywood filmmaker, Steven Spielberg.

Amrish was cast in the epic Indiana Jones and The Temple of Doom (1984) as the villain Mola Ram, which has become an iconic role in his career and in Hollywood cinema. 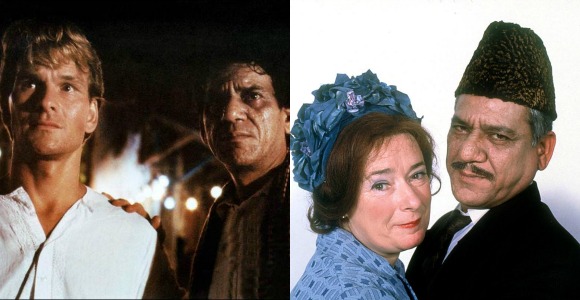 Om Puri’s acting versatility has enabled him to perform in any role whether it be comic or negative.

Working in both parallel cinema and mainstream commercial blockbusters, Om Puri’s career has encompassed everything.

His versatility has helped him work in numerous Hollywood films including the classic comedy East is East (1999), City of Joy (1992), and The Ghost and Darkness (1996), to name a few. 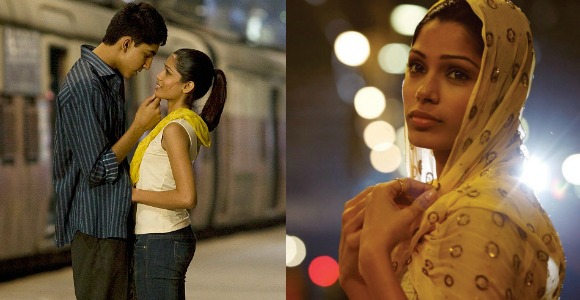 Indian born Freida had one of the biggest entrances into Western films with Danny Boyle’s Slumdog Millionaire (2009), catapulting her into stardom!

She followed this with performances in Rise of The Planet of The Apes (2011) and Immortals (2011).

Freida’s beauty and stardom also made her of interest to singing superstar Bruno Mars, who cast her in his music video for ‘Gorilla’. 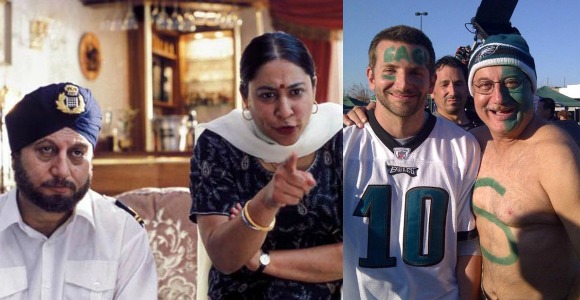 Senior actor Anupam Kher has paved himself a career which is upheld by strong performances and super hit films. Whether he is a part of the lead cast, or simply in a supporting role, Anupam always grabs the attention of the audience.

Anupam’s minimal yet strong performance in any role has helped him make his way into Hollywood in films including Silver Linings Playbook (2012), You Will Meet a Tall Dark Stranger (2010), and the British comedy, Bend it Like Beckham (2002).

Bollywood’s finest actors have conquered Hindi cinema and have ventured into Hollywood to showcase their talent.

Whether their roles are small or a main lead, these actors have displayed their talent on international platform on numerous occasions.

With some of Bollywood’s young budding stars beginning their Hollywood careers, we wish them good luck and look forward to seeing them light up screens in Hollywood blockbusters!