Hollywood and Bollywood get Closer

Over the years the gap between Bollywood and Hollywood has began to converge. The relationship between these two mammoth film industries is now much closer than ever before and both are keen to share experience, funding, talent, stories and actors.

Will Smith is very keen about Bollywood

In India, Mumbai is known to be like NYC. It’s the city of dreams. Many people from around the globe move to Mumbai, just to get a little taste of stardom. Unfortunately, everyone can’t become a star, since the industry is very hard to get into, but thanks to our very own Bollywood stars all Indians world wide are kept entertained.

Throughout the years, there have been many accusations held against Bollywood from Hollywood officials. They said that Bollywood stole movie plots, song lyrics and much more. Accusations that had truth to them because the Bollywood industry has been known to copy Hollywood films on many occasions. For example movies such as Teree Sang (Juno), Salaam Namaste (Nine Months) and Koi Mil Gaya, which borrowed story lines from Hollywood hits such as E.T.: The Extra-Terrestrial, Singing In The Rain and Rain Man. 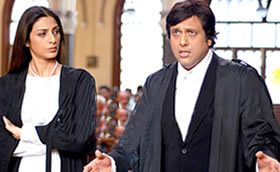 In August 2009, 20th Century Fox accepted a US$200,000 out-of-court settlement from the Bollywood film producer, BR Films, who was accused of copying its 1992 Oscar-winning comedy My Cousin Vinny, in Bollywood known as, Banda Yeh Bindaas Hai or This Guy Is Fearless, released in April 2010.

Another major example is the Bollywood film ‘Partner,’ starring Salman Khan, Govinda and Katrina Kaif. Overbrook Entertainment and Sony Pictures who made ‘Hitch’ accused the producers of Partner for blatantly copying the romantic comedy in some cases frame by frame. The law suit sued for $30 million from the Partner producers.

Bollywood film-makers will still copy American plots but now, they will have to buy the rights

Which is the key difference. Something that Bollywood producers should have acknowledged in the past but they felt could ‘get away with it.’

Similar things can be said about Bollywood music, where many songs produced for films have been lifted or directly copied from Western songs or songs from around the world. Bollywood music directors like Pritam have been accused of plagiarism. 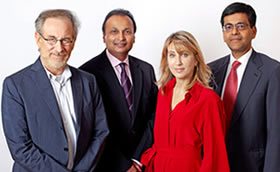 However, on the flip-side, Hollywood recognises the vast market in the economically booming India. And this has resulted in Warner Bros, Sony Pictures and 20th Century Fox teaming up with Indian film studios to make several Bollywood movies. Disney invested nearly US$200 million this year in one of Bollywood’s biggest producers, UTV. Conversely, billionaire Indian industrialist Anil Ambani recently invested US$825 million in Steven Spielberg’s DreamWorks SKG Studios, allowing the cash-strapped Spielberg to break away from Viacom’s Paramount Pictures.

This transition of Hollywood and Bollywood getting closer allows is making it possible for both entertainment industries to come together and let their stars collaborate within a different environment. Many feel this transition has been speeded up further to the incredible success of Slumdog Millionaire. Especially, since it won Oscars and BAFTA’s. 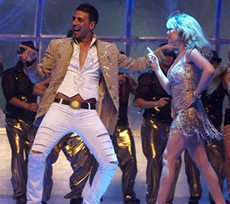 There are some individuals who just love Bollywood in general. Popular Hollywood actor Will Smith is very keen about Bollywood, to the point that in a interview on Indian Idol he sang in Hindi Aati Kya Khandala. Canadian singer Nelly Furtado sang Kabhi Kabhi during one of her concerts. She says that she’s grown up around Asian and Indian people, therefore she’s fond of the language and culture. 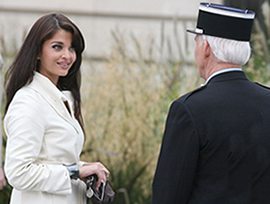 While Hollywood actors and actresses are trying to get into Bollywood, stars in Bollywood are doing the same. Rumor has it that actress Preity Zinta wants to move to L.A and hire an agent so she can work in some Hollywood productions. This wouldn’t be the first time where a Bollywood star gets involved with Hollywood productions. Miss Universe 1994, namely, Aishwarya Rai has already featured in a number of Hollywood films. Bride and Prejudice, Chaos, Taj Mahal, The Last Legion, Pink Panther 2 are some of the films she has acted in. Meanwhile, John Abraham, Ashmit Patel and Arjun Rampal have been asked to appear in Andy Armstrong’s new film called ‘American Empire.’

If you look at previous movie plots used in Bollywood you will notice that most of the olden movies have a very similar plot. Usually, a love story, where a boy and girl fall in love, and they go through some problems related to class, family or a lie and towards the end they either live happily or one of the main characters die.

Interestingly, some Bollywood directors realised this and decided to make changes. Story-lines began to touch on subjects not usual for Bollywood. During 2003, Rakesh Rohan’s film Koi Mil Gaye took on a different theme. Instead of making it a serious movie for adults, he twisted it up and made a family movie. The movie was a success and was loved by millions of viewers, especially younger kids thanks to a special alien that was featured in the film.

In 2005, Bunty Aur Babli a film made by Shaad Ali was released. The movie was a remake of the famous Bonnie and Clyde story. In 2005, Ram Gopal released Sarkar, an interpretation of Mario Puzo’s novel The Godfather. Sarkar became a major hit; movie critics said it was a healthy tribute to Francis Ford Coppola. 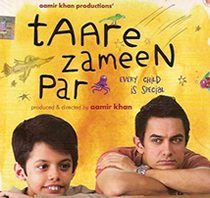 In 2007, Tare Zameen Par was a tremendous box-office hit, starring Amir Khan and Darsheel Safary, the film tells the story of an eight year old child who suffers greatly until a teacher identifies him as dyslexic. In 2009, R. Balakrishnan released a film that stole millions of viewer’s hearts, Paa. This movie starring Amitabh Bachchan and Abhishek Bachchan, tells a story of a 12 year old boy who has a genetic condition called Progeria. The movie emphasis’s a father-son relationship that was broken years ago.

Hence, showing the Bollywood has matured on its take on refreshing new and different stories. Whilst at the same time Hollywood realises that there biggest film industry in the world does have something to offer it in return to its current state. So, get ready to see the relationship between these two giants of the film world get closer and more exciting, giving you appearances by actors from both sides in films produced for either industry.

Neha Lobana is a young aspiring journalist in Canada. Besides reading and writing she enjoys spending time with her family and friends. Her motto is "Live as if your were to die tomorrow. Learn as if you were to live forever."
Tongues On Fire Film Festival
Bollywood ban stays in Bangladesh