The Tongues on Fire (TOF) is a film festival dedicated to the spirit of Asian independent media and cinema cultures of South Asia. This year it celebrates with an exciting and varied roster of films and an appearance by Abhishek Bachchan.

The whole festival is a labour of love

The opening ceremony is introduced by British TV and film actors Rizwan Ahmed, also known as Riz MC, and Neerja Naik from the film Life Goes On.

Bollywood actor, Abhishek Bachchan will be there – profiled by BAFTA in a unique interview in conjunction with Tongues on Fire. Also present are Lord Megnad Desai, life peer and London School of Economics academic, and actors Meera Syal and Sanjeev Bhaskar.

This year the festival features Bollywood films such as Chak De India, Dostana, Guru, Paa and Yuva. Also showcased will be a handful of independent films made by South Asian film directors and producers.

Tongues on Fire is a unique platform for South Asian films. Its patrons include Meera Syal and Dr Rachel Dwyer, author of Cinema India – The Visual Culture of Hindi Film.

“If it wasn’t for TOF, many of the wonderful films they’re showing would not be seen at all.

She adds, “The whole festival is a labour of love for the organisers, so I hope audiences show a little back and go and support this fantastic annual event.”

The festival is also celebrating the career of Jaya Bachchan. The retrospective is being hosted together at the Nehru Centre in London. This will be launched with a UK premiere of Lovesongs: Yesterday, Today and Tomorrow (2008) – Jaya Bachchan’s latest film with Om Puri. The festival will include screening of several Jaya films – Guddi, Kora Kagaz, Abhimaan and Uphaar. Tongues on Fire have awarded Jaya Bachchan a Lifetime Achievement Award. 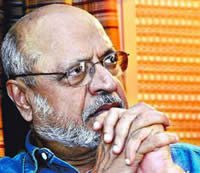 There will be a director’s workshop with Shyam Benegal –critically acclaimed director. Shyam Benegal is well known for his quartet of films- Ankur, Nishant, Manthan and Bhumika. His first Bollywood mainstream film was Zubeida starring Karishma Kapoor. More recently he made Welcome to Sajjanpur.

Shyam Benegal will be discussing film techniques on Monday 8th March 10:30 and 14:00 at the University of Westminster. He is also holding a talk on Women in Film in association with the Nehru Centre. This is to celebrate International Women’s Day. Visit www.tonguesoffire.com for more information.

S Basu wants to explore the place of Indian diaspora in a globalised world in her journalism. She likes being a part of contemporary British Asian culture and celebrates the recent flourishing of interest in it. She has a passion for Bollywood, Art and all things Indian.
55th Filmfare Awards 2010 Winners
Hollywood and Bollywood get Closer