July 2011 is the month for the London Indian Film Festival. Featuring some of the best in independent Indian cinema, you can get the chance to see some exquisite performances which are presented in an art form very different from the glitz and glamour of Bollywood. We look at what’s on offer at this exciting annual festival.

"The films give the audiences a more real picture of India"

Film festivals are commonly known to provide a platform for independent productions by independent producers and directors. These film festivals take place world- wide all year round and give exposure to well established and emerging talent in the industry. Every film festival ceremony is innovative in its own way. They cater for a wide range of audiences gaining maximum public interest across the globe. 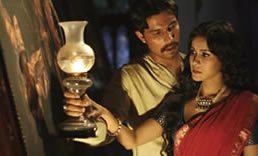 The festival premeires the screening of ‘Rang Rasiya’ (Colours of Passion) on 1st July. The film is dedicated to the revolutionary painter Raja Ravi Varma whose paintings in the 1890s influenced modern Indian art and cinema. The film pushes the envelope of eroticism as the painter seduces his gorgeous muse, leading to Bombay’s scandal of the century. Mehta’s homage offers not only a spectacular insight into a turning point in Indian history, but also questions the freedom of the artist in contemporary society.

Director of the film Ketan Mehta will be joined with Producer Deepa Sahi and actors Nandana Sen and Ferena Wazeir for Questions and Answers (Q&A), at Victoria and Albert (V&A) on 1st July and Watermans on 2nd July.

Ketan Mehta said of the festival:

‘Kanasemba Kudureyaneri’ (Rising Stallion of a Dream), will have its first release on the 2nd July at Cineworld, Woodgreen and then be shown on 6th July at Watermans Cinema. Set in the South Indian state of Karnataka, the film follows a couple, Irya and Rudri, who are desperately poor but extremely happy. Kasaravalli masterfully weaves together a jigsaw of a narrative that is deeply satisfying. The film won the National Film Awards for Best Screenplay and Best Film Feature in Film in Kannada. 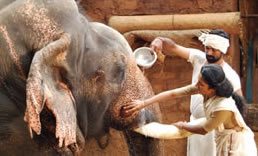 On the 3rd July sees the UK premiere at Watermans Cinema of ‘White Elephant’ by Aijaz Khan, starring Prashant Narayanan, Tannishtha Chatterjee, Neena Gupta. It will then be shown at Cineworld, Feltham on 8th and 12th July. A delightful and warm-hearted family film, The White Elephant takes us to traditional rural Kerala where elephants are still very much part of religious custom. It is time for the holiest of ceremonial elephants to choose which one of the local villagers will feed and look after him for the coming year. 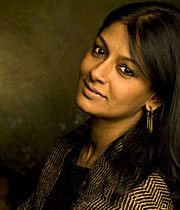 The film ‘Veettilekkulla Vazhi’ (The Way Home) directed by Dr. Biju Kumar, starring Prtithviraj, Indrajith, Govardhan, will be shown on the 3rd July at Watermans Cinema. Then screened at Cineworld, Ilford on 6th July and Cineworld, Woodgreen on 8th July. Alongside breathtaking imagery showcasing India’s natural beauty from the lush backwaters of Kerala to the arid zones of Rajasthan and the stunning grandeur of the Himalayas, the film is also a sensitive look at the touchy issue of terrorism and its impact. This film was awarded India’s National Film Award for the Best Feature Film in Malayalam.

Director and actress, Nandita Das known for films such as Fire, Earth, Bawander and Before the Rains, said of the festival: “The London Indian Film Festival provides an important platform to showcase a wide variety of Independent Indian films. The films give the audiences a more real picture of India that is both more complex and diverse.” 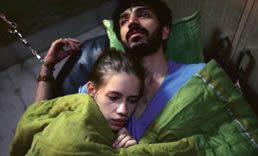 The premiere screening of ‘That Girl in Yellow Boots’ directed by Anurag Kashyap is on 7th July at the British Film Institute (BFI) and then it is shown on 9th July at Cineworld, Trocadero. Kashyap pushes the envelope in narrating the tale of Ruth, played by Kalki Koechlin, of mixed British/Indian parentage, who comes to Mumbai in search of her absent father. Kashyap joins the Q&A session after the BFI screening.

Anurag Kashyap, who incidentally got married to actress Kalki Koechlin in April 2011, commenting on the festival said:

“I am delighted that the London Indian Film Festival initiative is coming to fruition.Independent Indian Film makers have paved the way now in India and are deserving of the recognition and appreciation their films are getting globally.” 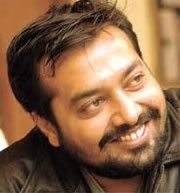 Award Winning Director and Actor Rituparno Ghosh’s ‘Memories in March’ starring Deepti Naval, Rituparno Ghosh, Raima Sen, is shown on 5th July at Cineworld, Trocadero and at Watermans Cinema on 7th July. Gosh will be present for a Q&A at Watermans after the screening.

Cineworld, Woodgreen will host the UK premier of ‘Ladli Laila’ (Virgin Goat) on 5th July. This Hindi film directed by Murali Nair, starring Raghubir Yadav, Shiela Naidu, Saurab Gharipurikar and Purnima Maudgil the story takes numerous snipes at corruption in local Indian politics in its myriad forms but in a hilarious and warm-hearted manner. On 10th July the film is shown at Watermans Cinema. 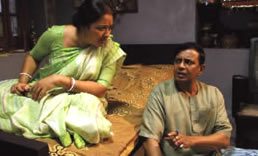 The Hindi film ‘Shukno Lanka (Dry Red Chillies)’ has its UK premiere on 3rd July at Cineworld, Ilford and on 8th July at the Watermans Cinema. Directed by Gaurav Pandey, the film stars Bollywood veteran actor Mithun Chakraborty and Sabyasachi Chakraborty. This is a film that will leave you with a tear in your eye and a smile on your lips.

The special LIFF International Conference will be held over two days, from the 8th-9th July at University of Westminister. Film maker Anurag Kashyap and Rituparno Ghosh give us a masterclass on the contemporary development of Indian cinema. Attending audiences will get a deeper sense of the history and the future of Indian cinema. 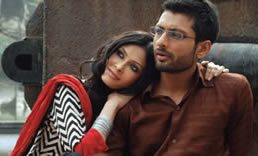 The judging panel for the short films consists of Menhaj Huda the director from the film ‘Everywhere and Nowhere,’ Mark Adams a film critic from Screen International, Billy Dosanjh a film maker and winner of the 2010 LFF competition for his graduation documentary ‘A Miracle in West Brom.’ Satwant Gill, Head of Jury and Events at the London Indian Film Festival joins the judging panel and collaboratively will announce the winner and award him/her £1,000.

This year the London Indian Film Festival is aiming to explore the talent and sheer breadth of film making and makers beyond the global Bollywood brand of Indian cinema. There are excellent films to be seen during the festival so do not miss the chance to celebrate ground-breaking Indian cinema which is not shying away from subject matter sometimes missed in the glitzy entertainment world of commercial cinema.

Smriti is a qualified Journalist with an optimistic take on life, enjoying sports and reading in her spare time. She has a passion for arts, culture, bollywood movies and dancing - where she uses her artistic flair. Her moto is "variety is spice of life."
Winners of IIFA 2011 Awards
SP Balasubrahmanyam