"It's great to close with a fusion between Bollywood and independent films."

The prestigious London Indian Film Festival (LIFF), which ran from July 18 to 25, finally came to a close for 2013.

The eight day event ended with an elaborate UK premiere of Bombay Talkies and welcomed legendary actors, upcoming filmmakers, and stars from all over the globe to its Closing Night at London Haymarket Cineworld.

Bollywood legend, Gulshan Grover was just one of the stars to grace the red carpet. Grover is the well-known villain of Bollywood, starring in 1989’s Ram Lakhan where he sprouted his iconic ‘Bad Man’ dialogue, and Hera Pheri (2000).

He is yet another actor representing a different face of Indian cinema, in this, the centenary year, having graced both Bollywood and Hollywood in his 400 plus film career. 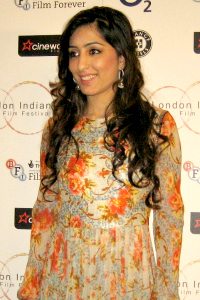 DESIblitz secured some exclusive Gupshup with Grover, who told us: “I’m glad to be here in London for this memorable occasion. I am very proud and with the blessings of God it’s 100 years of Indian cinema. I am looking forward to watching Bombay Talkies.”

Grover also acknowledged the importance of LIFF as actively promoting independent cinema to a global audience:

“The progressive Indian films, which we call parallel cinema, need a platform, because commercial Indian films have ready audiences, ready distributors and because cinema is truly a combination of art and it’s backed by commerce,” he said.

“For them it’s extremely important to have such exposure and such platforms in the form of the festivals. And there’s a possibility of these films being picked by some distributors as well. So the London Indian Film festival has a very important role to play,” he added.

Ashi Dua wowed the red carpet in her beautiful summery print dress. One of the hottest female producers in Mumbai, her film, Bombay Talkies, is her tribute alongside four other renowned directors to 100 years of Indian Cinema.

“[The] UK is a second home for Indians. Cary [Rajinder Sawhney] called me and told me he is interested in the film and he saw it in Cannes as well,” said Dua.

“We were really happy to be part of The London Film Festival. The festival is doing so well and is well respected and we just want more and more people to be able to watch the film.”

The glamorous 28-year-old passionately spoke to the audience about her journey in making this film this at the Q&A panel: “I wanted to create a film from four different director’s views and collaborate their thoughts into one big film, by keeping the theme the same, but the stories very different.”

What Dua has managed to do in her first movie, very few without a Bollywood lineage can boast of – getting a group of seasoned directors to come together to make an anthology of short films with a multi-star cast, loved by audiences and critics alike.

The way Dua explains it, things just fell into place: “The idea and format for Bombay Talkies came to me in 2009. That’s when I presented it to Karan Johar, Zoya Akhtar, Dibakar Banerjee, and Anurag Kashyap, and they were happy to collaborate on the project.”

DESIblitz was lucky enough to watch the final screening of Bombay Talkies and it shows us four films shot by some of India’s finest directors. 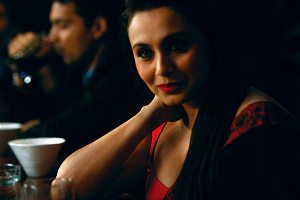 The first film we saw was Karan Johar’s Ajeeb Dastaan Hain Yeh, the story of a cheeky, gay man Avinash who gets a job as an intern and eventually becomes friends with his female boss Gayatri.

Dibakar Banerjee’s Star is based on Satyajit Ray’s short story about a struggling man who wants to get a decent job to provide for his wife and daughter. He is then selected to be an extra in a Bollywood film.

Finally, DESIblitz also enjoyed Zoya Aktar’s joyful Sheila Ki Jawaani. The film tells of a 12-year-old boy whose dad wants him to play football, but he secretly discovers he has a passion for dance, like his idol and Bollywood goddess, Katrina Kaif.

The reception received for this final movie was amazing; everybody applauded with huge smiles on their faces and stood up in respect of 100 years of Indian cinema and another 100 years to come. 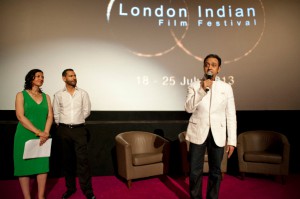 LIFF left us with films to remember from taboo subjects, modern day stories, which reveal the true happenings of India and thrillers, dramas, comedies, short films, documentaries and sing-and-dance blockbusters.

The much sought after LIFF 2013 Audience Award, arguably one of the biggest highlights of the week, was also announced. The award went to Pawan Kumar’s Lucia, the Kannada-language, crowd funded film:

“To win this award in the face of such powerful competition is a dream come true for me. I thank the London Indian Film Festival for selecting the film for its world premiere and would also like to thank the London audience and the UK Kannada community for supporting the film,” said Pawan.

The Satyajit Ray Foundation’s short film award was won by Anurag Goswami for his feature, Kaun Kamleshwar? Made up of film makers, directors and LIFF itself, the jury for the award said:

“The Satyajit Ray Foundation’s short film award goes to a film which was confident and ambitious in its storytelling, gave us engaging characters and was genuinely cinematic. Using some unforgettable images and off-beat humour the film explores how random decisions have the power to shape our lives.” 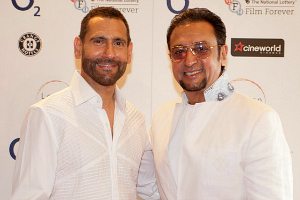 Director Goswami was ecstatic over his shorts’ recognition: “It’s an honour and a great feeling that our efforts have been recognised at such a prestigious avenue.

“Short films are finding an audience like never before, courtesy of festivals such as LIFF. It’s very encouraging and satisfying that our voices are being heard all over the world. Thank you LIFF!”

The Jury also gave a special mention to Vikram Dasgupta’s Calcutta Taxi. LIFF is the biggest festival of its kind in Europe, and Director Cary Rajinder Sawhney is positive about its continued success in the future:

“The Festival has gone from strength to strength. It’s great to close with a wonderful fusion between Bollywood and independent films, different energies and ideas crashing into each other in dynamic ways; a perfect finale for audiences in an eclectic city like London,” Cary says.

The London Indian Film Festival aims to dispel the myth that the industry is confined to Bollywood stereotypes. The week long festival has come to an end for 2013, but we at DESIblitz are absolutely sure that LIFF 2014 will arrive with another whopping big bang!

Sona is a TV Presenter and Photographer. She has a BA in Media Arts with Drama. Sona loves anything inspirational, to surround herself with positive people and has passion for anything creative. Her motto: “The sky is your limit.”

Behind the scenes of Chennai Express
Josh screens at LIFF 2013