The final night of the London Indian Film Festival celebrated the LGBT film, Venus. A humorous and touching story about a Punjabi family living in Canada.

The prestigious festival which is now in its ninth year has showcased numerous screenings and events throughout the week, and this finale film proved to be a memorable ending for what has been another fantastic year for LIFF.

The glamorous event saw some very special guests. Of course, the cast and team of Venus were the main stars of the evening, with the likes of director Eisha Marjana and actors Jamie Myers and Gordon Warnecke taking part in an engaging Q&A at the end of the screening.

A Canadian production, the film expertly shines a light onto the modern Desi LGBTQ experience in the West.

The screening was opened by the Canadian commissioner, making the closing night event an ideal platform to talk about Canadian LGBT rights changing. 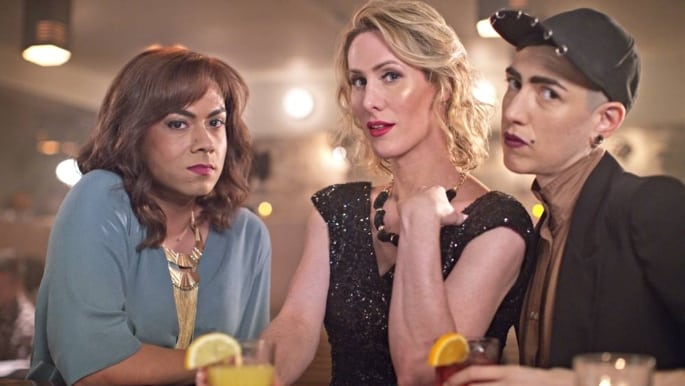 Speaking about Venus being the closing night film of LIFF, Eisha Marjana said:

“[I’m] really excited and honoured about having this film played here. It’s been a long journey but the reaction has been great and consistent regardless of what audience it is.

“This tells me that it is a very universal theme. We’re excited to have it shown to a South Asian audience and it is its UK premiere. We’d love to get more mainstream festivals.

“The film is about unconditional love regardless of race, gender and identity. It’s about looking at people as human beings, and how, often, we see ourselves is greatly influenced by our families,” describes Eisha.

A Film about Family and Unconditional Love

Venus revolves around Sid (played by Debargo Sanyal), a Canadian Punjabi, who after years of struggling with their gender identity has decided to come out as a woman.

This is all whilst battling family expectations, a break-up and the biggest challenge of all, a 14-year-old boy (played by Jamie Mayers) who insists that Sid is his long-lost dad. The story then progresses in Sid battling these challenges and a bittersweet relationship blossoms with his new son.

As it touches on the modern Punjabi experience, the film has a lot of light-hearted and funny moments. By doing so it takes a less serious approach on a topic that could usually be taken as quite hard-hitting.

In particular, the struggles the members of the LGBT community have to face, particularly while battling their families and romantic relationships, does come across well.

This is mostly through the skilful acting of Debargo Sanyal, who makes the film what it is. Every expression he gives oozes of his character and you can’t imagine anyone else who could play it better than him. 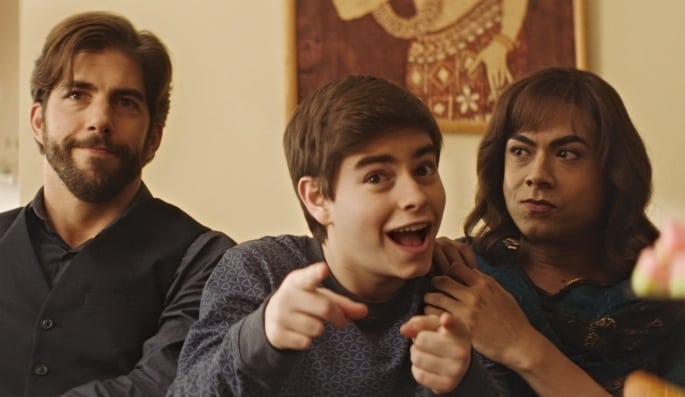 Eisha Marjana explained the difficulty she had in casting this film:

“There were a lot of demands with this character and was challenging to find an actor who was south Asian and transgender and in North America. Only found Debargo a year and a half later but I felt I had found the right person for Sid.”

Jamie Myers is also brilliant in this film and brings a lot of radiance to the big screen. He said:

“I was really excited to be a part of this film. We shot it 2 years ago now and since then, it’s been the greatest honour to see the film take a life of its own. We’ve gone to so many countries, win all these awards and now we’re in London!”

In terms of challenges of creating a film that touches on the sensitivities of LGBT and its continuing stigma in Asian society, Jamie said:

“We wanted to reach audiences that are more close-minded and may not want to see a film that is as forward thinking as Venus is. Really good to see how the movie is touching people in ways they didn’t think and challenging their thoughts.”

At the tender age of 19, Jamie is shooting more films and studying film in the future.

When DESIblitz asked about him getting exposure to Indian culture, he said: “It was interesting to learn about the Indian culture and food – I actually got the chance to have Samosas for the first time in this film!”

The story comes with a variety of layers being a transgender story with a Punjabi background and having a teenage son – all whilst in the phase of transitioning.

Eisha revealed how she had developed even more layers but felt it was important for it to be stripped down to get the key message across:

“I had also developed Sid’s work life and Ralph getting bullied in school. But then I focused on the relationship between Sid and Ralph and about the different types of love.”

Rightly named, the title Venus reflects the ultimate symbol of femininity and about enduring love.

The stereotypical Punjabi family angle to the film provides some light-hearted humour and differentiates the film from others about transgender people.

Eisha added that the Punjabi angle was one of the easiest to write, especially that of the mother: “The scenes with Sid in his parents I found that those moments have a lot of impact.” 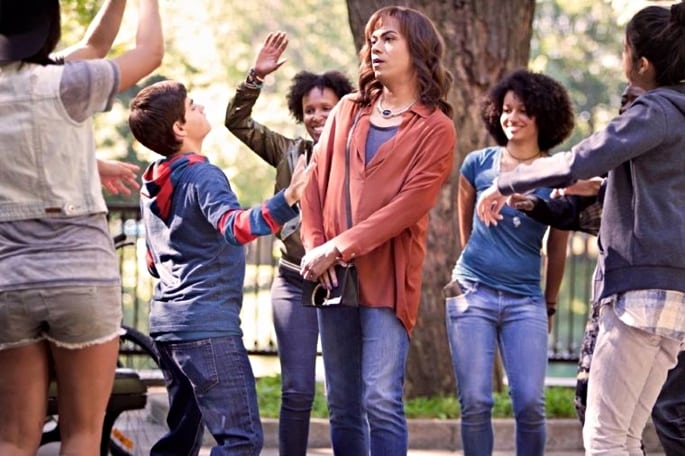 The father of Sid is played by Gordon Warnecke, who is perhaps best known for his role in 1985’s My Beautiful Laundrette, a screenplay by Hanif Kureishi. The iconic film of three decades ago was based around a gay crosscultural couple.

He said: “My Beautiful Laundrette was a film of its time and it struck me that Venus is doing the same. However, the views on homosexuality have changed so much so Venus has been more accepted.”

Future plans for the Venus team include a TV series to be developed on the film in the future. Eisha is working on her next project, Calorie. This is about an Indo-Canadian single mother-daughter relationship and the difficulties related to this.

Venus wraps up the ninth London Indian Film Festival, which treated audiences to a memorable filmy season once again.

As part of the 2018 festival, guests also welcomed the announcement of the Audience Award for Best Film which went to the British-made comedy, Eaten By Lions.

The film, starring Antonio Aakeel and Jack Carroll, welcomes an array of star-studded cameos from the likes of Johnny Vegas and more. The movie follows two brothers on the quest for their estranged father.

Celebrating those talents that truly make British and Indian cinema so vibrant, these stars were the highlights of a packed festival.

Once again, the London Indian Film Festival was a spectacular occasion. Each year it broadens its horizon to give cinemagoers the best movie experience they can imagine.

With the festival also expanding in Birmingham and Manchester, we cannot wait to see what the tenth year of this icon film festival holds.