The capital welcomed actors, film makers and celebs to its opening day of the London Indian Film Festival 2013. DESIblitz have all the Gossip and Gupshup directly from the red carpet.

"It's lovely to be back at the festival. There is a great line up of films."

The London Indian Film Festival (LIFF) returned to the Capital on July 18, with its red carpet opening held in the heart of buzzing London, Haymarket Cineworld.

This fourth edition of LIFF widens its scope to include its first Pakistani and Gujarati films and celebrates the talents of film makers from all over South Asia.

2013 is a big year for LIFF who, together with O2, have hosted this remarkable festival celebrating 100 years of Indian cinema and its fast paced movement of Indian Independent cinema. It has brought to the UK audiences a rare variety of cutting-edge films from some of India’s coolest independent flicks.

The Red Carpet event on kicked off with a big bang! And DESIblitz were there to capture it all. 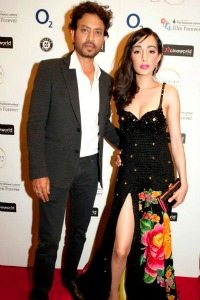 Some of the big names to attend included the very glamorous and very beautiful Brit-Bollywood actress Feryna Wazheir, who looked stunning in her dress which was designed by Mohsin Ali at O’NITAA.

Feryna is also the brand ambassador of LIFF 2013. Very excited about the association, Feryna said:

“It’s lovely to be back at the festival. There is a great line up of films which will showcase the work of the new wave of independent South Asian and British Asian filmmakers.”

“It’s a lot of fun to be brand ambassador for the festival. I’m really looking forward to all the events. I love the opening night. It is always the most exciting,” said Feryna.

Some of the films this actress couldn’t wait to see during the festival were Monsoon Shootout, Pakistani films Shahid and Josh, and the controversial B.A. Pass:

“The London Indian Film Festival is very selective in the films it picks. It really strives to get the best and latest indie films so in terms of content it is very strong.”

“It gives a much needed different perspective to the usual Indian fare that audiences are used to. These films aren’t in the UK for a very long time, so make sure you don’t miss out on them!” Feryna added.

Alongside Feryna, the other big name to hit the red carpet was none other than acting prodigy Irrfan Khan who’s stamp on films has been pretty impressive, whether it’s Hollywood, Bollywood or British cinema. 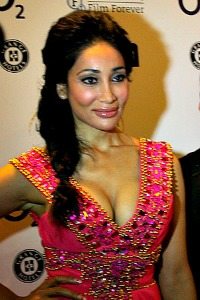 Other guests who attended this occasion were British beauty, actress and singer, Sofia Hayat, who looked very glamorous in a voluptuous coral dress.

Music legends Richi Rich, Juggy D, and Don Dee also made an appearance. And our favourite Family members, the gorgeous couple who hosted the Q&A’s panel, Sunny and Shay Grewal, also attended, with Shay looking stunning in her orange sari.

The festival opened with the UK premiere of Amit Kumar’s Monsoon Shootout, which was also part of the official selection of the 2013 Cannes Film Festival. The captivating on-screen performances keep you at the edge of your seat.

The film explores the impact that one’s choices make on the lives of others. As heavy monsoon rains lash the bad-lands of Mumbai, Adi, a cop out on his first assignment faces a life-altering decision when he must decide whether to shoot or not to shoot.

It presents three scenarios, all resulting from the decision that Adi makes. Each decision takes him on a journey that pits him against a system that demands a compromise on his morals. 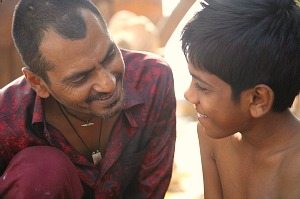 Speaking about the film, Amit said: “The essence of Monsoon Shootout is basically about an idealistic cop trying to make a decision. Through his conscience he has this moral dilemma of whether he should shoot or not at this suspect in his line of fire.”

“It’s about understanding the implications of your actions on other people’s lives and then taking responsibility for it,” he added.

The screening received high reception and the audience reactions towards the movie were super, not forgetting the triumphant reception the film received at Cannes.

This movie challenges, shocks, generates debate and portrays a more realistic view of India and the subcontinent today, in all its diversity. And this is what has created such an impact on audiences, keeping them eager for more. 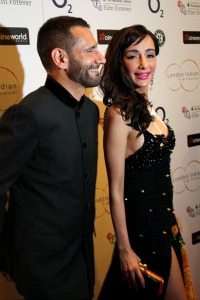 For Cary Rajinder Sawhney, the Festival Director, this is exactly the kind of cinema that he wants to celebrate: “There are a lot of young Asians who actually don’t want to see Bollywood stuff because it is all to do with their parent’s generation.”

“Also what is clear is that actors like Irrfan Khan and Nawazuddin Siddique are the new heroes. People want to see them; they have seen all the pretty white or wheatish boys.

“They want to see people who like everyday Indians but who are also great actors – they are believable it is not just dancing around – they can actually act,” he added.

Ex-Eastenders star, and recent lead in BBC 3’s Bollywood Carmen, Preeya Kalidas added: “I’m glad to supporting independent films at Indian film festival and [am] happy to be a part of this.”

Beyond the night of stars and glamour, Day One of the London Indian Film Festival went down a treat, and everyone enjoyed themselves immensely.

The screening and atmosphere was thoroughly entertaining and there were some exceptional Bhangra movers and shakers which hit the dance floor until the early hours before heading to an after party. The DESIblitz team most definitely had a glitzy blast!

Sona is a TV Presenter and Photographer. She has a BA in Media Arts with Drama. Sona loves anything inspirational, to surround herself with positive people and has passion for anything creative. Her motto: “The sky is your limit.”