The London Indian Film Festival returns for 2016. Official media partner, DESIblitz, has all the highlights of the Opening Night at Cineworld Haymarket.

"when you watch the film, you’ll know how special it is"

Despite only being 7 years old, the London Indian Film Festival (LIFF) has quickly established itself as Europe’s biggest Asian film festival.

With an array of fantastic films to look forward to in both London and Birmingham, 2016 is expected to be the biggest and best year of LIFF yet.

The heavily anticipated festival saw its opening night on Thursday 14 July at Cineworld Haymarket in London. Guests and celebrities of the film world showed their support and came to celebrate the best of independent cinema from the Indian sub-continent.

Directors of films being showcased at the LIFF Festival, such as Moh Maha Money, Jugni and For the Love of Man were also in attendance. Sharmila Tagore and other directors are also expected to make their way for special events and film Q&As.

Brand ambassadors Sunny and Shay, as well as British Asian actors Ameet Chana and Rez Kempton were also present on the red carpet of the opening night.

Cary Rajinder Sawhney, the director of the London Indian Film Festival talked about what the festival has to offer this year, comparing it to a “box of South Asian sweets”:

“We’re having our first opening night in Broad Street, Birmingham tomorrow (Friday 15 July), where we’ll have the whole cast of Parched, including producer Ajay Devgn there.

“Sharmila Tagore is in London tomorrow talking about her career and Sharmeen Obaid-Chinoy coming over from Pakistan, who is the first director to bring two Oscars and she’ll be talking about her brand new film.” 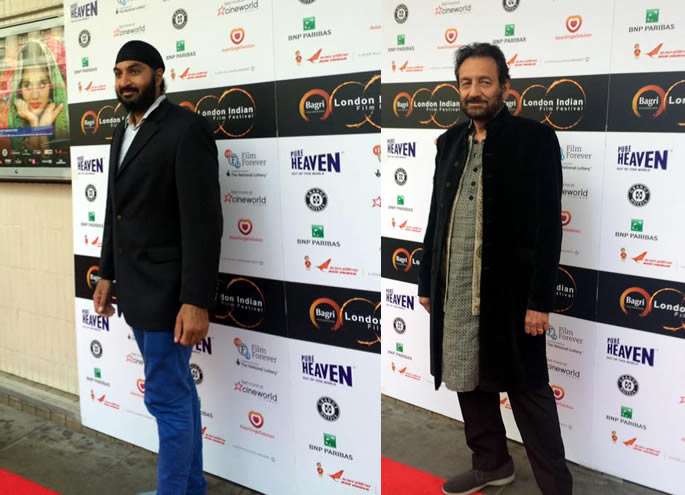 “We have 26 filmmakers coming over from South Asia so our hotels are going to be film and will have some amazing Q&As, which is a great chance for the audience to find out about filmmaking. And of course, a beautiful closing night film about the partition, which I’m sure will bring tears to everyone’s eyes.”

Parched was a great choice to begin the incredible 7th edition of LIFF.

The film stars four incredible actresses who hold their own in the film and tell a story about camaraderie despite the problems in their lives. The film stars BAFTA nominated actress Tannishtha Chatterjee, Badlapur actress Radhika Apte, Hate Story 2 actress, Surveen Chawla, and child actress Leher Khan.

Leena Yadav, the director of Parched, spoke to DESIblitz about how the story began to unfold:

“Tannishtha was telling me about the conversation she had with the women in a village when she was shooting for another film. It was especially about sex, which I found extremely candid and I realised that they were so much more honest than the conversations we would have in the city.

“I said, let’s make sex in the village and scare the pants off Sex in the City. But it became more serious than that. We travelled and the story started getting more and more layered. The scripting never ended with Parched. It was a very intense and soul searching film for all of us.”

Tannishtha adds that the real life story of her own character that she played, Rani, resonated with her the most: “I was discussing her story with Leena and she said, take me to this place, it’s my next film! But of course, there’s so much more than just that one character. I think all the characters somehow come from various sources of real people that Leena met through all the travels.” 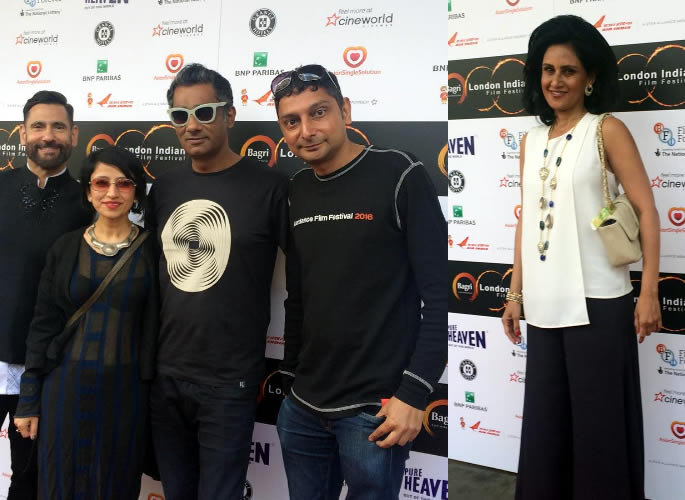 An interesting fact about the making of the film was that Leena was refused permission from close to 30 villages to shoot there: “They thought that if our [city] women came, then ‘our women will get corrupt looking at you’.

“This was the younger generation who was educated and we always think that education was solve the problem, but it’s actually much bigger than that.”

Ajay Devgn was roped into the project when Leena’s husband, Aseem Bajaj, who works a lot with Ajay, began to produce the film: “Ajay heard about this project and wanted us to do this film and would support us,” says Leena.

Ajay did not directly reveal his reasons towards why he produced the film but said that, ‘when you watch the film, you’ll know how special it is’.

Child actress Leher Khan, was only 14 years old when this film was shot: “My parents were talking about Leena ma’am about the film, as I was not mature enough to understand the content. They both supported women empowerment and said that I should do the film.”

LIFF has teamed up with the Bagri Foundation as their headline sponsor, which is dedicated to promoting meaningful understanding to Indian art and culture.

With a mixture of masterclasses, talks, screenings and UK premieres still to come, the opening night proved to garner a lot of buzz and excitement for the engaging LIFF week ahead.

DESIblitz are proud online media partners for LIFF, and will be bringing coverage throughout the festival which runs between July 14 and 24, 2016.

For more details about the films and their showtimes, please visit the London Indian Film Festival website.