Kavi Raz’s The Black Prince kicked off the opening nights of the Birmingham and London Indian Film Festival 2017. DESIblitz has all the red carpet news!

"I think this is our best line-up ever of films. We've got something for everyone."

This year, the festival welcomes an edgy tie-in with the UK-India Year of Culture as well as 70 years of Indian Independence. 2017 also marks the official branding of LIFF in Birmingham, suitably titled the Birmingham Indian Film Festival (BIFF).

Kicking off the prestigious film festival in the capital city on 22nd June 2017 was the red-carpet premiere of Kavi Raz’s The Black Prince. The historical epic stars Satinder Sartaaj, Shabana Azmi, Jason Flemyng and Amanda Root.

A day later, on 23rd June 2017, the stars arrive on Birmingham’s Broad Street for the Opening Night of BIFF. Man of the moment Satinder Sartaaj was joined by Rup Magon, Ameet Chana, Antonio Aakeel, Deana Uppal and Juggy D.

Official sponsors, DESIblitz caught up with the celebs, who also shared their views on the opening night. 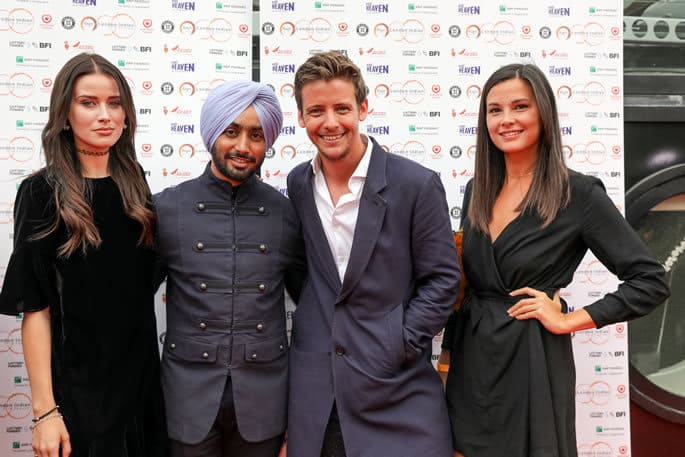 Eight years in and the film festival has truly evolved into the must-attend event of the year. Cary Rajinder Sawhney, Director of the London Indian Film Festival spoke to DESIblitz about how this year’s festival promises to be even bigger and better:

“The Bagri Foundation London Indian Film Festival is in its eighth year. I’m pleased to say that we’ve got a wonderful film to open the festival and it’s sold out to BFI Southbank. We’ve got a very powerful line-up, I think this is our best line-up ever of films.

“We’ve got something for everyone. We have rollicking comedy, horror, some wonderful documentaries and social-powerful stories. Also, we have Indian, Pakistani and Nepali films.” 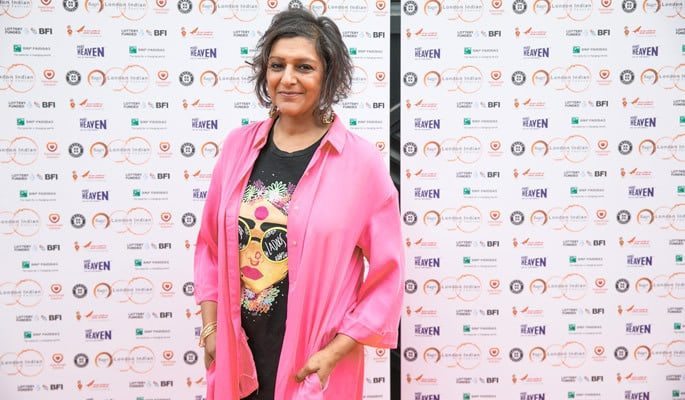 One of the films to have its world premiere at the festival is Ticket The Movie, which has been directed by Raaghav Ranganathan. Not only does the film actually star Raaghav in the lead role, it also marks his directorial debut. Honoured to be at LIFF 2017, he expressed:

“The festival showcases such a diverse range of films. I would never think that my film would feature in a film festival really, you know!

“When I wrote it, I was just writing an entertaining film. I was looking for a film that keeps people engaged right from beginning to end and then I saw all the films that had been at LIFF. There are great films which have been here.

“When I found out that my film is going to be featuring at this festival I was damn excited about it!” 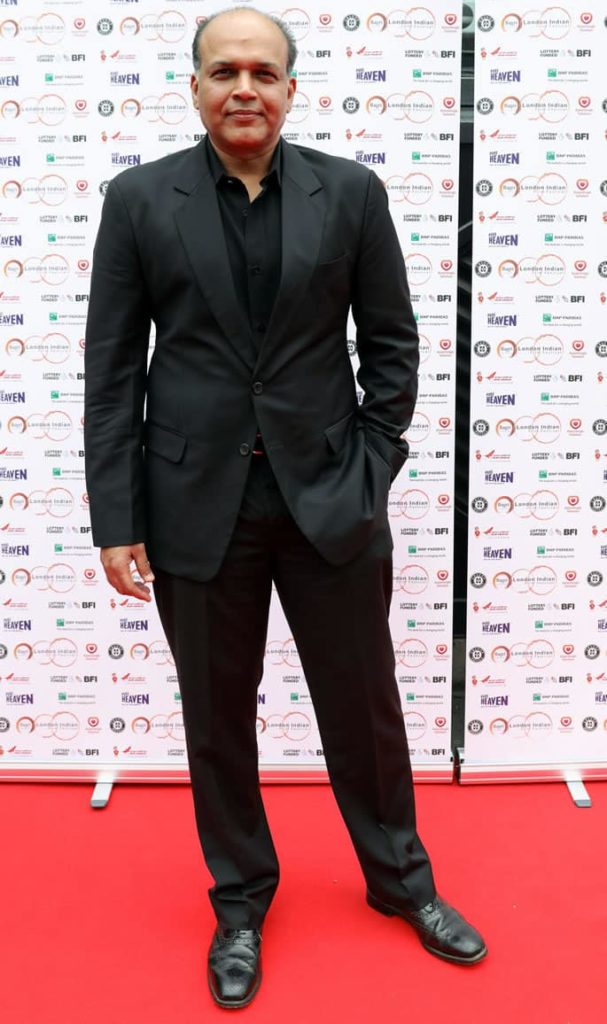 It marks the first time he has made an entrance at BFI. Undoubtedly, he is a pioneer of historical dramas. In conversation with DESIblitz, he said:

“Certain films come and create a taste for an audience, that taste develops and as time goes we get accustomed to it. I feel that films like The Black Prince which are attempts to do something new.

“It’s like a parallel world to the Indian film industry. When we make films in India, it’s mainly for an Indian and NRI audience. But this is a diaspora film, so I think the approach is different.”

The Black Prince features popular Punjabi singer Satinder Sartaaj – who makes his acting debut with this biographical drama. Playing the role of a Maharaja, Sartaaj has truly proven that Singh really is King.

Sharing his experience with DESIblitz, Satinder mentions: “The experience was a little hard because I’m a first-timer in acting, a newcomer. I had to portray the Maharaja from the age of 16 to 55, so it was little tough.

“In the morning I was 16 and in the evening I was dying. So, I had to maintain that body language, dilemma and British Aristocratic feel, especially that Buckingham Palace Queen’s English.” 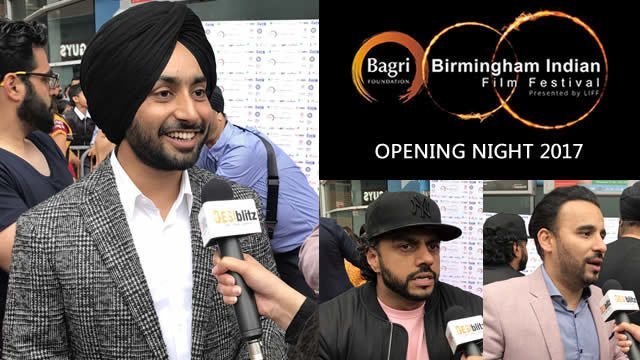 The historical drama also made its way to the UK’s second city for the official opening night of BIFF, sponsored by DESIblitz, on 23rd June 2017. Cineworld Broad Street laid out its red carpet, and fans from across the city gathered to catch a glimpse of their favourite stars.

Dhol entertainers Eternal Taal kept up the excitement for the crowd while special guests attended a pre-party at the sumptuous Varanasi restaurant. Local stars like Deana Uppal and Antonio Aakeel joined Sartaaj on the the red carpet.

Also making an appearance was Juggy D who spoke to DESIblitz about how important it was for the Punjabi community to learn more about their own history.

Inside the auditorium, hosts Sunny and Shay welcomed the cast and crew of The Black Prince with an insightful Q&A before the film began. Sartaaj in particular, spoke about his role in the film, adding that it was a completely true story that had been forgotten for many years.

The Black Prince ~ A New Look at the British Empire 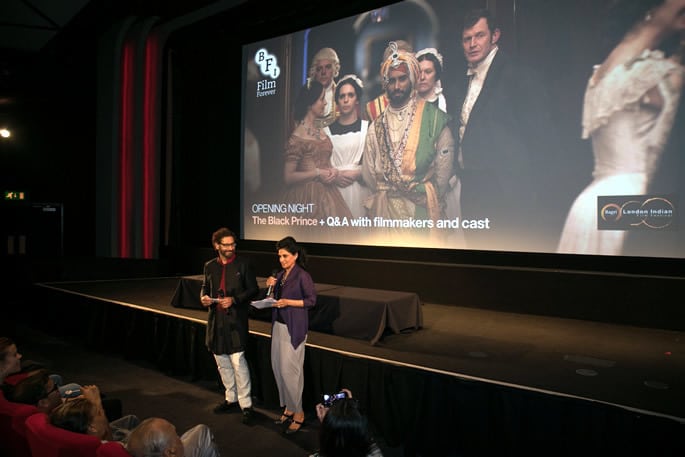 The film explores the life of Maharaja Duleep Singh. After the death of Sikh Maharaja Ranjit Singh, ruler of the Punjab, there is a violent war of succession. Until his youngest son, the five-year-old Duleep hails as King.

The British, however, have other plans and bundle the boy off to England where Queen Victoria (Amanda Root) brings him up as a Christian under her care. In early adulthood, Duleep (Satinder Sartaaj) becomes torn between two cultures. He secures begrudging permission from Queen Victoria to meet his real mother (Shabana Azmi).

She soon awakens him to his original Sikh faith and culture, which sets him on a dangerous quest to challenge the British Raj and free his people.

Indian cinema has seen many films revolving around the British empire, but many viewers will not be aware of a story depicted on Maharaja Duleep Singh.

Within the narrative of the film – one seems to empathise with Duleep as he becomes torn between two mothers, Queen Victoria and Maharani Jind Kaur. This itself acts as a fascinating dilemma, drawing in the audience.

As interesting as the story premise is, the execution is somewhat disappointing. The narrative is disjointed as the film does not transition well into each scene. At one point, we see the Maharaja meet his mother, the next we see he has aged. Therefore, the audience doesn’t have enough time to relate to the character because the script is so disjointed.

In addition, the film contains a slow pace and requires a lot of patience. One can’t help but become distracted within the first hour after the film runs. 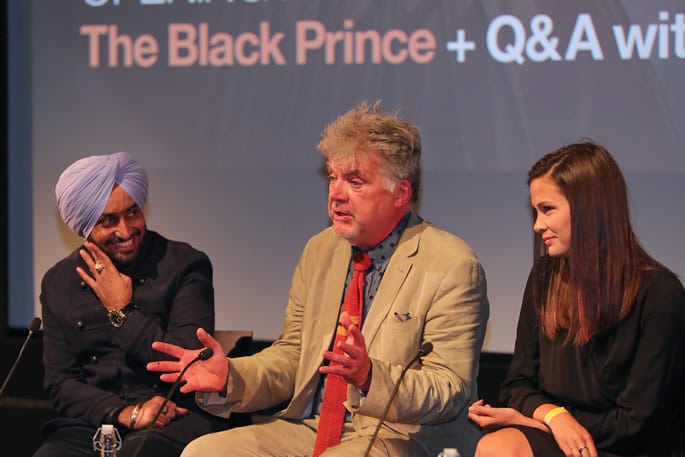 Music star turned actor Satinder Sartaaj shows promise, but unfortunately, lacks in depth of character in a few places. His dialogue delivery in English occasionally struggles to convey the same emotions as his Punjabi delivery.

Amanda Root moulds well into the character of Queen Victoria. She’s a natural and it is quite interesting to see the softer, relatively unknown side of the Queen.

Shabana Azmi, as we know, is a Bollywood veteran. Her performance as Maharani Jind Kaur is simply terrific. Her acting prowess is what gels the film and draws the audiences to the tragic fall of Punjab.

Jason Flemyng is no stranger to acting. With credentials in appearing in films like The Curious Case of Benjamin Button, Flemyng is also a master of his craft. Playing the role of Dr Login, Jason speaks in both Hindi and English – the delivery of both languages is first-rate. 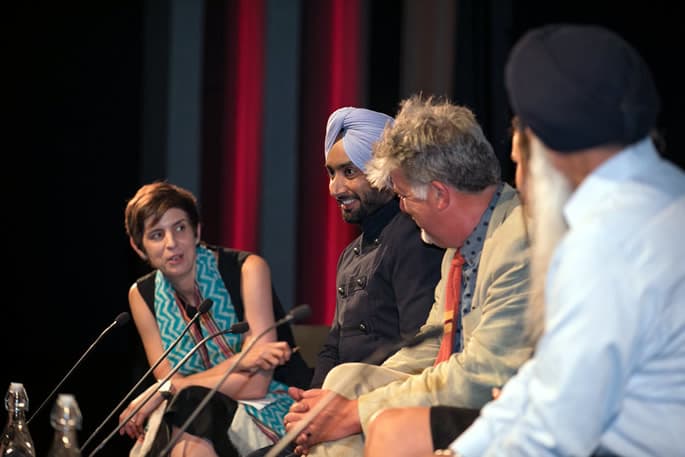 One actor who really leaves a mark, however, is Ameet Chana. His character has dark shades and Chana depicts this role brilliantly. Since his early days of appearing in EastEnders and Bend It Like Beckham, Chana’s growth is clearly visible and he proves he can pull off a complex character with ease.

While The Black Prince is certainly a good initiative by Kavi Raz, the film does lack a clear and consistent script. In trying to cover the full scope of Maharaja Duleep Singh’s life, so much is thrown at the audience that it becomes hard and confusing to keep up with the changing time periods.

Nonetheless, one must at least give credit to Raz and the team for bringing a lesser-known story to the forefront through cinema.

Anuj is a journalism graduate. His passion is in Film, Television, dancing, acting and presenting. His ambition is to become a movie critic and host his own talk show. His motto is: "Believe you can and you're halfway there."
Is Diljit Dosanjh in Love with Kylie Jenner?
Ashutosh Gowariker reflects on Acting & Directing at LIFF 2017