Shahrukh and Salman finally make up?

Have Bollywood actors Shahrukh and Salman ended their long-standing feud by hugging it out at Baba Siddiqui’s Iftaar party on July 21, 2013? We find out.

"[Shahrukh and Salman] embraced each other and even shook hands."

Could this be it? Have B-town enemies Shahrukh Khan and Salman Khan officially kissed and made up?

The long-feuding Bollywood Khan rivals have been notorious for their back and forth breakups and make-ups over the decades.

But it seems that the past is all behind them now. Both the Shahrukh and Salman were spotted attending Congress MLA, Baba Siddiqui’s Annual Iftaar Party, which took place in Taj Lands End in Mumbai on July 21, 2013.

Salman, who arrived a little late was brought into the spacious dining area by Baba Siddiqui. Greeting fellow guests, they moved towards Shahrukh’s table where he was sat eating with some others. 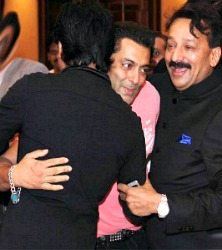 Baba Siddiqui tapped Shahrukh on the back of the shoulder and told him that Salman had arrived. Salman moved forward to say hello and Shahrukh stood up to greet him. After an initial handshake, Shahrukh smiled and hugged his fellow actor.

The room burst into applause at this moment, and it was clear that Baba Siddiqui was happy beyond measure at their apparent rekindled friendship. The two actors then stood either side of the Congress Leader and posed for photographs.

Baba Siddiqui later said: “It was nice to see the two of them greet each other at the Iftaar. They embraced each other and even shook hands. I hope they become friends for life now.”

“Somewhere in their [Salman and Shahrukh’s] hearts they wanted it to happen, that is why it happened. It is a very good thing, as per me, that they both greeted each other warmly.”

One witness to the unexpected embrace said: “Shahrukh Khan shook hands with Salman Khan and both even hugged each other surprising the guests present at the Iftaar.” 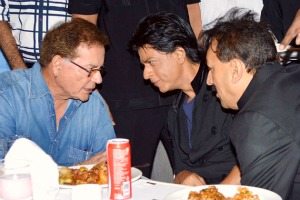 “Shahrukh was sitting with some people when Baba Siddiqui along with Salman came from behind and tapped on his shoulder and told Salman is here, Shahrukh stood up went up to Salman Khan and hugged him. Both had broad smiles on their faces,” the witness added.

Of course, it was clear that no one saw this coming. Even the two actors seemed just as surprised and shocked as the rest of the room! Shahrukh also later shared a few words with Salman’s father Salim Khan as well during the course of the meal.

Later that night, after he had left, Shahrukh tweeted to his fans:

“Finally u realize turning the page is the best feeling in the world, becos there is so much more to the book than the page u were stuck on.”

Watch Shahrukh and Salman hug it out here: 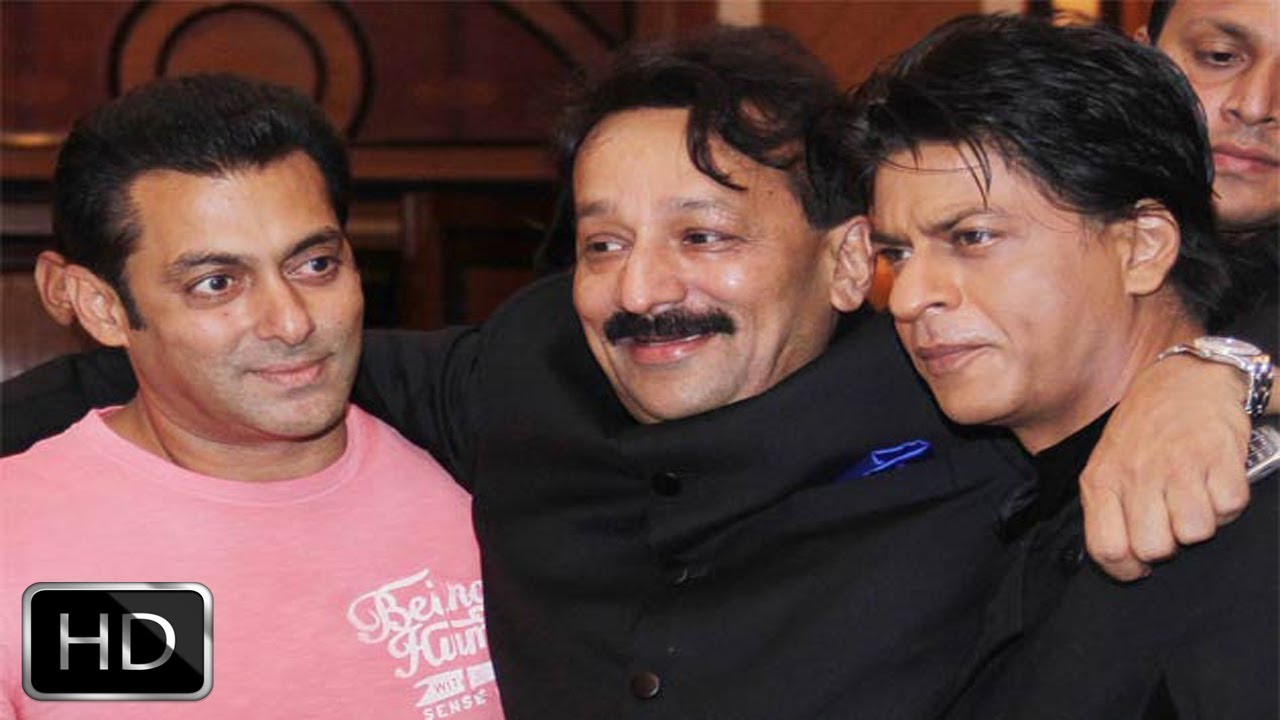 The two acting greats have had a turbulent friendship over the years, continually hitting headlines in one of the most talked about celeb feuds in B-town.

Their last public spat took place at Katrina Kaif’s birthday party. Salman and Katrina were together at the time, and Salman’s primal male ego kicked in. 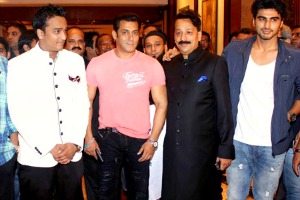 Since then, the two friends turned rivals have been at odds with each other, avoiding big public events together and not speaking for almost five years.

So why the sudden rekindling now? It is clear from the video footage that Salman made the move on Shahrukh. Could this just be another big publicity stunt between the two?

Or perhaps, the two actors didn’t fancy another brutal showdown at such a high profile event in front of the host and Congress Leader himself? Shahrukh couldn’t exactly ignore Salman’s open advances now could he? That would make him look like the villain for sure!

Whether these smiles were genuine or faked, we probably will never know, after all, they are two of Bollywood’s best actors! But perhaps the long-fuelled animosity has finally left the Khan rivals, and they are willing to move on from the past.

In any case, let’s hope this is the start of a much needed re-united friendship. But only time will tell whether this latest make-up will actually last.

Aisha an English literature graduate, is a keen editorial writer. She adores reading, theatre, and anything arts related. She is a creative soul and is always reinventing herself. Her motto is: “Life is too short, so eat dessert first!”
The London Indian Film Festival 2013 Opening Night
Ship of Theseus creates waves in Bollywood