No Love Between Shahrukh and Salman

Katrina Kaif’s birthday bash in 2008 was the start of a long feud of no love between two of Bollywood’s most popular actors Shahrukh Khan and Salman Khan.

"Four years on, and this feud doesn't have any sign of ending any time soon"

The Bollywood industry has seen its fair share of feuds that drove the rumour mills. But the one of no love between SRK and Salman Khan is always headline news.

Rani Mukherjee and Aishwarya Rai had a very bitter fall-out, to the point that Aishwarya Rai refused to invite Rani to her wedding back in 2007. Karan Johar and Ram Gopal Varma constantly deliver snide insults via social networking sites such as Twitter.

But none of these catty comments and barbed insults has received quite as much coverage as the spat between the two biggest stars of Bollywood today; Salman Khan and Shahrukh Khan. 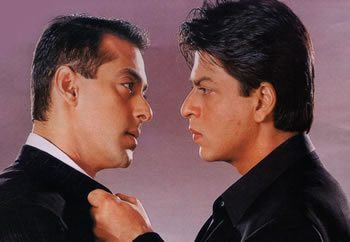 Katrina Kaif’s birthday party should have been a celebration of another year of good health, wealth and happiness but the two Khans cast a dull light on the affair as they traded sharp words.

It is widely known that a slightly tipsy Salman Khan, who was going out with Katrina Kaif at the time, taunted SRK after the King Khan turned down a guest role in Main Aurr Mrs Khanna (2009).

SRK retaliated by making a sarcastic comment about Salman’s previous relationship with Aishwarya Rai. The rest, as they say, is history, with the two clashing over and over again at various functions.

Since the controversy in 2008, the industry’s hopes for reconciliation between the two actors seem to be getting smaller by the day.

Four years on, and this feud doesn’t have any sign of ending any time soon, with Salman Khan having recently sworn revenge on Shahrukh Khan in regards to the controversy between Yash Raj Films and Ajay Devgn.

Salman Khan has been quite vocal about his unhappiness with the way Yash Raj Films and more specifically Shahrukh Khan have handled the situation.

He has said that if Son of Sardaar’s takings at the box office indicate that the dispute has had an adverse effect on the reception of Devgn’s film, he will take his revenge and use his leverage in the industry and ensure that his upcoming film Kick will be released on the same day as Chennai Express, which will star the King Khan.

Salman Khan and Ajay Devgn first became good friends when they starred together in Sanjay Leela Bhansali’s Hum Dil De Chuke Sanam when it was released back in 1999. Since then, their friendship has gone from strength to strength.

This wouldn’t be the first time that Salman Khan has engineered a clash to spite Shahrukh Khan.

When Shahrukh Khan and Katrina Kaif promoted Jab Tak Hai Jaan on Amitabh Bachchan’s Kaun Banega Crorepati, Salman Khan ensured that his episode of Big Boss which had Ajay Devgn and Sonakshi Sinha making an appearance to talk about Son of Sardaar would be broadcast at the same time.

Adding fuel to the fire are the rumours surrounding dance reality show Jhalak Dikhla Ja and the promotion of Ek Tha Tiger. 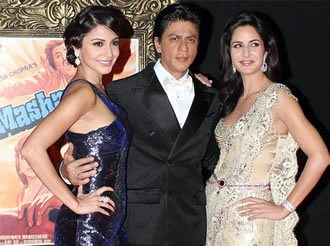 Apparently, before he appeared on the show, Salman Khan told the producers that under no circumstances were there to be any songs from films which had starred him and Aishwarya Rai together, and no contestant could dance to any song involving Shahrukh Khan.

It is no surprise then that there were so many rumours circulating around the premiere of Jab Tak Hai Jaan, with many conflicting stories.

For example, one source said that Shahrukh Khan patched up their feud and even went so far as to party with each other, dancing up a storm.

Confirming this, Amitabh Bachan posted on his Twitter feed, “Danced my shoes off with all the youngsters…an amazing evening… spending time with Salman, Aamir, Shahrukh, Katrina and Anushka.” 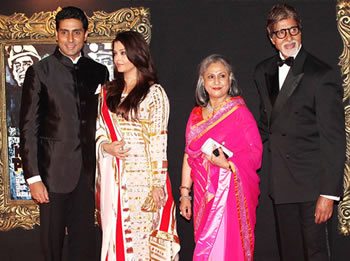 But celebrations for the patch-up were proved to have been made in haste when Shahrukh Khan later put paid to claims that the two had made repairs to broken bridges. The two were civil, but this was out of respect to Yash Chopra more than anything else.

“We have had a little bit of personal issue. This is not the first time, it is about four years ago. We were very close for 20 years… We have certain things that are similar and there are certain things which we disagree on. So at this point of time we are on that plane of disagreement…”

The actor also spoke about the chances of reconciliation: “There might come a time when these things will get resolved…but it will never be on a public platform. It will be a personal thing.”

Both movies have met with financial success in the box office, and have received an overwhelming response from audiences across the globe. Jab Tak Hai Jaan was shown on over 2500 screens across India to Son of Sardaar’s 2000.

Son Of Sardar surpassed the first week record of Bol Bachchan in the first weekend, and has collected Rs 66.02 crores during the first six days of release.

While it is sad news for those who were hoping to see Shahrukh Khan and Salman Khan star together in a film in the future, it is likely that two of the most beloved stars will not be making up too quickly.

Faisal has creative experience in the fusion of media and communication and research which increase awareness of global issues in post-conflict, emerging and democratic societies. His life motto is: "persevere, for success is near..."
Ajay Devgn takes on Yash Raj Films
Robert De Niro praises Anupam Kher