"You were great. I cannot imagine anyone else but you playing Dr Patel."

Anupam Kher must be an incredibly happy man these days. Especially, because he received praise from the one and only, Robert De Niro.

He recently attended the Toronto International Film Festival (TIFF) that took place in Canada, where two of his films were featured at the world-renowned film-fest.

The festival this year had a distinctly South-Asian flavour.

Aside from Anupam Kher’s presence in two separate films, Gauri Shinde’s first directorial attempt English Vinglish also had a part in the festival, as well as Mira Nair’s The Reluctant Fundamentalist  and Kannada film-maker Girish Kasaravalli was also featured with his The Tortoise, an Incarnation.

However, it is Silver Linings Playbook which is creating quite the stir. Anupam Kher shared the screen with Robert De Niro in the film, and sources reveal that De Niro sent Anupam Kher a note praising the Bollywood icon’s acting ability. 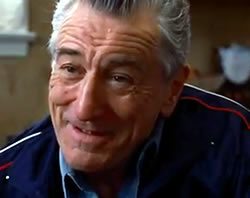 “You were great. I cannot imagine anyone else but you playing Dr Patel. You are a friend now and I will see you in India,” wrote De Niro in his personal note.

Considering the amount of awards that De Niro has won and been nominated for, and the amount of respect he has garnered over the years, there is no doubt that Anupam Kher has yet another feather to add to his cap.

Interestingly, Anupam did the audition for the film via Skype from India whilst in a small village in Rajasthan, where they had not heard of the technology and Kher had not used Skype before. And he said: “Skype became a folk-lore in the vilage!”

While sitting on one of the Doha Tribeca Film Festival, Anupam Kher compared his time working with Hollywood actors to his experience of Bollywood actors. 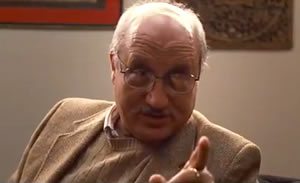 Saying that making films in India was about as organised as “a family picnic”, he felt that Bollywood professionals had an irritatingly casual attitude towards their work.

He claimed that in Hollywood, the level of discipline was remarkable, with directors unafraid to fire a team-member at the “drop of a hat” which is quite different to the rampant “trantrums” that Kher has seen multiple times while on the set of a Bollywood film.

Kher seems to have developed a taste for the realism and nuanced characterisations that are commonly found in Hollywood films, while looking unfavourably at the melodrama of Bollywood films.

The Silver Linings Playbook is based off the debut novel written by Matthew Quick, who hails from America. The book first released as a hardcover in September 2008.

Now, four years later, the screen-play by the same name was awarded the TIFF People’s Choice award and speculation is running rampant that the film might be in with a chance of winning Best Picture at the Academy Awards of 2013.

Robert De Niro made good on his earlier claim that he would visit Anupam Kher in India, and is in attendance of the Doha Tribeca Film Festival, where the film was screened. 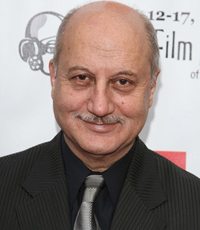 The two reportedly spent a fantastic evening with each other, with Ashutosh Gowariker, who is acting as part of the jury panel, joining them in the frivolities, with Kher later tweeting: “Ashutosh and I had the most memorable evening with Robert De Niro…”

The plot of the film version of the Silver Linings Playbook follows the journey of a man named Pat Salitano (played by Bradley Cooper) who returns to his home-town and to his parents’ house after an 8 month stint at a mental institution.

Trying to cling to the optimistic idea that every cloud has a silver lining, Pat is determined  to rebuild his life, see the best in awful situations, all while chasing the ultimate goal of winning back the affections of his wife. 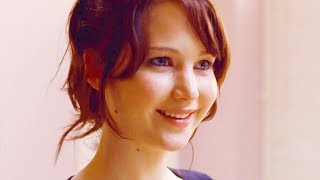 The film has generated critical acclaim, with many other celebrities having already watched the film and reacted positively.

This isn’t the first time that the movie industries of the Eastern and Western worlds have shared screen-space with each other.

Since Slumdog Millionaire released back in 2008, Bollywood has entered the radar of Hollywood.

With Anil Kapoor playing a pivotal role in the Oscar winning film, there has been a definite increase in the number of Bollywood actors appearing in Hollywood films. 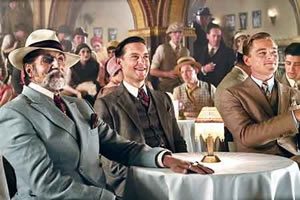 Amitabh Bachchan’s role in The Great Gatsby and Irrfan Khan’s role in the release Life of Pi is testament enough to the new level of exposure that Bollywood actors have.

Aishwarya Rai Bachchan is also a notable example when she appeared in the Hollywood release Pink Panther 2.

But the gradual merging between Bollywood and Hollywood has not been totally one-sided. Twilight star Kristen Stewart has announced her wish to step into Bollywood films, and to work with Hrithik Roshan in particular, and music celebrities such as Snoop Dogg and Akon have been actively involved with the Bollywood music scene.

Perhaps this new friendship between Anupam Kher and Robert De Niro is a sign of change within the mind-set of Bollywood actors. If so, then the next few years ahead will prove to be very interesting.

Simi has a thirst for anything to do with classical music, arts and literature. She can't function without playing the piano at least once a day. Her favourite quote is "Enthusiasm is excitement, with inspiration, motivation and a pinch of creativity."
No Love Between Shahrukh and Salman
Talaash a super hit for Aamir Khan