‘Squid Game’ actor Anupam Tripathi, who grew up in Delhi, has said he wants to perform in front of his home audience in India.

"That is my ultimate dream"

Actor Anupam Tripathi continues to receive praise for his role as Ali Abdul in the hit Netflix show Squid Game.

The actor, who grew up in Delhi, has now expressed his desire to perform in front of his home audience in India.

The South Korean series’ popularity continues to rise. The nine-episode series has claimed the number one spot on Netflix worldwide.

Anupam landed the role of Ali after his return to South Korea after a break in India.

The actor had won a scholarship to study at the Korea National University of the Arts in 2010.

Since then, he has played small roles in Korean dramas, including Descendants of The Sun.

Before securing his role in Squid Game, Anupam joined the Delhi-based Behroopia theatre group where he was mentored by the late playwright Shahid Anwar.

Anupam has now shared his desire to return and perform in India.

The actor said: “I’ve done theatre only in India, but I want to see and explore how I will do in my own language.

“I would love to express myself there.

“That is my ultimate dream – to perform in front of my own home and own audience.” 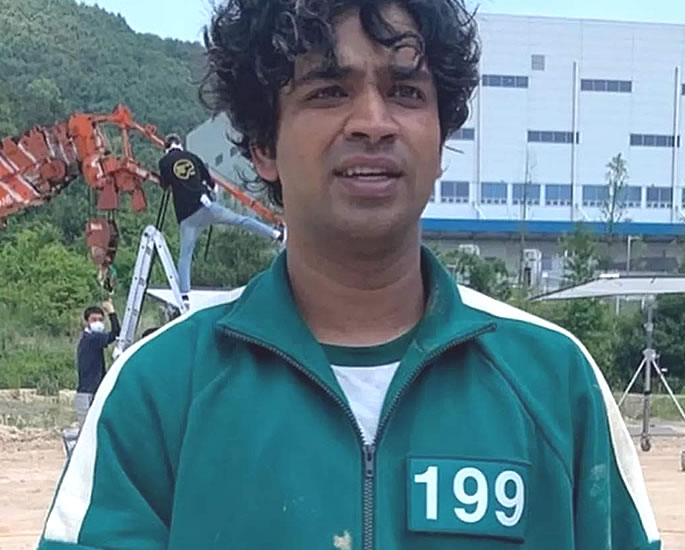 As the character required him to look strong, the actor gained 5-6 kilograms with help from a friend.

He said: “At that time, I didn’t have the correct body shape because I had just come back after eating home food, and once they said, ‘OK, you are doing this character,’ I was like OK now I have to put on weight, I have to work for it.”

The series has been compared to The Hunger Games, as well as the 2009 Bollywood film Luck.

Meanwhile, actor Ahmed Ali Butt has spoken out against the makers of Squid Game for casting an Indian actor in a Pakistani role.

Ahmed took to his Instagram Story to criticise the creators of the popular survival drama.

Ahmed said: “Why can’t these productions cast original Pakistani actors for such roles?

“We really need to make new progressive film policies so international filmmakers can use actual location and talent from our country rather than cheap substitutes.”

Anupam Tripathi spoke about the series and said that he is “only just coming to terms” with the phenomenal success of the show.

He added: “We felt it will be received well, but when it became a phenomenon and sensation, it was not expected – I was not prepared.”