Diljit Dosanjh has shown his appreciation for international superstar Rihanna by making a song in honour of her, calling it ‘RiRi’.

The song was Diljit's way of thanking Rihanna

Punjabi actor and singer Diljit Dosanjh has released a new song, dedicating it to Rihanna.

In the song, Diljit sings about Rihanna’s home country of Barbados and thanks God for creating a “pari (fairy)” like her.

He also expresses his appreciation for her beauty and wants to overwhelm her with presents.

‘RiRi’ was written by Raj Ranjodh with music by Intense.

The song was Diljit’s way of thanking Rihanna for expressing her support for the Farmers’ Protest.

On February 2, 2021, Rihanna had shared a news story about the protests, asking:

“Why aren’t we talking about this?!”

why aren’t we talking about this?! #FarmersProtest https://t.co/obmIlXhK9S

“No one is talking about it because they are not farmers they are terrorists who are trying to divide India so that China can take over our vulnerable broken nation and make it a Chinese colony much like USA.

“Sit down you fool, we are not selling our nation like you dummies.”

Kangana’s comment reignited her feud with Diljit Dosanjh, who shared a Punjabi proverb:

“Jaat Di Kohr Kirli, Shateeriyan Nu Jaffe… (in English, it means that your status in life is rather insignificant but you know how to talk big).”

They then went back-and-forth, with Kangana claiming that Rihanna’s comment and Diljit’s song was pre-planned while Diljit said her comments were boring him.

Kangana has now launched another attack on Rihanna. In reaction to a news story explaining who Rihanna is, the actress wrote:

“Yes please India wants to know, to simplify to Indians, she is a singer much like Sunidhi Chauhan or Neha Kakkar.”

“What is so special about her, well she can shake her bum cheeks and expose her a** crack right into the camera lens while singing, ya that’s all. Nothing else.”

“Well 99 percent India does not care or respect American way of life, one of the most debouched, money minded and self-centred societies. So calm down fools.”

“She hasn’t released a single song in 5 years, sells makeup but looks like she is feeling Corona blues.

“Forbes estimated incomes are just PR gimmicks big sham, a million or two won’t hurt her right now, also notice in her tweet she did not commit to any opinion, just a vague tweet.”

Listen to ‘RiRi’ by Diljit Dosanjh 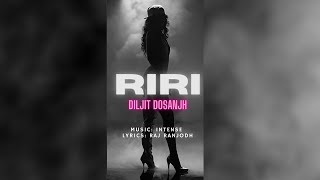 Dhiren is a journalism graduate with a passion for gaming, watching films and sports. He also enjoys cooking from time to time. His motto is to “Live life one day at a time.”
School Teacher quits Job to become Bollywood Music Star
Denmark-born Hasan Shah Makes his Debut with ‘Hawa’