Alongside Ranveer, Deepika is also a big fan

Ranveer was holding a Q&A session with his Instagram followers when he was asked what his favourite song is.

The actor, alongside his wife Deepika Padukone, actively uses social media platforms such as Instagram to communicate with his fans.

In the ‘Ask Me Anything’ session, his followers put forward a variety of questions.

Ranveer revealed the names of some of his favourite web shows, movies, games and songs.

On being asked about his favourite song, Ranveer said:

Alongside Ranveer, Deepika is also a big fan of the song.

When asked in a separate Instagram Q&A session, the Bajirao Mastani actress talked about her love of the song.

Singer and actor Diljit responded by sharing Deepika’s reaction to his Instagram page.

With more than three million streams on Spotify, ‘Lover’ is a popular track amongst Punjabi music fans.

Apart from Diljit Dosanjh’s ‘Lover’, Ranveer also said he was a fan of ‘Meri Pant Bhi Sexy’ by Govinda and Alka Yagnik.

This is not the first time Bollywood stars have praised Diljit’s discography.

Meanwhile, Diljit has opened up about his experience in the Bollywood industry.

After initially saying he would prefer to remain silent, the singer said:

“I have no desire of becoming a Bollywood star. I love music, and without anybody’s say, I can make my music.

“And I don’t give a damn about getting work in Bollywood.”

He has also appeared in many Hindi films.

The Punjabi artist will have a lead role in a new Netflix series opposite Rajkummar Rao. The untitled project will be created by Raj Nidimoru and Krishna DK. 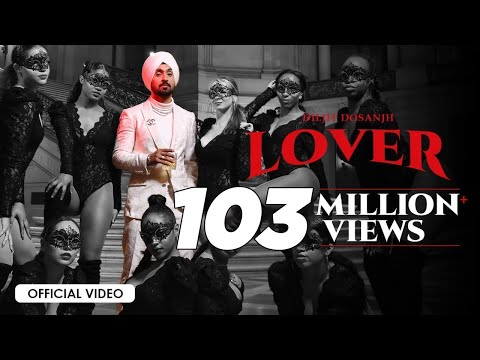 Ravinder is a Journalism BA graduate. She has a strong passion for all things fashion, beauty, and lifestyle. She also likes to watch films, read books and travel.
Shreya Kalra: Instragram Influencer booked for Traffic Dancing
Drake trolls rapper NAV on Instagram