Bollywood biggies featured in the latest Weekend Ka Vaar episodes of Bigg Boss 10. DESIblitz brings all the amazing pictures and details of BB10.

BB10 audiences were treated to dance, drama and unadulterated entertainment by the stars.

Jhalak Dikhhla Jaa judges Karan, Jacqueline, Farah and Ganesh were at their hilarious best and put on display their funny antics during the show.

As the superhit number ‘Baby Ko Bass Pasand Hai’ played all the stars grooved to the peppy song. 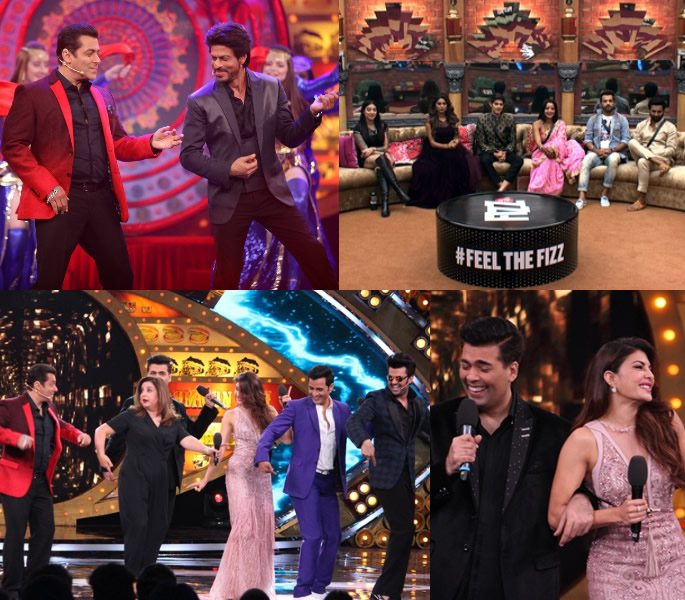 Bigg Boss 10 host Salman Khan then got Karan, Jacqueline, Ganesh and Farah to enact like contestants locked inside the Bigg Boss House and react to different situations given to them. What followed was a lot of masti, full of jibes hurled at each in a light-hearted way.

Salman later asked the guests to give quirky titles to the housemates as they spoke with them through JIO TV.

While Manveer got the award Bhai-the-way for saying ‘bhai’ all the time while interacting with Salman, Bani was given the Overacting Queen award.

Amidst all the action of two power-packed BB10 episodes, Mona bid adieu to the Bigg Boss House.

She is the latest contestant to get eliminated from the popular reality TV show after getting married to her long-time boyfriend Vikrant inside the Bigg Boss House.

Next up, Raees Shahrukh Khan joined Sultan Salman Khan on stage and what happened next was simply magic and fireworks on stage.

Both megastars gave a superb dance performance on catchy songs from their blockbuster movies. 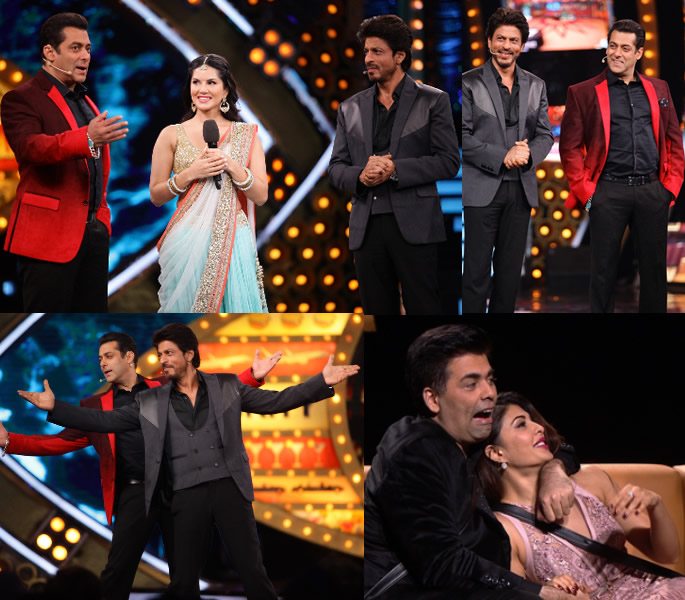 The Karan Arjun of Bollywood joked with each other and their witty and rib-tickling statements were thoroughly enjoyed and were met with thunderous applause by the studio audience.

Salman got into the famous character of Chulbul Pandey and interrogated Raees accusing him of stealing Shakaal’s Gobhi to which Shahrukh said he would take Ramu Kaka’s help to get him out of the troublesome situation.

Shahrukh also stated that he was busy watching Naagin when the theft of gobhi took place. Both actors had a good laugh while enacting this scene.

Next came Sunny Leone who was styled like a Desi kudi. Sunny gave a scintillating dance performance on the famous item number from Raees, ‘Laila O Laila’.

Sunny joined her Raees co-star Shahrukh Khan on the BB10 stage with Salman Khan. She made Shahrukh and Salman enact a famous scene from the iconic movie Deewaar. 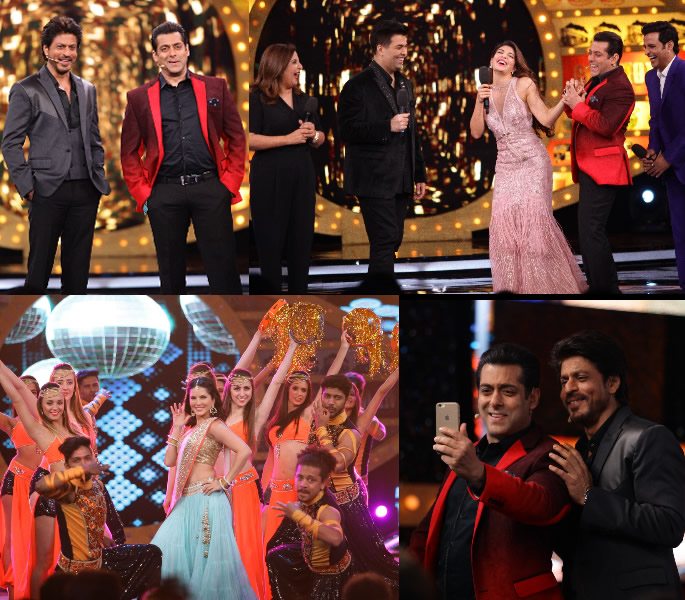 Salman and Shahrukh’s funny version of the rather serious dialogues from the yesteryear movie made Sunny gush.

Shahrukh later in his Don andaaz made a phone call to Manveer and gave a secret task to him.

More drama, fun and entertainment unfolded during the show as is always expected when Bollywood’s Badshah Shahrukh Khan and the Dabangg hero of millions Salman Khan come together on television and the silver screen.

With famous names from the Bollywood fraternity gracing the latest Weekend Ka Vaar of the 10th season of Bigg Boss, it seems like celebrations have already begun before the soon-to-commence finale of the most-watched Indian reality TV show.

To find out who among the remaining contestants will be declared the winner of Bigg Boss 10, watch the show daily at 9 pm on Colors TV UK.