The month of November has been transformed into Movember, celebrating the hairy upper lip of all men everywhere. DESIblitz take a look at the reason behind Movember and some of the classic styles through the ages.

"I massage it and oil it regularly and I wash it every 10 days which takes a long time."

The moustache has always been an integral part of South Asian culture and heritage. For many, it is seen as a sign of prestige, honour and authority.

India houses one man who holds the longest moustache in the world. Making it into the Guinness World Records, Ram Singh Chauhan is the doting owner of an impressive 4.29m (14ft) long moustache.

Ram Singh admits that he uses coconut oil to look after it: “I massage it and oil it regularly and I wash it every 10 days which takes a long time. My wife helps me,” he says. 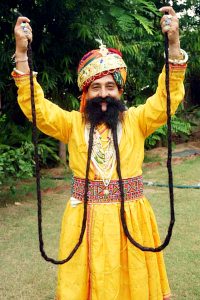 The moustache is not a new invention, dating back for centuries it is synonymous with style, masculinity and pizzazz. But for the past ten years in particular, it has also been tantamount to something else – men’s health.

If you were to look around your workplace or college, no doubt you will see copious amounts of men all sprouting varying degrees of facial hair – this month marks the tenth annual ‘Movember’, a month-long event designed to raise awareness for testicular and prostate cancer and mental health by men growing moustaches.

The premise is simple – all you have to do is show your support by growing a moustache for the whole of November. The idea for ‘Movember’ all started back in 2003 in a small bar in Melbourne, Australia.

Two friends Travis Garone and Luke Slattery were having a quiet beer at the pub when their conversation turned to recurring fashion trends. They questioned where the moustache had gone and joked about bringing it back.

The two friends decided to talk their mates into growing a moustache and inspired by a friend’s mother who was fundraising for breast cancer, they decided to make the campaign about men’s health and prostate cancer. 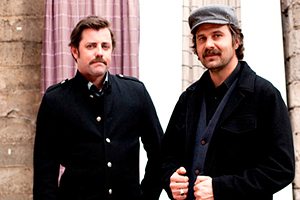 They designed rules and guidelines for ‘Movember’ (which are still in place today) and agreed to charge ten dollars to grow a moustache.

Travis designed the first ‘Movember’ logo, and they sent around an email titled ‘Are you man enough to be my man?’ They found 30 guys willing to take up the challenge.

These 30 men grew their ‘taches with such enthusiasm that in 2004, the decision was made to officially formalise the concept and to recruit more participants to grow their facial fuzz for a good cause. They settled on Prostate Cancer Foundation of Australia (PCFA).

That year, 450 ‘Mo Bros’ raised $54,000, with men taking part in Spain and the UK. From then on, the idea of growing a moustache to raise awareness snowballed, with £92 million being raised globally in 2012 alone.

The concept is a simple one – on the 31st October, men (known as Mo Bros) get rid of all of their facial hair, ready to see in the 1st ‘Movember’ clean-shaven. 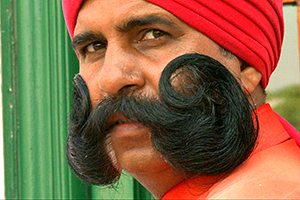 They then have the whole of the month to grow a fabulous moustache to help spread awareness for men’s’ health.

If you want to do it properly, you will need to register on the Movember website, either as part of a team or on your own, download promotional material and raise money.

Now, while this may seem like one just for the boys, girls can get involved in a number of ways. ‘Mo Sistas’ can participate by donating to anybody they know who is taking part, organising events and supporting Mo Bros.

It’s a well-known fact that women are better at talking about their feelings than men are, so Mo Bros everywhere can hope that women involving themselves in ‘Movember’ can encourage them to communicate more openly about their health issues.

Bollywood has also jumped onto the ‘Movember’ bandwagon. Stars and actors have all opted to try out different styles. From the likes of Ranveer Singh with a young handlebar moustache, and Ajay Devgn, with the ‘Connoisseur’, sporting something with the potential to be an almighty trucker. 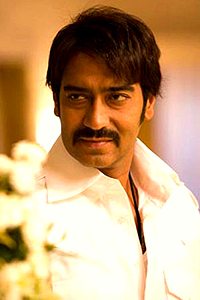 Now, opinions on the moustache – whether for a good cause or not – are divided. Women tolerate the ‘Movember’ ‘tash for a myriad of reasons – it’s an amazing campaign that deserves everyone’s support, and it turns the moustache into a badge of honour, a symbol of solidarity with one’s fellow man.

It shows that men care, and that in itself can be attractive. However, some women are glad that it is only lasting a month. Sara, whose boyfriend is taking part this year, says:

“While I know that ‘Movember’ is a good thing, and I salute the people who take part, I can’t help but be pleased when the 1st December comes round so my boyfriend can get rid of his dodgy moustache. Last year, him and his brother-in-laws all grew horseshoe moustaches, and they all looked ridiculous.

“The year before that, they tried to grow handle bar ones, but none of them went to plan. I appreciate it is for a good cause, and I’m really proud of how well they all do, but I much prefer him without the facial hair.”

Are you in the early throes of ‘Movember’, but unsure of the direction to groom your emerging ‘tash into? Well, rest assured – there are literally dozens of different styles that budding Mo Bros can follow, from the ‘Salvador Dali’ and the ‘Trucker’, to the more conventional ‘Connoisseur’ and the handle bar.

Helpfully, the official ‘Movember’ website has some grooming tips to allow Mo Bros to get the most out of their luscious facial hair. Pointers include:

The website also tells you the kind of food to approach with caution – the list includes cappuccinos, spaghetti carbonara and tacos.

Although it may be the middle of November (sorry, ‘Movember’…), it isn’t too late to get involved – speak to any male friends and see if any are avoiding shaving for a good cause.

If they are, dig around in your pockets and give a donation. Or, if you’re a man who wishes that they’d taken part, simply forego the shaving for the rest of the month and see if you can train your moustache into a style that takes your fancy.

Remember, it’s all for a great cause – these Mo Bros effectively become walking, talking billboards for 30 days. Through their growing efforts they raise awareness for the often ignored issues of men’s health, by prompting conversations wherever they go. So do your bit for charity – support a ‘tash today.

Jess is a journalism and creative writing graduate with a passion for learning new things. She loves fashion and reading and her motto is: “If you want to know where your heart is, look at where your mind goes when it wanders.”
Popular Hair Removal Treatments
The Best of Healthy Cooking Oils