Are Smartphones Impacting Your Relationship and Sex Life?

“Nothing beats face to face interaction."

Smartphones are changing the way people view relationships and sex.

In Desi culture, traditional approaches to relationships would include introductions through an intermediate, no sex before marriage, no texting, little calling, and perhaps a visit or two leading up to the marriage.

Even as romantic relationships began to progress in later Desi generations, communications were still had through phone calls and on seeing one another.

However, smartphones have changed all of that for everyone. It’s now far easier to text, send nudes, date online, and meet new people.

In order to understand how smartphones impact relationships and sex, it is important to look at how relationships have changed over the years and how technology has found a way to both improve and damage them.

Philip Karhassan from Psych Alive, mentions that dating without the use of technology was simply communication in person which would make people feel scared of approaching others.

With the emergence and popularity of smartphones though, people feel less anxious about meeting new people as they can do this online through the safety of a computer screen.

But this also has its drawbacks as it can encourage dependency on a phone and affect a person’s social interaction skills in real life.

For people with anxiety, even meeting people online can be a daunting process, as although it can make you less nervous, it builds expectations in the other person’s minds.

Addi, 21 from Birmingham says that whilst online interaction is easier, it is still daunting for some people. She tells us:

“Talking online can be easier but it doesn’t mean you’re not anxious… The only thought that will cross my mind after that is, ‘but what about when I do meet them? What will they think when they find out I’m not actually like this?’”

This presents another problem as those who only interact online will find it even harder when they are forced to meet the same people offline. It means that online dating creates a shield and when taken away, the person is left feeling vulnerable.

In addition, the safety of being behind a screen can also allow people to become ‘someone else’ and display personality traits that are difficult to replicate in real life. So, how can you be sure if the individual you date online is how they actually are in person? 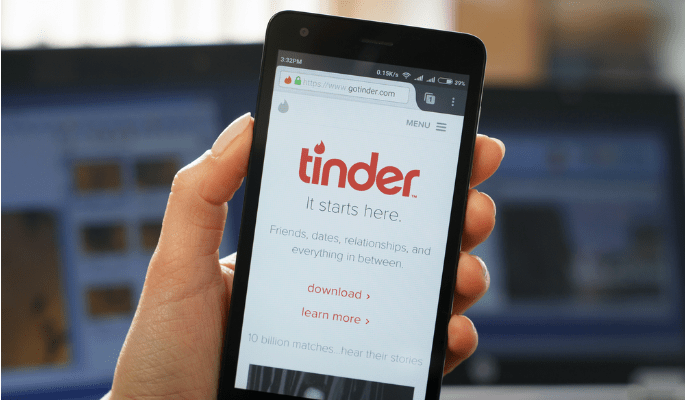 Dating sites have also adapted to new technology. Apps like Tinder can be accessed through a smartphone and is similar to texting but without the person’s number.

It also means that messaging can take place at any part of the day and not just when you get home and onto a PC.

Using sites such as Tinder are also less daunting. This is because, wherein normal life someone would have to find out another person’s interests, the app does all of this for you.

Tinder matches people based on similarities which take out the hard work of finding out what someone likes and dislikes. But again, this encourages the dependency that people begin to have on using their phone to socially interact. It can cause relationships to escalate quickly online which then becomes a challenge to maintain when you meet the person in real life.

It also allows you to easily present the ‘perfect’ version of yourself at all times, whether through photoshopped/filtered selfies or an exaggerated bio on your profile.

One good thing about apps like Tinder is that if someone does not like a person they can easily ‘delete them’ and move on. There is less fear of failure because nobody really knows each other.

Raveena Chanchal, 23, from Birmingham, says: “There’s no fear when swiping on Tinder because there are so MANY possibilities out there that it doesn’t bother me if someone swipes back or not.

“I’ve had 3 relationships from Tinder and I gotta say it’s much easier than to meet people in real life as it’s all done over an app. So there’s no getting shy or having to work up the courage to talk to someone because they can’t see you or anything.”

Zahra Ebrahim, 22, from South Africa found her fiancé on Tinder. She said:

“Nothing beats face to face interaction, but you meet people you probably wouldn’t have without Tinder, so it broadens the horizon.”

Ebrahim mentions that there are not many Asians where she lives in South Africa, and Tinder allows people to narrow down the options of what a person is looking for, especially if you are Asian and trying to find another Asian.

For the Asian community, Tinder may serve as a good way to meet potential suitors with the checklist already considered by Tinder itself. There are also many online websites catered specifically for Asians looking to get married or date.

More traditional sites such as Shaadi.com and SingleMuslim.com are also popular because they are a convenient way of approaching other people in the same situation and culture, without the hassle of having to meet first. They only meet in person if the online conversations have gone well. 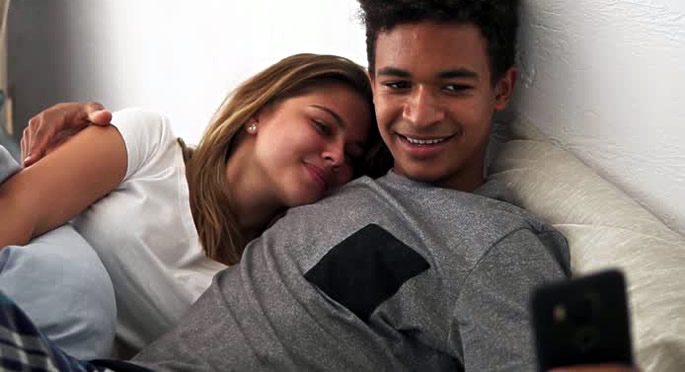 Participants in the study said that smartphones were helpful in communicating with each other. Things like setting dates were easier to do and vital in establishing romantic relationships. They also reported that they used smartphones to send messages of affection, which resulted in healthy relationships as the other person is continually aware of their feelings.

“I don’t know what older people used to speak about, they didn’t know what was going on in other peoples’ lives. There is only so much you can talk to about with somebody you see every day – these [social networking] sites give us talking points.”

Whilst only a few of the participants disliked the use of smartphones in their relationships, some of the negative impacts include:

Zara Ahmed, 30, from Manchester, said: “My husband doesn’t even hear what I say because he’s too busy chatting on his phone.”

Sex and intimacy can be dramatically reduced due to lack of interest from your partner, severely affecting a couple’s longevity. And for those unable to find satisfaction in the bedroom could look for other avenues.

Smartphones have impacted relationships and sex lives in both positive and negative ways. Whilst good for meeting people in the first instance and for establishing relationships, they can endanger the relationship by acting almost as a third wheel.

For Asians, relationships have dramatically evolved. From traditional arranged marriages, to love marriages and now opportunities to date online. Smartphones have played an integral part in Desis meeting and engaging in relationships.

Asians can find other Asians through apps and can talk easily. But some will feel that they continually ‘need’ their smartphone. And this reliance or dependency reduces their social interaction skills in real life or encourages insecurities, self-doubt and low self-esteem issues in their partner.

With phones having such an impact on relationships and sex, as technology continues to evolve, could we see even more changes in the future?

Alima is a free-spirited writer, aspiring novelist and insanely weird Lewis Hamilton fan. She's a Shakespeare enthusiast, with a view: "If it were easy, everyone would do it." (Loki)
Top 5 Fenty Beauty Reviews from British Asian Beauty Vloggers
Sex Help: He Admitted to Sleeping with a Sex Worker