Low self-esteem is a growing modern day issue. DESIblitz explores the issues around body image and the expectations for young girls to look a certain way.

"I believe that beauty is diversity. I don’t believe there’s one set box of what is ‘beautiful’."

A person with low self-esteem can feel unworthy or unimportant. They tend to see themselves in a negative or critical light.

Low self-esteem is a big issue for teenagers in modern day society. Especially when it comes to appearance. Growing up in the west, where we are continually bombarded with pre-conceived images of beauty, any young teen journeying through puberty can feel insecure.

But now in a digital age, the rise of insecurities around body image correlates with the huge increase in the use of social media.

While it is unfair to blindly state that social media is the root cause of low self-esteem in young girls, there are strong associations.

From Instagram selfies, endless snapchat ‘flower crown’ filter and even Facebook profile pics, social media has become a place where how ‘pretty’ you are is based on the number of likes you get. 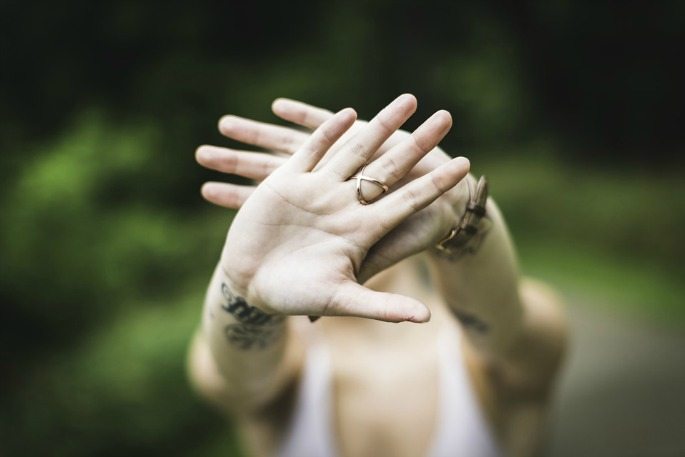 On a daily basis, women are exposed to images of celebrities and models who show off a desirable body image. Whether this be on social media, TV or even in shop windows, it is almost impossible to escape.

Many western perceptions of beauty are based on what we see around us.

The message young girls receive then, is that without looking this certain way they will not be seen as attractive.

From body shape, to how seductive your selfie pout is, young girls now feel as if they are encouraged to look a certain way which is seen as desirable to others.

It may even make them believe that they cannot be successful unless they look beautiful or desirable.

However, the ‘desirable’ body image for women continually changes in the same way that fashion trends do. One minute the ‘ideal’ figure is to be thin, then the next is to have curves.

A few years ago, being thin was the ‘in figure’. However now, young teenage girls are told that this is not attractive anymore. Cue Instagram posts of Kim Kardashian and Kylie Jenner who promote curvaceous figures.

Women may spend a lot of time and effort to get a certain body shape, only to achieve this body shape and the trend change.

Take eyebrows for example, a few years ago, a thin line was in fashion, and now it’s all about the thick eyebrows.

Many of us will watch endless beauty videos on YouTube from renowned MUA’s teaching us how we can change our entire appearance through the right contouring effect.

Unfortunately, body shape cannot be changed as easily as eyebrow shape can.

Expectations of body image can arguably have a more dangerous effect on young girls who want to aspire to society’s standards.

In worst case scenarios they can develop eating disorders or undergo dangerous dieting fads, all because they want to look like what is seen as ‘attractive’ and ‘acceptable’ by society. 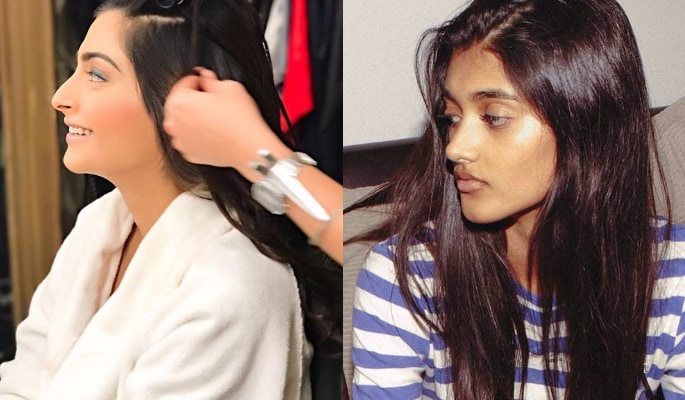 The term ‘celebrity’ has changed greatly over the past few years. The generation of reality TV stars who are ‘famous for being famous’ and predominantly for their looks.

They have become the selfie generation, as this is where most of their publicity comes from. Many of their selfies are said to be heavily edited by professionals, giving young girls an unrealistic expectation of how they should look.

As well as this, undergoing cosmetic surgery is another celebrity. Teenage girls then aspire to have a body like them, which is not naturally possible without surgery.

Some Indian actresses have been known to change quite drastically through the course of their careers, either through weight-loss, or beauty makeovers. Many young girls looking at this will forget that celebrities have a huge team behind them.

In a piece for Buzzfeed, Sonam Kapoor busted some of the myths around celebrity ‘flawlessness’:

“Here’s the real deal: Before each public appearance, I spend 90 minutes in a makeup chair. Three to six people work on my hair and makeup, while a professional touches up my nails. There’s concealer on parts of my body that I could never have predicted would need concealing.”

“It’s someone’s full-time job to decide what I can and cannot eat. There’s a team dedicated to finding me flattering outfits. After all that, if I’m still not “flawless” enough, there are generous servings of Photoshop.”

Sonam is one of the growing number of Bollywood celebs who has been open about the dangerously “strict” rules of how to be beautiful.

She comments on how ‘trolls’ regularly slate her appearance. But now, instead of taking this negatively, many celebrities like Sonam have turned them into a positive to help others going through self-esteem issues.

In February 2017, British Asian model Neelam Gill was announced as an ambassador for the L’Oreal campaign to help people with self-esteem issues. In a video posted on her Instagram page, Neelam spoke about her own insecurities about how she looked as an Asian girl growing up in the west:

“I grew up being ASHAMED of my skin colour and wanting to be fairer, because in the mainstream media that was what I believed to be beautiful. I never want ANYONE to feel the way I once felt.”

“When I was in school I could never really look in a magazine and see a girl that looked like me, so to know that my sisters can do that is a really, really great feeling.

“I believe that beauty is diversity. I don’t believe there’s one set box of what is ‘beautiful’.” 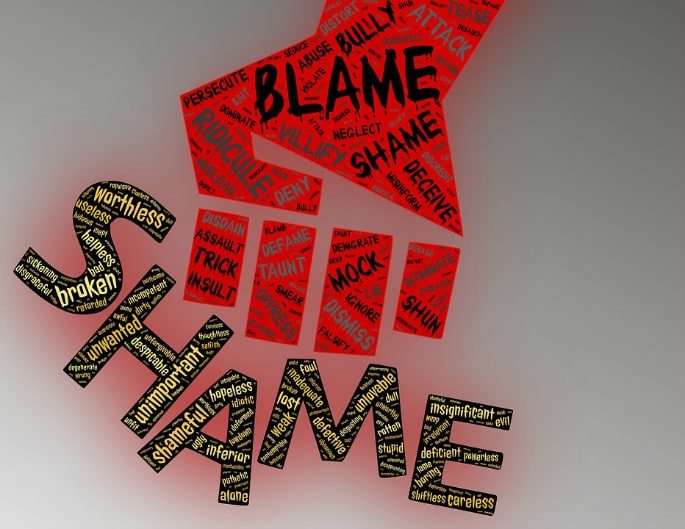 While it is nice to see celebrities come out in support of beauty in every shape or form, for a young girl facing confidence issues on a daily basis, trolls and body shaming offer a different story.

On Facebook and Instagram, many young girls will feel themselves being ranked on the number of likes they get. They rate their own friends, and in return receive the same.

Posting selfies is a very controlled activity. 50 clicks may have gone into the creation of the perfect selfie, but what happens when an unassuming friend posts a picture that you think is unflattering? What happens when the trolls and body shamers make offensive comments about an image you have no control over?

Anika tells Proud2Bme: “People also say things they’d never say to your face. It’s like Facebook gives them a screen that totally blocks out their emotions…they don’t have to see how I’d react when they same something negative about me. We are relying on judgments from people we’ll never meet to determine our worth.”

In the South Asian sphere, women are also finding themselves under similar scrutiny.

Previously, the expectation for South Asian women to become ‘marriage material’ was to make sure they knew how to cook and be a good housewife etc.

Now, due to progressive modern day communities, these expectations are not as prominent anymore. However, on the other hand, the expectation to look a certain way has over taken. 22-year old Suki says:

“When I was younger, neither me or my peers were bothered about their looks. None of us wore makeup and no one seemed to judge anyone based on appearance. These days you see girls as young as 12 wearing makeup to school. I definitely think the glorified celebrity culture has a part to play in this.”

MySahana, an organisation dedicated to increasing awareness about mental health, emotional health and well-being in the South Asian community explored the top causes for low self-esteem in South Asians.

Aside from the generic reasons such as psychical appearance, excessive criticism and bullying the organisation found that there were reasons more applicable to the South Asian community.

For example, academic failure or unemployment can be a leading factor for low self-esteem. As many South Asians grow up believing that if they do not gain a certain academic achievement or career they will become a failure, this is an added pressure.

Although it is normal to suffer from low self-esteem from time to time, there are places to get help if it becomes too much: