Are Anxieties and Insecurities caused by Social Media?

Are feelings of insecurity and anxiety caused by Social Media? Studies suggest that such feelings are revolved around social media users. But not all agree.

“I just like putting my life out there showing people I am doing something.”

While scrolling down your social media feed, do you stop and wonder, ‘why can’t I be like that?’

Well, a new study has found that social media usage makes people feel more isolated and insecure than those who do not frequently go online.

The study conducted by the American Journal of Preventive Medicine by Pittsburgh University, ‘Social Media Use and Perceived Social Isolation,’ experiments with 1,787 adults in the US, between ages 19-32.

The study began in 2014 and has recently been published. 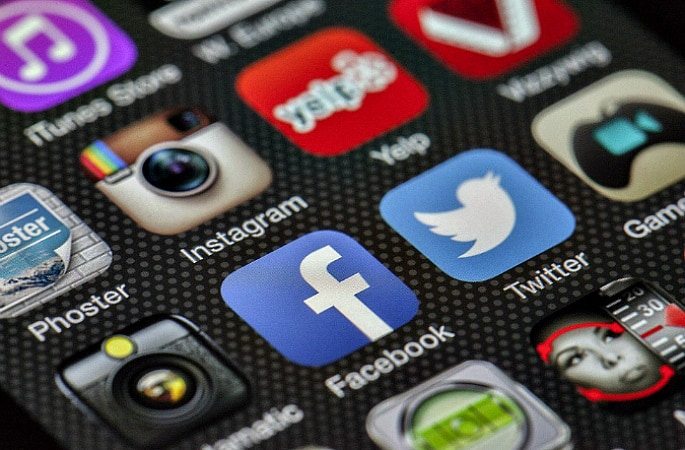 A study, conducted by Pittsburgh Univerisity, found that those who used social media apps for 2 hours a day, and those who checked their social media, 58 times a day, were twice as likely to feel lonely.

The study’s lead author, Brian Primack, said: “We are inherently social media creatures, but modern life tends to compartmentalise us instead of bringing us together.

“While it may seem that social media presents opportunities to fill that social void, I think this study suggests that it may not be the solution people were hoping for.”

Social media interaction is used as a replacement to traditional socialising. People who either do not have many real life friends or do not feel comfortable in outside society may turn to social media to fill that gap.

Brit-Asian youngsters may do this to stay connected with friends they cannot always see. Also, those whose parents do not allow them to go out regularly may develop unhealthy social media obsessions.

Likewise, people who may already feel depressed and have anxiety may find it easier to interact online. The online world provides them with a security against having to go out and find friends.

However, it is unclear whether the people studied were already feeling isolation before social media.

Are you Social or are you Lonely? 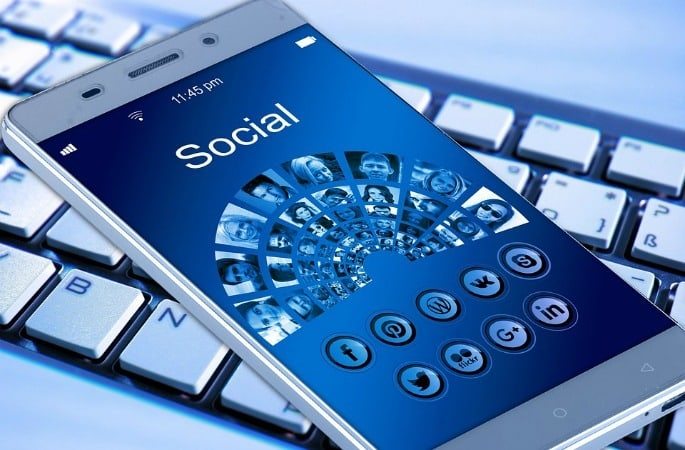 The Professor of Pediatrics at the Pittsburgh University explains it could be a combination of people turning to social media, because of loneliness and depression, or prolonged use of social media having negative effects on their mental health. The professor further adds:

“It’s possible that young adults who initially felt socially isolated turned to social media. Or it could be that their increased use of social media somehow led to feeling isolated from the real world. It also could be a combination of both.”

Even if these people were already feeling lonely, social media would only make them feel more insecure. 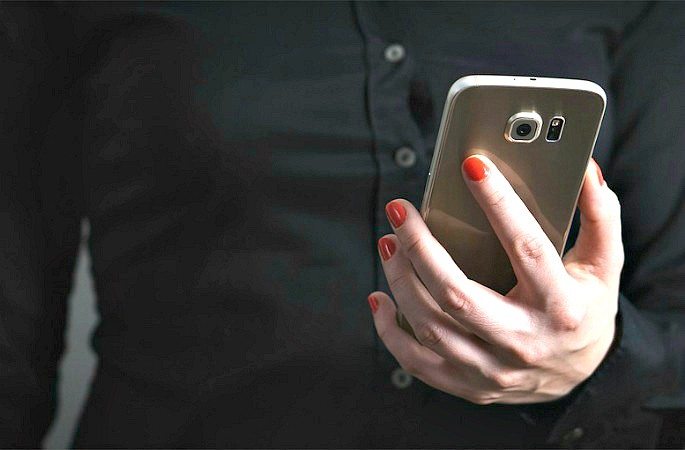 In the Brit-Asian society, things such as weddings are now well documented on online platforms. Regular Facebook checking and Snapchat posting takes away privacy. It allows everyone and anyone to see where someone is and what they are doing.

Additionally, it also gives away who got married and how many children they now have!

Also, if someone isn’t invited, they will feel isolated and insecure.

British Asian and avid Snapchat user Raveena Chanchal, 23 from Birmingham, said she liked putting up snaps of her day. She says:

“I just like putting my life out there showing people I am doing something.”

This urge to show the world what you may be up to leads to people viewing the posts with insecurity because they do not feel their own life is as interesting.

People like Chanchal cannot enjoy a moment. Unless it is captured on social media first. This leads to insecurities within themselves, if they do not have anything to upload. It is the need to impress.

Feelings of worry that they may not be good enough can emerge.

Desi parents may not always understand depression and anxiety, which makes it harder for young people to confide in them. The only thing that may help is the internet. Social media can be the only solace as it opens up a world of other sufferers they can relate to.

Insecurities can arise because in Desi households there may be a pressure to look or act a certain way. Since things like depression and anxiety are not discussed or even accepted, it can lead to feelings of isolation.

The individual can start to feel as if nobody understands because they don’t look like the traditional Desi daughter or son.

But, using social media may not be the correct solution even for Desi boys and girls. It might make them feel better at the time, perhaps finding people to talk to but, nothing beats direct communication outside of social media.

Yet, for British Asians and Desi Asians in the US, social media may be the major way to contact people they cannot otherwise see on a daily basis. If someone is not able to see their loved ones then talking online can also make up for it. 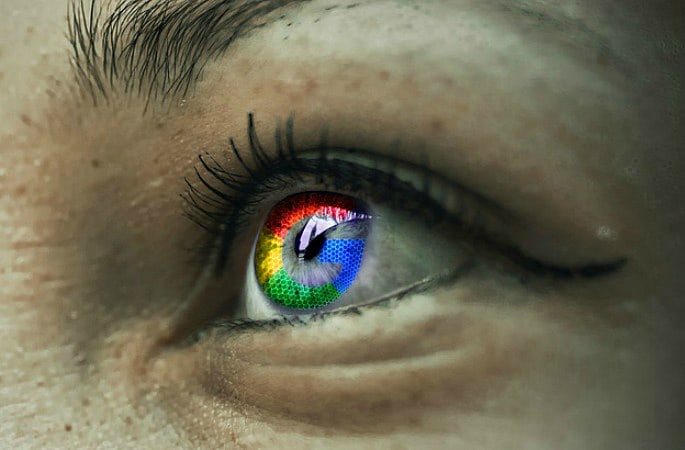 According to a research by the Nationwide Building Society, almost 9 out of 10 individuals aged 18-34 felt lonely at some point in their lives. They had over 103 online friends on average, compared with just 17 they saw offline.

As a result, young people find it hard to make friends. This is because they rely on social media for interaction, taking them away from real world acquaintances. 25% of those surveyed said they spent more time talking online than they did in person.

Anxieties and insecurities can be amplified online due to a number of things. Seeing images of others may lead to insecurities about body image for example. In addition, these feelings may arise when people don’t message back. Social media allows so much sharing of images and posts that keeping up leads to isolation from the real world.

Furthermore, anxiety can develop online as it is drawing the person away from reality. To deal with the feeling, people often need to conquer their fear of leaving the house. But, social media offers a way to talk to others without leaving the house at all.

Although this might seem ok for those with strict Desi parents. But, it creates more isolation and anxiety than they may have had, to begin with.

If people are going online to combat anxieties and insecurities they face offline, they are simply transferring themselves to an online world.

Ales Zivkovic, Counsellor for the NHS and owner of private psychotherapy goes into detail for The Huffington Post. He suggests that depression causes people to turn to social media to try and alleviate it.

When someone is feeling depressed and insecure, social media is easier to log into than talking to someone in real life. However, when they receive no messages in return, they start to feel worse.

Social media cannot replace real life interaction, and this is not understood by those turning to social media for help.

Alan Patel, 26 from Birmingham, says: “You can’t replace traditional socialising cause it’s not the same thing as in talking to someone but it depends on the person if you’re shy you’re more likely to text the person instead.”

Yet, being shy is not the problem. But, online interaction holds more disappointments than real life. Apps such as WhatsApp and Snapchat have read receipts. This simple trick can make insecurities arise because being left on reading will lead to feeling isolated and ignored.

Talking online cannot substitute for real life interactions because in person there is a physical attention that gives more than any social app can. Things such as hugging, and laughing are amplified with real life socialising.

Ivkiran Kaur, 20, from Slough, said she can often feel insecure and ignored online when she does not get replies.

Further, websites such as Tumblr have become a haven for quotes on things such as depression. Young people on sites like this do not interact with anyone besides like-minded people. This presents them to an online world filled with posts on insecurities, meaning they can never move past it. 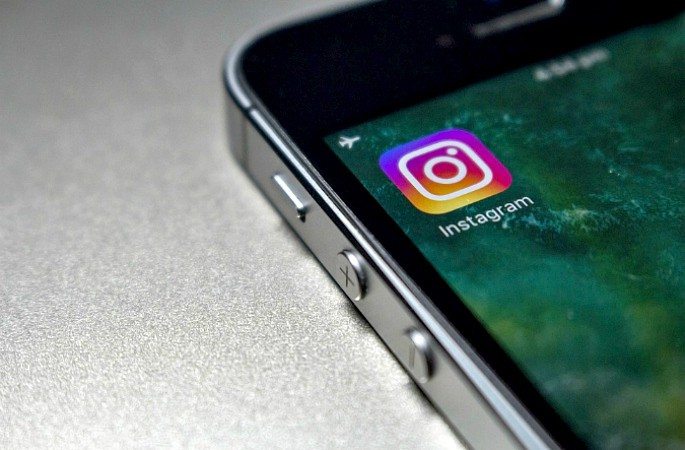 However, another study by Psych Central, suggests that social media app Instagram can be good for depression.

The study by Drexel University found that Instagram can be helpful in conversations about mental health. The positive responses to posts regarding appearance outweighed negatives, with comments like, “You are strong and beautiful.”

People turned to Instagram because it provided them with a safe community, in which they get the praise they cannot obtain in real life. Also, Instagram has taken it up to protect its users with a flag button allowing a user to flag a post by someone they think is in trouble.

Instagram can then directly message the user and ensure their safety.

Talking to friends and family in person is always going to feel better than talking to people online, although it may not seem like it.

When talking online, the other person is more or less a stranger and can, therefore, give unbiased advice.

But, it still won’t quell the insecurities and anxieties because they started at home – in the real personal world, and ultimately will be best fixed there.

Although the studies conducted are unclear whether the participants already had depression and anxiety before social media, it is clear that prolonged use of social media certainly adds to some people feeling isolated and insecure. However, this is mainly subjective and some people use social media to reconnect with old friends or those who live further away.