In a collaboration with Emojifi, Sunny Leone has launched a range of sexy emojis. Fans can use these personalised Sunny Leone emojis on social media apps.

Fans will be able to share the emojis with both their family and friends.

Bollywood star Sunny Leone has launched her own unique range of sexy emojis.

The collection, called Sunny Leone Sticker Emoticons, can be used across many chat platforms. These include Facebook Messenger, Hangout and WhatsApp.

The launch of the Sunny Leone’s sexy emojis comes as a result of a collaboration between the star and Emojifi.

Fans can get the sexy emojis by downloading the Emojifi app, available on both Google Play Store and iOS App Store.

Sunny took to Twitter to make her announcement and express her excitement: 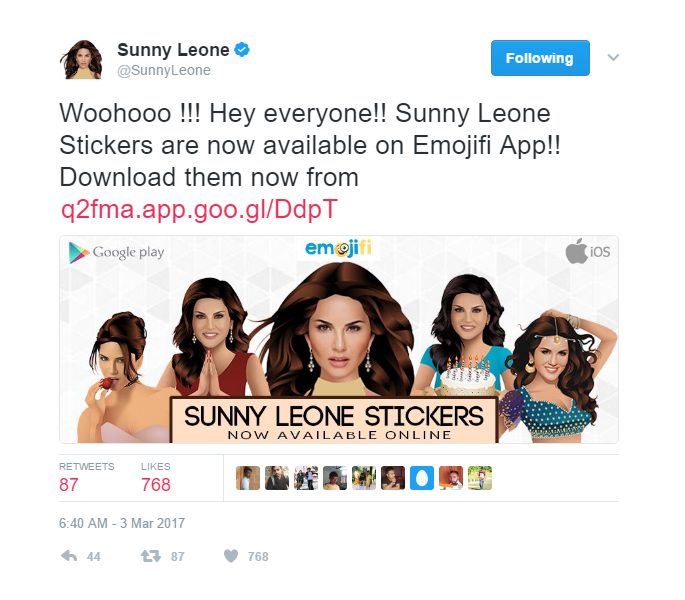 Once fans have downloaded the sexy emojis, they will appear live as fans type during a chat. They will also be able to share the emojis with both their family and friends.

The collaboration shows a wide range of emojis fans can use both on chat and social media apps. 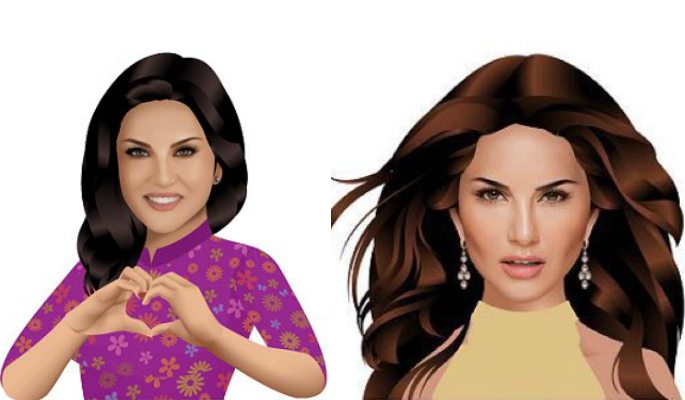 Both Sunny Leone and Emojifi will be keen for the sexy emojis to be a roaring success.

Emojifi, a company based in Hyderabad, India, creates a unique way in how users can add emojis into their chat conversations. While on mobile phones or tablets, users normally have to switch between keyboards if they want to add in emojis.

However, Emojifi works with the normal keyboard and looks at what you’re typing. It will offer emojis as suggestions to add to your response, based on the tagged words you included.

Emojifi’s creator Varun Medapuram said: “None of the messaging apps suggest the right emoji for you to click when you type in the word, instead you have to scroll through several ‘pages’ to find the right emoji.”

Now with a new partnership with Sunny Leone, Emojifi can expect to earn new fans with the release of the Bollywood star’s sexy emojis.

The Emojifi app is available to download on Google Play Store and iOS App Store.